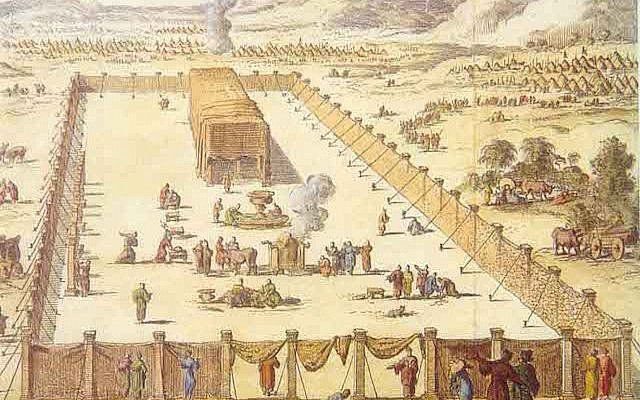 We’ve already been told about Shabbat in earlier parshiyot, including as one of the Ten Commandments. It seems to me that the placement of this mitzvah between the Heavenly mishkan and the earthly mishkan is to help us transition from one to the other. It conveys the message that Shabbat is the centerpiece of our identity and the catalyst to ensure that we put our religious values into practice.  But week after week, is this in fact how we utilize Shabbat?  The opportunity is there, but unfortunately, we often find ourselves going through the motions of Shabbat observance without truly absorbing its transformative potential.  To really be present on Shabbat is something that is very difficult for us, I believe, for two reasons.

First, we are simply exhausted when Shabbat begins.  We must work so hard during the week to afford a modern orthodox lifestyle (another important topic) that by the time Shabbat arrives we are simply drained of any energy.  Because of our sheer exhaustion, Shabbat in many homes becomes a day off from work as opposed to the centerpiece of our identity.

Second, many of us don’t find the process enjoyable and some of us find the process uncomfortable. Many of us find it difficult to sit through a two-hour Shabbat morning davening especially if we don’t understand what we are saying.  Many of us have doubts about God.  Many of us are angry at God for a variety of reasons so we don’t use Shabbat as an opportunity to reflect.  We simply go through the motions, fulfilling the technical requirements of Shabbat while avoiding the inner experience.  When engaging in our faith is difficult and uncomfortable, we practice avoidance instead.

I was recently reading an article in Christianity Today entitled, “The Biggest Hindrance to Your Kids’ Faith Isn’t Doubt.  It’s Silence.”  According to a study conducted by the Fuller Youth Institute, over 70 percent of churchgoing high schoolers reported having serious doubts about faith.  Some students expressed and shared their doubts and some did not.  The study found that the students’ opportunities to express and explore their doubts correlated with greater faith maturity.  In other words, this study suggested that doubt is not toxic to faith, but silence is.

The article states that people have lost the ability to speak about faith in real life.  But we avoid the topic of faith to our spiritual detriment.  Because it is through the process of speaking about, living with, and grappling with our faith in real time, that language, behaviors, beliefs and values are internalized. The authors argue that the key to bringing the language of faith back into everyday life is to find small ways to speak it again and to create spaces to encourage this language.  Isn’t that exactly what Shabbat provides?  Shabbat provides us with a weekly opportunity to reflect and to speak about our relationship with God.  So let’s take up the challenge of the Lubavitcher Rebbe. Let’s transform the Heavenly mishkan into an earthly mishkan using the holy tool that God provided us.  It is tiring and it can be frustrating at times, but working through the obstacles will be worthwhile.  Transforming the Shabbat from a day off to the centerpiece of our week and our identity will be so rewarding.