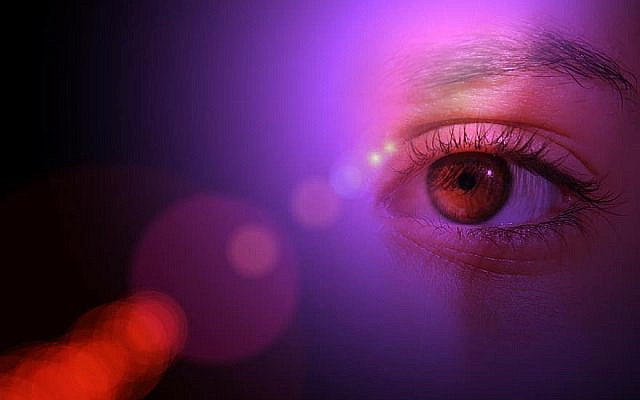 Throughout the Yom Kippur services we repeatedly confess our sins and beg for forgiveness. In doing so, we mimic the confessionals of the Kohen Gadol in the Holy Temple. The Mishnah (Yoma 4:2) relates that when the Kohen Gadol would confess his sins and the sins of his household, he would specifically admit to three types of sins: chet, avon, and pesha. These three words are not synonymous, but rather refer to different degrees of sin. The Talmud (Yoma 36b) explains that chet refers to an inadvertent sin (the state of mind known as shogeg), avon refers to wanton/intentional sins (meizid), and pesha refers to sins of rebellion. Nevertheless, there are other ways of explaining the differences between these three types of sins.

When King David was nearing the end of his life, his oldest surviving son, Adonijah, began to proclaim himself as king. Batsheba, the mother of Solomon, came before her husband, King David, and demanded that he fulfill his promise that Solomon would succeed him. She said to him that if Adonijah succeeds in securing the throne, “…then I and my son Solomon will be chataim” (I Kings 1:21). What does the word chataim meanin this context? Rashi explains that chet means “lacking”, and in this case it means that Batsheba and Solomon would be lacking the royal titles due to them. Probably based on Rashi’s comment, the Vilna Gaon (in his commentary to Prov. 1:10; 13:6) writes that chet means a sin through a lacking. In other words, he writes, a chet refers to the failure to perform a positive commandment.

Rabbi Moshe Shapiro (1935-2017) defends the classic rabbinic definition of chet as an inadvertent sin, but still draws an important lesson from Rashi associating chet with a “lack”. He explains that a chet is not simply the lack of something, but represents the failure to achieve a goal. A sin is therefore called a chet because the sinner deviates from the goal of mankind, and misses his intended objective. His lack of achievement in that area is called a chet.

Similarly, Rabbi Shlomo Pappenheim of Breslau (1740-1814) writes that chet denotes the sinner’s lack of intentions/mindfulness when committing his sin. By contrast, an avon denotes the sin of one who “thinks too much”. He wrongly concludes that sinning is the proper way to go, and acts accordingly. A pesha refers to the sin of somebody who knows that his forbidden actions are completely wrong and should not be done, but carries them out anyways in order to rebel against G-d.

Malbim takes a slightly different approach. He understands that all three words could refer to an offense committed purposely, but reflect varying motives. A chet refers to a sin committed because a person was swayed by his physical temptations, and purposely indulged in what he knew to be wrong. An avon refers to a sin that a person commits because his intellect had been negatively persuaded, causing him to stray. Finally, a pesha refers to the iniquities of one who shamelessly sins as a way of rebelling against G-d.

Peirush HaRokeach also slightly disagrees with the Talmud’s way of differentiating between chet, avon, and pesha. He explains that chet refers to an inadvertent sin, pesha refers to a willful sin, and avon refers specifically to a sin from which one derived physical pleasure or gained some other benefit.

The truth is, it’s not so simple. Rabbi Netanel Weil (1687-1769) writes that the differences between the terms chet and avon are only apparent when those terms are juxtaposed to each other. In such contexts, chet means whatever chet means, and avon means whatever avon means. However, when the terms appear on their own, without the other, then each of these terms includes all types of sins, not just the specific type of sin that it otherwise means.

Moreover, classifying sins is not so black-and-white. In his Laws of Teshuvah (Repentance), Maimonides codifies the requirement for a penitent to confess his sins by saying, “Chatati (I committed a chet), Aviti (I committed an avon), Pashati (I committed a pesha)” — the same formula that the Kohen Gadol said in the Temple.

Rabbi Yosef Babad (1801-1874), in his seminal work Minchat Chinuch, writes that one need not necessarily make all three declarations. Rather, one should confess whatever sins are relevant in each situation. However, Rabbi Elazar Menachem Mann Shach (1899-2001) disagrees with this position, and maintains that Maimonides’ wording implies that in all situations a person should always recite all three declarations. He argues that not only is this because the formula instituted for the confessional includes all three types of sins, but also for another reason: Even though these three words represent three different degrees of sin, Rabbi Shach argues that no sin is so clear-cut that it fully fits into one of these three categories. Rather, every sin has different elements of chet, avon, and pesha. For example, someone may have sinned inadvertently, but that sin also contains elements of wantonness and rebelliousness. Or, conversely, somebody may have sinned rebelliously, but his sin may also have some traces of inadvertency and/or pure wantonness.

A fourth term for a “sin” appears in rabbinic sources, but not in the Bible: aveira. Aveira literally means “transgression” or “violation”, and although it once specifically referred to crimes of indecency, it now colloquially serves as a general term for all types of wrongdoings. Rabbi Yaakov Tzvi Mecklenburg (1785-1865) writes that aveira comes from the root AYIN-BET-REISH, which means “passes” in a physical sense. He explains that the concept of an aveira is that somebody morally “passes over” his thoughts in order to not focus on the nefariousness of his deeds. We might also suggest that he who commits an aveira has crossed a rabbinic red line, and, indeed, the Talmud (Shabbat 40a) maintains that even a person who violates a rabbinic prohibition can be called an avaryan.