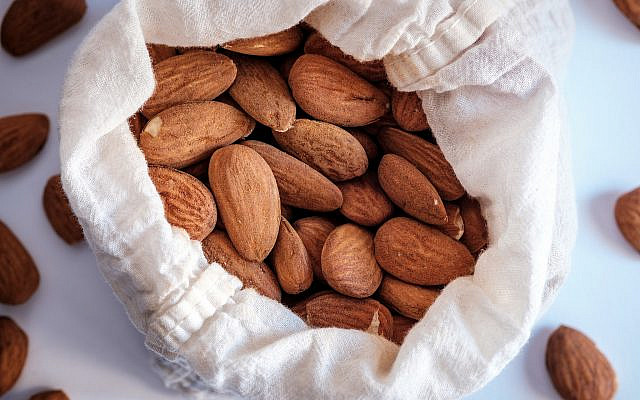 Photo by Nacho Fernández on Unsplash.

When Jacob tried to induce the animals in his care to give birth to offspring that fit a certain look, Jacob placed various tree branches that mimicked those specifications in his animals’ feeding trough. Among the sorts of branches that Jacob used, the Bible reports that he took a luz branch (Gen. 30:37). Targum Onkelos leaves the word luz untranslated when rendering this passage in Aramaic. Yet, Radak and Ibn Ezra cite Rabbi Saadia Gaon (892-942) as explaining that the word luz in this passage means “almond,” as it does in Arabic. Ibn Ezra adds that Hebrew, Aramaic, and Arabic all belong to one language family (what modern linguists call “Semitic languages”), so it makes sense that a word in one language might carry over into the others. However, on top of all this, there is another Hebrew word for “almond” — shaked. This article explores the etymologies of luz and shaked, seeking to find what, if anything, is the difference between these two terms.

The connection between luz and shaked is also seen later in the Bible when Jacob sends gifts to the viceroy of Egypt. Listed among those various edibles that Jacob sent are shkedim (Gen. 43:11). The Targum known as Jonathan and Targum Neofiti (to Gen. 43:11) both translate the term shkedim in this verse as m’shach d’luzin (“almond oil/butter”). Similarly, when the Bible reports that Aaron’s staff sprouted shkadim (Num. 17:23), those Targumim translate the word into Aramaic as luzin.

The upshot of this discussion is that it seems that the word luz is actually an Aramaic word, not a Hebrew word, while shaked seems to be a genuine Hebrew word. According to this, the two words mean the exact same thing — just that they come from different languages. Dr. Gary Rensburg of Rutgers University adds that even though luz is Aramaic, not Hebrew, the Torah still uses that word when narrating the story of how Laban the Aramean tried to swindle Jacob because that story happened in Aram, the home of the Aramaic language. Using an Aramaic word in an Aramean context thus gives more authenticity to the account. 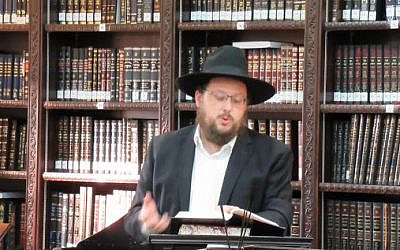 Just for the record, not everybody agrees that luz refers to the almond tree. An alternate version of Rabbi Saadia Gaon’s commentary records him as explaining luz as the silverleaf poplar tree, while Menachem Ibn Saruk writes that the luz is related to the cedar. Finally, there are also many opinions which maintain that luz refers to hazel (see Rashi and Tosafot to Bechorot 8a, Rashi to Gen. 30:38, Judges 1:26). Targum Onkelos (to Gen. 43:11, Num. 17:23, see also Targum to Ecc. 12:5) seems to follow one of these approaches because he never translates shaked as luz, instead consistently translating the word as segd (which means “almond” in Syriac and Ethiopic, and seems to be derived from the Hebrew shaked through the interchangeability of GIMMEL and KUF).

Rabbi Shlomo Pappenheim (1740-1814) defines the core meaning of the two-letter root LAMMED-ZAYIN as “sideward deviation.” Words that derive from this root can refer to simply moving to the side in a physical sense, or to a moralistic deviance that distances a person from the straight and narrow. In these ways, the luz tree beckons back to the core meaning of LAMMED-ZAYIN because it deviates from the nature of other trees in the sense that its shoots branch out from its trunk very early on. Another word derived from this root is halaz (“that one”). Rabbi Pappenheim explains that the antecedent of this pronoun is typically somebody who is far away and thus has deviated/distanced himself from “here.”

Midrash Sechel Tov offers a homiletic explanation of halaz, arguing that when that word is used in reference to Isaac (Gen. 24:65), Joseph (Gen. 37:19), Zecharia (Zech. 2:8), and the Holy Land (Yechezkel 36:35), it is related to the word luz and refers to outwardly majestic beauty like that of the luz tree. The aesthetic quality of the almond may also be reflected in the almond-like decorations that are to be fixed (meshukadim) to the Menorah (Ex. 25:33-34, 37:19-29).

Luz is also the place name of an important biblical city. It was later renamed Beth-El and was actually the site of Jacob’s famous dream with the ladder (Gen. 28:19). The Bible relates that when the Tribe of Joseph besieged the Canaanite city of Luz, they waited until somebody left the impenetrable city and asked him to show the hidden entrance, which he obliged to do. It was only then that the Jewish army was able to enter the city and capture it. The Canaanite defector, who led the Jews into the city, later relocated to the Land of Hittites, where he established a new city named Luz (Judges 1:23-26).

The Midrash (Bereishet Rabbah 69:8) records some interesting facts about Luz, although it remains unclear whether this refers to Luz in the Holy Land or the other Luz: The population was not mixed up when Sennacherib conquered the area, it was not even destroyed by Nebuchadnezzar, and the Angel of Death has no dominion over this city. Rabbi Abba Bar Kahane adds that one who enters this city blossoms with mitzvahs and good deeds like a luz. The Sages also explained that just as an almond has no “opening,” so was the city of Luz completely impenetrable. Rabbi Symon adds that there was a luz (“almond tree”) at the entrance to the city, while Rabbi Pinchas bar Chamah explains that the city was accessible only via a cave whose entrance was concealed by a luz tree. Interestingly, Rabbi J. D. Eisenstein (1854-1956) claimed that the city of Luz referred to in this Midrash is the Tibetan city of Lhassa, whose population reputedly has longevity and could thus be said to elude the Angel of Death.

There is also the matter of the luz bone, which is said to be the kernel from which one will be revived in the Resurrection of the Dead and which is only nurtured through the Melava Malka meal on Motzei Shabbat (see Mateh Moshe 513) — but that is for a different discussion.

Turning to the word shaked, this word seems to be related to the triliteral root SHIN-KUF-DALET (“watchfulness,” “vigilance,” “diligence,” “persistency”). In fact, grammarians as early as Rabbi Yonah Ibn Janach (990-1055) and Rabbi David Kimchi (1160-1235) intimated a connection between almonds and the core meaning of that root by explaining that the almond tree is especially zealous in making its fruits blossom faster than other trees (although Machberet Menachem does not seem to draw a connection between these two meanings). Similarly, botanist Dr. Joshua D. Klein of the Volcani Center explains that the term shaked is appropriate for almonds because of their tendency to stay on the tree and not fall off when ripe like most fleshy fruits do. This scientific fact thus serves a way of linking the verb shoked (“diligence”) to the noun shaked (“almond”), because the almond is “diligent” and “persistent” by tenaciously hanging onto the tree longer than most fruits.

The connection between these two meanings derived from the SHIN-KUF-DALET root might even predate the early grammarians, as it seems to be found in a sort of prophetic pun that G-d told Jeremiah:

Rashi explains that just as the shaked tree is overly “attentive” to make sure it bears fruit before all the other trees, so is G-d especially “attentive” to fulfill the words relayed to the prophet. (By the way, see Jerusalemic Talmud Taanit 4:5, which paraphrases the word shaked in this passage as luz.)

In Modern Hebrew, the word shaked has an anatomical meaning — just like luz does. Except that the Modern Hebrew term does not refer to the mythical luz bone, it refers to the less-mythical “tonsils.” Even-Shoshan’s dictionary calls this neologism a “folk usage” based on the similarity between the shape of the tonsils and the shape of an almond. As an aside, the Modern Hebrew word shkadiyah seems to have been invented by the poet Levin Kipnis (1894-1990), who used the word in his popular song about Tu B’Shvat. The word shkadiyah refers specifically to the “almond tree,” as opposed to shaked which refers to the almond nut itself. Of course, the surname of the Israeli politician Ayelet Shaked is also derived from the name of this popular treat.

The English word almond sounds like it comes from Arabic (because of the al- prefix), but we have already established that the Arabic word for “almond” is luz, just like it is in Aramaic. The etymological ancestor of almond seems to ultimately be the Latin amygdala, although it went through different variations in between. Some argue that the al– prefix came about through contamination from the last syllable of the Latin etymon. Others argue that the Latin amygdala became almendra in Spanish because of the Arabic influence on Spanish, in which al- serves as the definite article (“the”), and the word only came to English through Spanish.

It is fascinating to note that the old name for Portugal when it was a Roman province was Lusitania. The Hungarian Maskillic scholar Solomon Löwisohn (1789-1821) writes that this name is derived from the Aramaic word luz, because when the Phoenicians came to the Iberian peninsula they saw a plentitude of almond trees. Löwisohn adds that there are several place-names in Portugal that refer to almonds, such as Calmende (“the house of almonds”) and Castelmende (“the castle of almonds”), both of which are related to the Spanish/Portuguese words almendron (“almond”). It should be noted that this etymology for the name Lusitania is not widely-accepted nowadays.