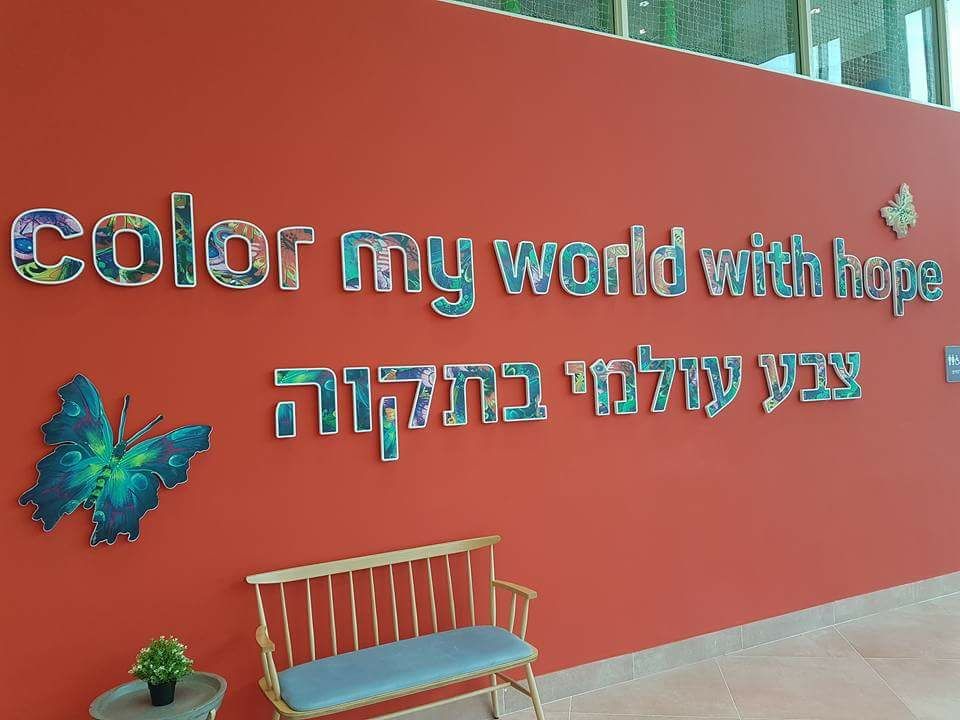 In 2004, when I was in seminary, one of my best friends, Orit, did her year of Sherut Leumi (national service) in Shalva. I would randomly come visit her, as I would visit Har Nof weekly to spend time with a special needs child (who now goes to Shalva) in Har Nof.

As the year passed, something special happen. The son of the founders and directors of Shalva, Kalman and Malki Samuels, started dating my friend. It was a big secret at the beginning… but I was privy to the information from day one. Finally, the word got out… they got engaged… and married that following summer. (I flew in to Israel from NY for their wedding for 23 hours!)

Fast forward. I had endless love towards Shalva, through my friend Orit’s strong connection, and when I decided to make aliyah at 21, single and broke, I asked if I could work there. I landed in Israel in August and started working in the ma’on (preschool program) the next month. I fell in love with “my babies” and I nurtured, fed, changed and played with them from 7:30 am – 4:30 pm, Sunday-Thursday.

A few months after I started, I was asked to accompany one of “my babies” to a studio where Shalva would be filming their first virtual video of their new building. I “acted” in front of a blue screen that would later be filled with virtual images of what the building would one day look like. And with that, the clip went viral and all held hands in hope of what one day would come. It was dreamy and a tad unrealistic to think it could actually happen the way the graphics, architectures, and images actually showed it would be, but why not dream big?

Fast forward. At the end of that year I got married. Three years later I was living in NY temporarily and I decided I was going to run for Team Shalva in the 2012 marathon. I spent months training on the boardwalk of Long Beach and finally got to the point I could run 10K. I raised the money I needed to raise… and then some… and got a free ticket to Israel to join Team Shalva. I flew in for four days and between the pasta party, the actual run (which took place in snow, rain and sleet) and the Shalva spirit… my love for Shalva reactivated itself. Seeing the upcoming vision (videos, pamphlets, pictures, sketches) for the new building was truly remarkable. I thought: The day this building opens, I will scream out shahechiyanu for the entire country to hear!

Fast forward. I’m living in Israel, Orit and I both have kids, we both live in the Gush, we’ve been friends for 17 years now, and my love for Shalva has not subsided — thanks to her. Orit works at Shalva full time (as a hydrotherapist among other things) and the last few months I was watching the grand opening of the new building through her Facebook posts. I followed the entire story from her page, from the ground breaking, to the construction, to the painting, to the packing and unpacking, to the final touches and finally to the grand opening. I was wowed and amazed and in awe… but I had to see it for myself.

Finally, I took a half a day off work to get the grand tour. I met Orit at the front door and was utterly stricken by its magnificence and grandeur. Never in my wildest dreams could I have imagined such a wonderland. Visiting Shalva should be on your “Top 10 things to do when in Israel” list. It’s that amazing.

Watching the babies and then later the older participants join after school was truly remarkable. Their smiling faces being greeted by their counselors. My eyes witnessed a dream, a vision, come to life before me. The dining hall looked the exact same as the illustration in the video I was in 10 years prior! The gym, the shul, the bedrooms, the concert hall, pools, Gymboree, art work, color schemes, the massive butterfly mobile in the entrance, the park, the illustrations on the walls, the restaurant, classrooms, the roof, and even the offices…. it was like visiting a dream land. Disney World. A magical mystical place that when you breathed, you were breathing in love.

A few times I wiped tears and more than once I gasped so loud I think people stared. Shalva colors the world with hope. But the day I visited this grand building was the day it colored my life with awesome.

To think that someone can dream big and actually make the dreams come true. To think how much money was raised, sleepless nights and overworked days spent in order to make it happen. To think of the dedicated staff who get to work in a wonderland. To think of the children… the special children… who get to spend their days (and nights) in a place that showers them with love. To think that from one brokenhearted couple whose baby became blind and deaf over night from a bad vaccine, came all this beauty. That such magnificence could emanate from pain; it’s truly an inspiration.

Shalva, from all the incredible things it is and does, is most proficient at coloring lives with hope for a better future.