Eliot Engel faces a tough primary today in New York. What does this have to do with us in Israel? Everything about how the Democratic party relates to foreign policy, Israel and political experience. Not to mention he’s got many constituents living right here.

Shame on the party that allows ultra-liberal, dare I say extremist, trends to remove a seasoned, dedicated leader from office, on a whim. Yes, a whim – read the lack of real discourse, watch the almost-silly ads against Engel’s many terms as a congressional heavyweight. Not a substantive argument among them. This is a dangerous trend for us all. 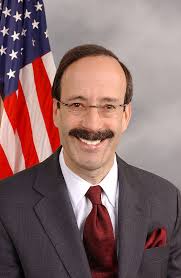 NY and national democratic leadership took a long time to come around and endorse Congressman Engel – an incumbent is traditionally supported by their party. He’s Chairman of the House Foreign Affairs Committee, with serious achievements as a leader in Congress, able to reach across the aisle. But he’s Jewish, male, white. Hilary Clinton, Senator Schumer, and friends seem afraid to rock the extreme boat heralded by newcomers such as AOC (who has initials for their name recognition! go look her up if you’re behind the times) – pushing for an upset similar to the one she accomplished against seasoned congressman Joe Crowley. Experience isn’t everything, but when the playing field is leveled to racial slurs and anti-age comments from the left, those guys stand no chance.

Isn’t that a form of intersectionality too?

A local  political consultant was quoted among others saying simply that while Engel’s seniority could help bring home more funds and programs, most voters aren’t focused on that. “Voters aren’t saying, ‘By the way, if I elect the long-term incumbent whose party happens to be in power, my life will be better.’ Were that the case, Joe Crowley would’ve been re-elected. Seniority doesn’t matter.”

Let’s be honest. Is this the Democratic party that many of our parents supported for years? Can we hope that the pro-Israel voices won’t be thrown out of the party, to be replaced with ‘progressives’ whose rhetoric borders on antisemitism, if not worse? This is not the party of liberal social values and a strong sense of responsibility on the world stage. New ‘liberals’ are killing any chance of reaching across the aisle, when they can’t even permit their own party to provide an array of positions or people of different backgrounds.

Eliot Engel, you deserve to continue serving the good people of New York as a responsible leader with knowledge of the issues. Your open office and staff is experienced in weighing a variety of opinions and then taking action. His stand on a united Jerusalem was solidified only after a series of meetings we held with him about a decade ago; just one example of the ongoing work I’ve been privileged to witness over the years. And I’m not exactly always on his side of the aisle.

The Democratic party is burying itself in hate and extremism. Do not go gentle into that good night.