May 9th of this year may not mean much to the average Jew or even to non-Jews, but it is perhaps one of the most heart-breaking days each year for thousands of Iranian Jews worldwide. Many individuals may have forgotten the calamity that befell the Jews of Iran on May 9, 1979, but the majority of Iranian Jews today living in Los Angeles, New York, Israel and Europe still recall the horrific news of that tragic day.

My community’s beloved leader in Iran, Haji Habib Elghanyan was blindfolded, placed before a firing squad and executed by the Iranian regime’s revolutionary thugs on that day in May 1979. It is a painful memory forever etched in our hearts and minds because Elghanyan was an innocent man executed on false charges of spying for America and Israel. His sudden execution caused massive waves of Jews to abruptly flee Iran because they realized the new regime of the Ayatollah Khomeini in Iran offered no safe place for them to live. This was a new radical Islamic regime in Iran that had suddenly and for no reason executed this prominent Jewish leader and would surely have no qualms about harming the 80,000 strong community of Jews living in Iran.

Today, after 38 years, to add insult to injury, Iran’s foreign minister Mohammad Javad Zarif shamefully took to social media in recent months claiming the Iranian regime “saved the Jews three times” and “loves the Jews”. Zarif’s comments were not only inaccurate, but a disgraceful attempt to sugarcoat the Iranian regime’s heinous record of crimes against the Jews of Iran and mistreatment of the Jews living in Iran.

For the last three years Zarif has always gone out of his way to try to do damage control in the western media or on social media sites every time the regime is proven to be blatantly anti-Semitic and calling for Israel’s destruction. Every year he regurgitates the same lines, trying to claim credit for Cyrus the Great’s freeing of the Jews from Babylonian captivity more than 3,000 years ago and also trying to claim credit for Xerex I saving the Jews from Haman in the story of Purim. Lastly Zarif also tries to claim credit for the heroic work of Abdol Hossein Sardari, an Iranian diplomat stationed in France during World War II who saved the lives of many Jews. During the Holocaust, Sardari without the permission of the Pahlavi government in Iran, granted Jews in France Iranian visas and passports to flee Nazi-occupied France. Any individual with even half a brain realizes Zarif’s efforts to try whitewash the Iranian regime’s blatant anti-Semitic record of nearly 40 years are downright asinine by trying to claim credit for events that are in no way connected to the current radical Islamic regime ruling Iran! 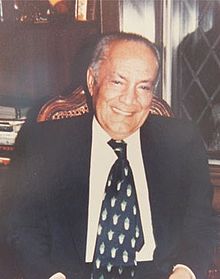 Yet Zarif’s illogical and brain-dead comments are not what should concern Jews and non-Jews alike. All individuals who oppose blind hatred and anti-Semitism, should call out Zarif and the current Iranian regime for their true and long record of executing Jews, imprisoning Jews, sponsoring Holocaust denial conferences in Iran, embracing and giving voice to anti-Semites in Europe and America, creating an environment of hostility towards Jews in Iran and creating laws in Iran that are clearly anti-Semitic and bias against Jews. If the Iranian regime, who Zarif claims “saved the Jews” and “loves the Jews”, then why did they execute an innocent Jew named Habib Elghanyan 38 years ago? Why has the Iranian regime not apologized yet for executing Elghanyan on false charges if they have suddenly had a miraculous tolerance for Jews?

Zarif, propagandists for the Iranian regime and apologists for the Iranian regime who appear in western media outlets always seem to forget their regime’s great crime of executing Elghanyan. They also forget the Iranian regime’s blood stained record of murdering or assassinating at least 14 Jews since 1979. Likewise, 11 Jews have disappeared after being arrested in Iran by the regime, and at least two Jews died while in custody of the Iranian authorities. In 1999, Feizollah Mekhoubad, a 78-year-old cantor of the popular Youssefabad synagogue in Tehran was the last Jew to be officially executed by the Iran regime after being tortured and having had his eyes gouged out. These are not just random claims against the Iranian regime, but supported facts organized by Frank Nikbakht, an Iranian Jewish activist and head of the Los Angeles-based “Committee for Minority Rights in Iran”. Nikbakht is perhaps one of the leading voices in the Iranian Jewish community who for decades has been closely monitoring and recording these violent killings of Jews, imprisonments of Jews and injustice towards the Jews of Iran by the Iranian regime. Zarif and the apologists for the Iran regime seem to have also forgotten about the 2012 killing of Toobah Nehdaran, a 57-year-old Jewish woman living in the Iranian city of Isfahan who was strangled, then repeatedly stabbed to death and her body was mutilated in a ritual manner by Islamic thugs who had broken into her home. To this day the Iranian regime has never investigated this brutal murder of a Jew in Iran but yet they still continue to claim that they “saved the Jews”!

In the end, any human being of any religion that detests hate, must never permit Zarif or any other Iranian regime official to get away with making the false claims that the Iranian regime saved the Jews or has shown love for the Jews. We must continue to remind the world of the Iranian regime’s wrongful execution of the Iranian Jewish leader Habib Elghanyan in 1979 as well as the regime’s long record of promoting anti-Semitism in Iran and worldwide. One day the Iranian regime must be held accountable for their crimes against the Jews and other religious minorities in Iran. To ignore Zarif’s comments about the regime “saving the Jews” is to turn a blind eye to Iranian regime’s continued efforts to gain legitimacy in the world instead of being shunned for their embracing of an ideology of hate, bigotry and genocide. Every time Zarif or any other Iranian regime thug claims to “love the Jews” we will remind them of their crimes of killing innocent Jews including Habib Elghanyan. While Zarif forgets and ignores his regime’s clear anti-Semitism, we do not forget and we will remind the world of it.