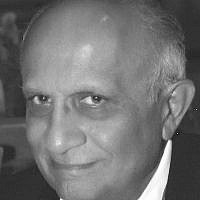 It is said that God raises a man to be a noble and an honest king but God has no control over how he turns out to be. These rulers can be a solace to their subjects or a scourge to their people. Similarly, the Same God raises a holy man who preaches peace and brotherhood among all men and shows them how God can be pleased by employing good deeds through his religion (Dharma) and teachings. However, the prophets have no control over their followers as to how they misinterpret the teaching of God’s messages of peace and brotherhood. The prophets appear at irregular intervals when God sees the need to purge the evil deeds of the men. However, the rulers come sequentially made up of undetermined characters.

This applies to Mogul emperor Aurangzeb very well. He brought the most orthodox “Hanafi” version of Sharia laws to India usurping the Sufi religion of his ancestor- Akbar, the great. Hanafi version itself rose during the Abbasid Caliphate of the 8th century and steered toward orthodoxy that Prophet’s cousin and son-in-law had rejected. Hadith and Quran today provide contradictory messages from their original version.

Mogul Aurangzeb started as a good person at an early age with his Sufi mentor and was the most educated and intelligent Mogul prince of his time but ended up as a tyrant to his subjects with bigotry and displayed his patricidal and familicidal tendencies.

When Aurangzeb forced his way as an emperor and offered the gift to Mecca when his father Shah Jahan was still alive in his captivity, the holy men of Mecca refused it. Aurangzeb ordained nine days of the festival when his father was thrown into solitary confinement, killing all his blood brothers and his elder sister. He even attempted to murder his father by injecting poison but Shah Jahan’s loyal Eunuch servant had a second thought, he decided to drink the poison himself. His son Muhammad Mu’azzam (Bahadur Shah) had shown a lenient tendency towards “infidels”, but he was taken to a wood shack for proper religious orientation and discipline. Shah Abbas-II, the ruler of Persia was unnecessarily offended by Aurangzeb when he mistreated his ambassador for no reason. Shah Abbas-II settled the score when Aurangzeb send his ambassador by sending him the word that Aurangzeb was “the brother-slayer and father-seizer”

Some sharia Laws during Aurangzeb’s period were stunning and inhumane such as two or more Muslims who pillaged non-Muslim properties can carry that off to either Muslim areas or Muslim-owned property and immediately acquire the right of ownership (having an illegal possession is 9/10 of the law). The women kidnapped must be forced to have sex with the Muslim kidnapper or with the permission of the Muslim owners. Muslim masters had a right to acknowledge or refuse the acceptance of children born out of slave girls. No inheritance right for slaves and their testimonies were inadmissible. There were some harsh conditions under which slave girls can be freed. Any publication not acceptable to the empire can be declared heresy and can be banned with punishment. The whole structure of Sharia was created for the Islamization of the Indian Subcontinent. When power shifted from Moguls to the British, the British did not discard entire sharia laws that they should have done but separated Muslim and Hindu personal laws by injecting the portion of the British jury prudence.

Among many Hindus-Jains-Buddhists, the name of Aurangzeb evokes the same passionate bitter memories as do the names of Mohammed Kassim, Mahmud of Ghazni, Muhammad of Ghori, Aibak, Allaudin Khilji, and Tipu Sultan to name few. The 9-11 and 26-11 and similar incidents at other places in the country like Israel have alarmed the world that how Islamic clergies are misguiding and exploiting youth to accentuate their doctrines and that turns into terrorism, costing innocent lives. The founder of the world’s religions does not preach violence since they are sent by God with message of peace.

With the ascent of democracy and equality for women, the free world wants to see a complete ban on Sharia types Laws anywhere in the world that promotes bigotry. This is a giant undertaking but the free world must come together so such things are never repeated ever by any rulers.

Historian Katherine Brown has noted that “The very name of Aurangzeb seems to act in the popular imagination as a signifier of politico-religious bigotry and repression, regardless of historical debate or its accuracy.”

At Aurungzeb’s order, over 200 Hindu, Jain, and Buddhist Centers were destroyed and Mosques were erected at the state’s expense. Gyan-Vapi was a Sanskrit teaching school in the complex of Visvanatha Shiva temples at Kasi (Benaras). The temple was leveled to the ground and Gyan-Vapi was converted into Mosque the same way Jewish Temple in Jerusalem.

Knowing the history of Christianity, when Christian Pope ordered several crusades (military expeditions) to Jerusalem which was thousands of miles away from Europe, there should be no surprise to anyone how devotees would feel if the sanctity of any religious place anywhere were violated by an intruder. These marauders not only destroyed the places of worship but attempted to erase the history of great civilizations-Jewish and Hindus.

In that context, the world should understand the passion of Jewish and Hindu People to restore their main places of worship, an important component of their culture and right of worship. This is as simple as that.

With the ascent of democracy and equality for women, the free world wants to see a complete ban on Sharia types of Laws anywhere in the world that promotes bigotry. This is a giant undertaking but the free world must come together so such things are never repeated ever by any rulers. To learn more, please download from here.