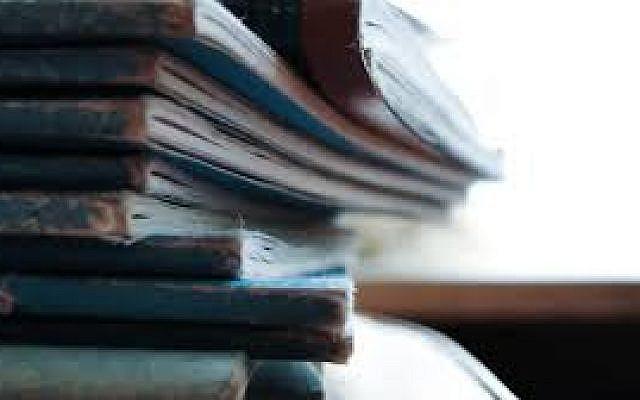 The Festival of Shavuot is known under many different names. Although these names are all synonyms for the holiday, each name focuses on a different aspect of Shavuot, and, by elaborating on the meanings of the holiday’s different names, we can gain a better appreciation for the ideas associated with the holiday.

First of all, the Bible calls the holiday Chag Shavuot (Ex. 34:22, Deut. 16:10) or Chag HaShavuot (Deut. 16:16, II Chron. 8:13) because its date is not given in the Torah, but is rather determined by using a fixed formula related to weeks (shavuot)*. In other words, since the Torah says to mark this holiday seven weeks after Pesach, it became the Festival of Weeks.

The commentators explain why the Torah does not give a fixed calendar date for Shavuot: As opposed to other times of the year, during the Shavuot season many people were camped out in their fields. Because they were not in urban areas they would not be aware of exactly when Rosh Chodesh Sivan was declared by the Sanhedrin. Therefore, instead of giving a specific calendar date, the Torah says that Shavuot will occur seven weeks after Pesach. Those in the field certainly knew when Pesach was, and so they simply had to count seven weeks to get to Shavuot.

Why were people in the field during Shavuot-time? This leads us to another name for the holiday, Chag HaKatzir (“Festival of the Harvest”), which appears in Exodus 23:16. Shavuot always occurs during the time when farmers would be harvesting grain, more specifically wheat. Incidentally, the harvest season for grain lasted exactly seven weeks (see Rashi to Jer. 5:24).

A third name for Shavuot in the Bible (Num. 28:26) is Yom HaBikkurim (“Day of the Bikkurim”). Bikkurim are the first fruits of the season which Halacha mandates must be brought to the Temple (see Deut. 26:1-11), and the Mishnah (Bikkurim 1:3) teaches that the first day on which these fruits can be brought is Shavuot.

The three names Shavuot, Chag HaKatzir, and Yom HaBikkurim all appear in the Bible. However, there are another three names for the holiday which appear exclusively in post-Biblical sources. Firstly, Josephus and other Jewish-Hellenistic sources refer to Shavuot as Yom HaChamishim (literally, “the Fiftieth Day”), from which the English word Pentecost is derived. This name is appropriate because the Holiday of Shavuot always falls out on the fiftieth day of the Counting of the Omer. Secondly, Philo Judaeus of Alexandria apparently called the holiday Chag HaTene (“Festival of the Basket”), an allusion to the baskets in which the bikkurim would be brought. Thirdly, Josephus writes in Antiquities of the Jews (Book III) that the Jews customarily called Shavuot, Asartha — which is an Aramaic rendering of Atzeret (“[festive] gathering” or “stoppage [from work]”). In fact, the Mishnah and Talmud generally refer to Shavuot as Atzeret, not Shavuot.

Rabbi Tuviah ben Eliezer, the 11th century author of Midrash Lekach Tov (also known as Pesikta Zutrata), addresses this issue. He notes that he examined the parshiyot related to the holidays and not once does he find the word atzeret associated with Shavuot. In fact, the word atzeret appears in the context of other holidays, like the eighth day of Succot, which is known as Shemini Atzeret/Simchat Torah (Lev. 23:36, Num. 29:35), and the seventh day of Pesach (Deut. 16:8) — but not Shavuot. Nonetheless, Rabbi Tuviah concludes that atzeret is an appropriate name for the holiday of Shavuot because the Targum (to Num. 28:26) translates b’shavuoteichem in Aramaic as b’atzarteichon (although in other instances the Targumim use Aramaic renderings of the word Shavuot itself), showing that atzeret is somehow an Aramaic rendering of Shavuot.

How does atzeret refer to Shavuot? Rabbi Chaim Elazar Shapiro of Munkatch (1868-1937) explains that atzeret means “stop” (like in Israel, where stop signs say “atzor”), and in this context denotes “the end” of something. Shavuot is called “the end” because it is the conclusion of Pesach in the same way that Shemini Atzeret is the conclusion of Succot, and is also called Atzeret. In fact, rabbinic literature sometimes refers to Shavuot as “Atzeret of Pesach”, because Shavuot is itself viewed as Pesach’s conclusion (see also Ramban to Lev. 23:36 who offers a similar idea). Rabbi Moshe Zacuto (1625-1697) adopts a related approach.

Likewise, Rabbi Levi Yitzchak of Berditchev (1740-1810) writes in Kedushat Levi that the reason behind calling the holiday Shavuot and calling the holiday Atzeret is the same. Both names view the holiday in the context of completing a certain span of time, Shavuot as completing the weeks leading up from Pesach, and Atzeret as the festive finale of Pesach itself. However, Rabbi Dovid Tzvi Hofmann (1843-1921) rejects this understanding, arguing that there is no evidence that the word atzeret is associated with conclusions.

Instead, Rabbi Hoffmann, as well as Rabbi Yaakov Tzvi Mecklenburg (1785-1865), favor a different understanding. The Bible (Deut. 18:16) refers to the day on which the Jews received the Torah as Yom HaKahal (“Day of the Congregation”). According to tradition Shavuot was the day on which the Torah was given at Mount Sinai. With this in mind it makes sense that the Rabbis refer to Shavuot as Atzeret, which literally means “gathering” or “congregating,” because the Torah already used a similar phrase for that very day.

Rabbi Levi Yitzchak of Berditchev proposes another way of understanding the name Atzeret. When a person experiences a spark of inspiration to the love or awe of G-d, he can easily lose that inspiration unless he does something to contain and preserve it. The only way to contain this type of positive inspiration is to put it in a worldly receptacle and store it there. Fulfilling a mitzvahimmediately after experiencing such an inspiration can serve as the incarnation of such a vessel within which the inspiration can be contained. That said, when the Jewish people experienced the revelation of G-d at Mount Sinai they did not yet have any mitzvot to perform that would ensure their ability to preserve the inspiration seen there. Nonetheless, they did have the commandment to refrain from touching the mountain. By fulfilling that commandment, the Jewish people fashioned for themselves a vessel by which they can eternally store the inspiration from Mount Sinai. All of this is alluded to in the word Atzeret,which means both “stop” (as in refrain from touching the mountain) and “gather” (as in gathering the inspiration inside a proverbial container).

Rabbi Yechezkel Abramsky (1886-1976) notes that the two holidays which are called Atzeret (the eighth day of Succot and seventh day of Pesach) are notable in that they do not have any specific commandments associated with them. This is in contrast to every other holiday prescribed by the Bible, which has at least one specific mitzvah that is to be done: On (at least) the first day of Succot one must take the lulav; on the first day of Pesach one must eat matzah; on Rosh Hashana, blow the shofar; on Yom Kippur, fast. But on the days called Atzeret the only demand made of celebrants is to refrain — “stop” — from doing work.

Following this thought, Rabbi Abramsky notes that when the Temples stood, the holiday of Shavuot also had a special commandment associated with it, i.e. offering two goats and two leavened loaves (Lev. 23:16-20). However, when the First Temple was destroyed and this commandment was no longer in effect, the holiday of Shavuot lost its special commandment and became like the eighth day of Succot and seventh day of Pesach, which have only a prohibition against doing work, but no special commandment to do something. For this reason, in later times, people began to call Shavuot, “Atzeret”. (Rabbi Levi Yitzchak of Berditchev also writes that Shavuot is called Atzeret because it has only a prohibition of work, but no other mitzvah).

Even if we can understand why or how the name Atzeret refers to Shavuot, we have not answered the more important question: Why did the Jews stop using the Biblical names for the holiday and instead develop/adopt other names? Rabbi Baruch Epstein (1860-1941) writes that once the Jews were exiled from the Holy Land, so that cultivating the Land was no longer a central part of their lives, they no longer called the holiday Chag HaKatzir or Yom HaBikkurim because those elements of the holiday became impossible to fulfill.

But why did the Rabbis stop using the term Shavuot if that was seemingly not associated with agriculture, per se, but with the time measured in weeks between Pesach and Shavuot?

Some explain that because the word shavuot means “weeks,” this implies that the date of the holiday should be determined by calendar weeks that always start on Sunday, not by common weeks that refer to any seven-day period. As such, using the term Shavuot may lend credence to the heretical view of the Saducees who believed that Counting the Omer always begins on a Sunday, so Shavuot will always be on a Sunday — after seven complete calendar weeks. However, rabbinic tradition dictates that Counting the Omer always begins the second day of Passover — regardless of the day of the week — so Shavuot need not necessarily occur on a Sunday, but on whatever day is after exactly seven common weeks from the second day of Pesach. Accordingly, to avoid the appearance of supporting the Sadducean approach, the Rabbis discontinued the name Shavuot and instead called the holiday Atzeret. Now that the Saducees are no longer a relevant force we can revert back to the Bible’s name for the holiday, Shavuot.

* NOTE: The word shavua in Hebrew has two meanings: It refers to a seven-day period (a week), and it also refers to a seven-year period (a shemita cycle). In Biblical Hebrew the plural form of the formeris shavuot, while the plural of the latter is shavu’im. Nonetheless, for some reason, Rashi in his commentary to the Talmud sometimes uses the word shavu’im when referring to weeks.