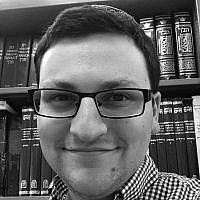 The Blogs
Akiva Mattenson
Apply for a Blog
Advertisement
Please note that the posts on The Blogs are contributed by third parties. The opinions, facts and any media content in them are presented solely by the authors, and neither The Times of Israel nor its partners assume any responsibility for them. Please contact us in case of abuse. In case of abuse,
Report this post. 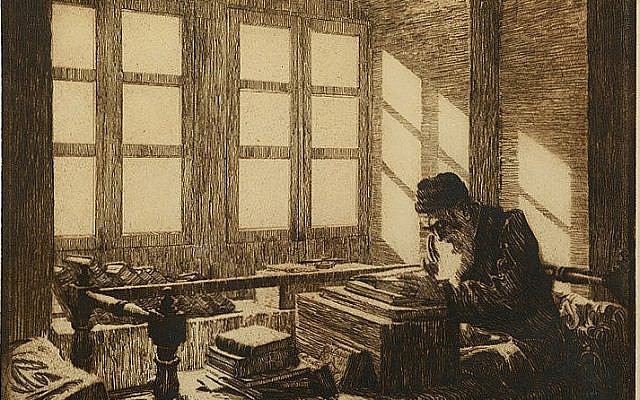 These days, I am learning alone. Quietly, for hours at a time, staring at digital copies of sacred texts. Soon on Shavuot, others may find themselves in a similar position: without their havrutah, learning the books they have available in their homes, quietly and alone. Our sages have words of comfort for such people: Hashem’s presence is there, his warmth and closeness filling the emptiness, because wherever his name is mentioned, there he dwells (Mekhilta de-Rabbi Shimon b. Yohai 20:21; Mishnah Avot 3:7; Mekhilta de-Rabbi Yishmael – Ba-Hodesh 11; Talmud Bavli Berakhot 6a).

But these days, those words of comfort simply don’t ring true for me. Instead, I turn to a less familiar sentiment also found in Mishnah Avot. One who sits and learns alone is like one who upholds the whole torah; or in other versions, Hashem allocates a reward for those who sit and learn alone (Mishnah Avot 3:3). The prooftext? A verse from the book of Eikhah: “Let him sit alone and be patient, for God has laid it upon him” (Eikhah 3:28).

This mishnah does not pretend to offer the comfort of God’s presence. To the extent it offers comfort, it is a comfort deferred to a future to come when the stores of reward will finally be shared. In its other versions, there is only the recognition of the tremendous difficulty of learning alone, weighty as the whole of the torah’s charge. The painful absence of God from this picture is made more explicit, in the elaborated version of the mishnah found at Avot de-Rabbi Natan A 8:

But the passage from Avot de-Rabbi Natan does not simply confirm the mishnah’s picture of learning alone. The parable suggests that it is precisely God’s absence which draws the learner into their learning in the first place. Like the child in the parable faced with the absence of his father who turns to the bookshelf for comfort, for something that reminds him of his father, the one who learns alone turns to Torah to fill the gap left by God’s absence and create some kind of intimacy with God, however meager and limited. I do not know when God will return from the market; but until then, I have the comfort of God’s scrolls.

To begin with, these scrolls offer comfort for what they contain. The child does not merely glance at the scroll; he sits down and reads it. In reading the Torah, the words of God, we attain a certain private closeness with God, as the contours of who God is and what God cares about are vulnerably disclosed therein. That books have this capacity to present the selves of their authors and preserve their likeness and figure is a point beautifully articulated by Rabbi Nahman of Breslov (1772–1810) at Likutei Moharan §192:

For Rebbe Nahman, the fabric of language woven in the book is a kind of imprint or trace of the singular and unique self that shaped it. This singularity is given a threefold name: intellect [שכל], soul [נשמה] and face [פנים]. He does not here articulate what he means in speaking of these three facets of the unique self, but we might take this semantic openness as an opportunity to reflect on their possible significances. The intellect may point to a certain singularity present in the novelty of the ideas brought to light by someone. The conceptual web and interpretative schema they develop introduce a singular lens with which to inspect the world – one that may draw from the efforts of past thinkers or bear certain similarities to other novel creations while nevertheless maintaining its absolute uniqueness. Meanwhile, the soul could point to that emotional thickness which confronts us in another human being: the sadness that they carry, the joy that slips into their laughter, the shame, the affection, the frustration in the clenched fist. All of this emotional richness bursts forth in an absolutely singular way from them — again, bearing names we attribute generally to our common emotional worlds, but always pushing forward an ineluctable particularity. Lastly, we might take the face for that most vulnerably intimate of bodily configurations that carries a certain style of vitality with it, that suggests to us a life and a way of being not reducible to a bundle of disparate activities, habits, peccadillos, and so forth, a configuration that as it were brings a unity and integrity to bear on this singular array.

All of these facets of the singular self embed themselves in and imprint themselves upon the book that we find before us. At once, we are confronted by a host of creative and novel thoughts that bespeak the intellect of the author; we sense in the tone of the text a certain emotional vibrato that echoes silently throughout and discloses the soul of the author; and we feel the face, the style of vitality, in the lexicon and syntax as it forms upon our lips and becomes flesh and full-bodied with a certain indescribable taste and color that we come to associate with the author. Thus in reading, we maintain a certain intimacy with the self that stands behind a text as we engage their singularity as intellect, soul and face. If we extend Rebbe Nahman’s insight about authors and sages to the divine author and sage, what emerges is a picture of Torah as bearing the imprint of God’s very self. In some ways, this is the picture that emerges from a striking passage at Shir HaShirim Rabbah 5:11:

Continuing the elaborate hermeneutic transformation of the male lover of Song of Songs into God, the passionate lover of Israel, the author of this midrash suggests that God’s head is nothing other than the Torah. To use Rebbe Nahman’s language, the Torah presents us with the weighty intellectual and emotional heft of God’s head and the singular face that is always part and parcel of it. Here, the Torah is perhaps more than simply a pale reflection of God’s singular self; it is the very flesh of God’s body. In reading the Torah, we are privy to a moment of profound intimacy with God’s very self.

What’s more, in this midrash God’s being is not bound up simply with the intellectual, emotional or even linguistic singularity of the text of Torah; it wends its way through the physicality of the scroll, its ruling lines of parchment and the inky letters that glide atop them. We find here a second comfort in the scroll: the comfort of its feel. The child does not merely sit down and read; he places the scroll between his knees. Here too, in the experience of the book as book we come into a space of intimacy with God. For those bibliophiles among us, this experience is not unduly foreign. As Jean-Luc Nancy has written, “Even touching books communicates to the reader particular impressions: the weight, grain, or suppleness through which one thinks one can discern the inflections of a voice or else the fluctuations of a heart.”¹ Thus, in the whole experience of engaging with the books of Torah – in holding them in our palms, in slowly piling them haphazardly beside us as we sink deeper into their folds, in breathing in the tzurat hadaf of a page of Talmud, and of course in thinking their thoughts, feeling their feelings and lapping up their turns of phrase – we attempt to hold God close and tarry with God for a while in a moment of intimacy.

Still, it is an intimacy that always carries with it a reminder that God is not here, still walking the market, looking for something important we suppose. Such is the intimacy of reading: an intimacy that lives in a certain solitude, a vulnerability of author to the gaze of the reader that nevertheless holds the author apart and still distant. As Rebecca Solnit writes, reading is “living in books, through books, in the lives of others that are also the heads of others, in that act that is so intimate and yet so alone.”² Or, as Rebbe Nahman writes in the same teaching:

So for now, I learn alone. And I learn, because I am alone; because right now, God is not here with or for me. I hope you come back soon. But until then, I will spend some time in your library, reading your books and thinking of you, longingly.