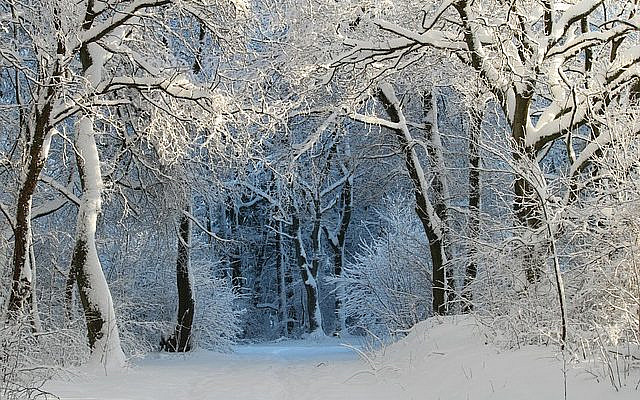 I have been asked on various occasions whether I have ever had a “religious experience.” Normally I answer that I have not. I believe I am too influenced by the secular world and its perspectives to have such an experience. Furthermore, who says such an experience actually exists? However, lately I have been thinking about an unusual moment in my life when I was about 15 years old and not at all religious. Then, I considered it irrelevant and an “optical illusion.” Now I wonder whether there was much more to it. I have become more conscious of what happened, and some may call this experience a kind of divine disclosure.

The incident was the following: I was walking on my own in a forest. It was winter with a lot of snow and there was an unusual atmosphere in the air that I cannot describe but which was somehow mystifying. There was an overwhelming silence. The trees stood spookily around me as if they were watching me. Suddenly I was paralyzed and could not walk anymore. All that I remember is that I suddenly stood in total, radical amazement. The trees turned into transparent beings, transitioning from the visible to the invisible. The forest became a strange entity that I could not identify. Everything was different and incomprehensible, including myself. I perceived my own legs as if they were not mine; my arms and hands belonged somewhere else. I was no longer Nathan Lopes Cardozo, but a stranger to my very self.

But who was “myself”? Suddenly I stood in a completely strange world. Nothing of this could be described in words. I saw everything for the first time as a newborn baby. I was overtaken by complete astonishment. At that moment many questions came to my mind. What is the purpose of existence? Why am I here in this world? What does “I” mean? Where am I going ? Where did I come from? I trembled, and it took a long time before I “returned” to reality.

I do not know whether this can be considered a religious experience. What I remember now is that I experienced a “panic-filled desperation” which was also wonderful, warm and uplifting due to its unusualness. Although, it may have been a neurological condition that imposed this experience on me. However, I am convinced about this: It is out of these panic-like experiences that all religions are born. It is a precondition for authentic religious awareness.

One needs to be “crushed” by such a moment. I am convinced that all religions are born from a search to find a path to navigate such experiences. Indeed, different religions offer different ways to do this. I believe that Judaism surpasses all of these attempts by means of the Halakha, if properly understood and applied, it translates such experiences into down-to-earth deeds that invoke these very experiences. Without translating the experience into deeds, it evaporates into thin air and becomes irrelevant.

Perhaps this is what happened to our forefathers when they stood at Mount Sinai on the day of Shavuot?

* I recently discovered an essay by famous Dutch author Godfried Bomans (1913-1971) who describes a similar experience.