Alef: The “Shehecheyanu”: At one time or another most Jews have recited the Shehecheyanu blessing. Most often it is said on holidays, joyous and milestone occasions in one’s life, or when buying something new. Another occasion for reciting Shehecheyanu is before a person eats something he or she has not enjoyed for more than a year, or which the person never ate before such as durian, horned melon, or ugli fruit.

This short blessing simply expresses our gratitude that God has allowed us to live and enjoy these experiences, moments, and physical items. 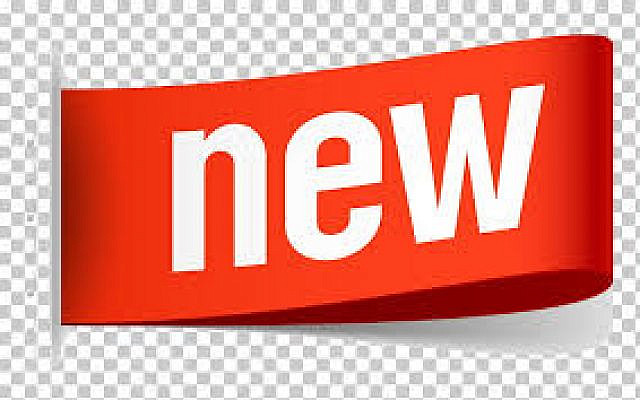 The following are excerpts from the Laws of Shehecheyanu (Shulchan Aruch Orach Chaim, 223:3) which will provide some important details: “if one built a new house or bought new kaylim/utensils (appliances, tools, devices, clothing, “things”) or similar items a first time or bought and then bought others that are the same — the person should recite the blessing every time.”

The continuation is noteworthy:  “that the item need not necessarily be new in and of itself; it may be second-hand, as long as the buyer never had one.”

Another detail is supplied in the next section (223:4) which states:  “a person should make the blessing at the time of purchase, even before the item has been used, because there is real happiness in the act of buying.”

Bet:  Beyond Shehecheyanu: The next section of the code (223:5) records a lesser-known and much-less-frequently-recited blessing called HaTov veHaMayteev – (God) Who is good and Who makes good things happen. If a person purchases new “kaylim” utensils (e.g., tools, appliances, devices) that the other members of the household will use, the person recites the haTov veHaMayteev blessing. If the person was given the item as a present, the recipient recites haTov veHaMayteev since this is beneficial to the giver as well as to the recipient.

Additionally, since the word kaylim in the Shulchan Aruch also means clothing, section 233 includes whether purchasing insignificant items such as undershirts, slippers, and shoes requires the Shehecheyanu blessing. [Note: why are shoes included in the ‘insignificant’ list?!] Both sides of whether or not to recite the bracha are discussed in the text because of the need, for example, to take into account poor people who would not consider such items — particularly shoes — insignificant. One commentator even mentions that, for wealthy people, purchasing some high-priced objects may be no more than mere tchatchkas in their opinion. Clearly, cost is not a determining factor. The purchaser’s feelings about the item are decisive.

Gimel: Summary — The Underlying Issues: Common to all aspects of section 223 that I have reviewed is the human, personal reaction to something new in his or her life. The object only means something in relation to the person. The person’s happy reaction to this new “thing” — and equally, if not more, important — the happiness at being alive to enjoy it — is the essential stimulus for reciting the bracha. The opposing opinions that maintain that it is not proper to recite the blessing are referring to the separate concept of bracha leVatala — a blessing that would unnecessarily use God’s name. In Talmudic thinking, this would be tantamount to transgressing one of the Ten Commandments, specifically, not to take God’s name in vain.

Dalet: In Conclusions, my Halachic decision: I am very aware of my extremely limited knowledge of the enormous mass of post-Talmudic Halachic material accumulated over many centuries, including contemporary responsa. I’m not even a rabbi, but still, if I were one of those Torah giants that appear once or twice in a generation or in a hundred years who had everything in their pre-computer memory coupled with instant and infallible recall, I would rule that in all cases they should recite the Shehecheyanu or haTov veHaMayteev blessing. It is their life, their happiness, their relationship to God that is the relevant determining factor. Who am I to deny them the opportunity to thank God for their good fortune, whether or not I think they should or should not?

This topic has been on my mind for a long time. I was having great difficulty relating the connects and disconnects among the three elements: God, human beings, and blessings. Now, having reviewed these aspects of the Halachah, and having given my unquestionably non-authoritative Halachic ruling in the previous paragraph, I feel a great sense of relief.