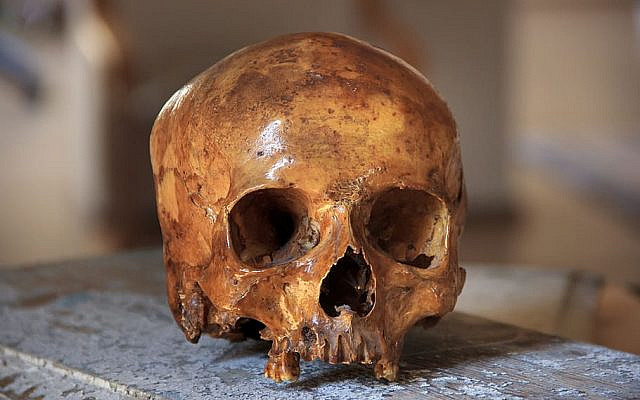 In the aftermath of the Ten Spies fiasco, the Jewish people were doomed to remain in the wilderness for 40 years until the rise of the next generation. In the words of G-d, “In this wilderness shall your carcasses drop… and your young children… they shall know the Land that you have despised. But you — you are carcasses which shall fall in the wilderness, and your children will roam the wilderness forty years, and you will suffer your deviance, until your carcasses finish in the wilderness” (Num. 14:29- 33). The word for carcass which appears three times in this passage is peger. That word and variations thereof appear some twenty-two times in the Bible. However, there are another two words which the Bible uses to mean carcass: challal and neveilah. The former appears close to one-hundred times in the Bible, and the latter, close to fifty. The questions with which we will grapple are what, if anything, are the differences between these three words and what are their roots?

Rabbi Eliyahu HaBachur (1469-1549) in Sefer HaTishbi and in his glosses to Radak’s Sefer HaShorashim explains that peger refers to the body of a human being, and is specifically used in reference to the rotting bodies of wicked men. Although, Rabbi HaBachur notes, there is one exception to this rule: Genesis 15:11, in which the word peger is used to refer to animal carcasses that were used in Abraham’s Covenant between the Pieces. (Rashi there writes that peger is related to the word pigul, “disgusting”, because, as other commentators note, the letters REISH and LAMMED are sometimes interchanged.)

Rabbi Shlomo Pappenheim of Breslau (1740-1814) maintains that the word peger is a portmanteau of po gar, “here he lives”, but does not elaborate. This possibly refers to the fact that a dead person is immobile and cannot move elsewhere, so it lives in its place for eternity.

In Aramaic, the root PEY-GIMMEL-REISH refers to inactivity or, at least, lagging behind. A holiday is known in Aramaic as a Yoma dePagra (Day of Inactivity); a Modern Hebrew cognate mifager means “retard”.

From an etymological perspective, neveilah is related to the root balah, which means “worn out” or “decay,” which is the state of any carcass left to the elements. However, in halachic terminology the word neveilah refers to the prohibition against eating from the meat of a kosher animal that died without proper shechita (ritual slaughtering). Nonetheless, Rabbi HaBachur contends that the word neveilah can refer to animal or human remains, although it refers to a human only if he was killed through an outside force, but not if he dies naturally.

In light of his understanding of the word neveilah, Rabbi HaBachur grapples with one particular passage in which the word neveilah appears. When the prophet Isaiah prays for the future resurrection of the dead, he requests, “May Your dead come to life, may my corpse (neveilah) arise. Awake and sing for joy, those who dwell in the dust…” (Isa. 26:19). Rabbi HaBachur asks: Why does Isaiah use the word neveilah when talking about himself? Some commentators answer that Isaiah himself was killed by his grandson, the evil King Menashe (Yevamot 49b), so his dead body could be fittingly described as a neveilah — someone killed by an outside force. Others explain that “my corpse” in this context does not literally refer to Isaiah’s own body, but to that of future martyrs whose devotion to G-d mimicked Isaiah’s. Isaiah calls them “my corpse” because their piety resembles his own. Their bodies can fittingly be described as a neveilah because they too were killed by outside forces.

The third word which refers to a corpse or cadaver is challal. The word challal literally means “empty” or “cavity” because the body of a dead human — emptied of his soul — is like an empty vessel. In Modern Hebrew, challal also means “outer space”. The Hebrew word for flute is chalil because it is obviously “hollow” inside. A person’s inner body parts are called chalulim because they are cavities which contain important organs.

For the same reason, other things that you would expect to be “holy” but are not are considered “hallow”, because there is something missing. To that extent, chullin is the term used in the Talmud for non-sacrificial meats, and Chol HaMoed is the term used for the days of the festival which are not as holy as Yom Tov (in terms of forbidden activities). When a kohen marries somebody forbidden to him, the resulting child is called a chalal or chalalah, because that person has been “desecrated” or “emptied” from the priesthood that s/he would otherwise receive through the father’s lineage. Another related word is a concept known as a chalut (commonly pronounced by Yeshiva students as a “chaloys”) which means the creation/effectuation of a halachic status. This word may be linked to the idea that words in Hebrew can have two polar-opposite meanings, and so here a chalut is really something that fills a void.

Every morning upon waking up from our nocturnal slumber we thank G-d in the prayer Elokai Neshama for returning our souls to our otherwise lifeless bodies. In that prayer we refer to our bodies sans our souls as “the corpses of the dead” (pegarim meitim). Of all the words for corpses that we discussed above, why do we use the word peger in this context? Rabbi Yosef Teomim (1727-1792), author of Pri Migadim, in one of his letters on Hebrew grammar, draws from Rabbi HaBachur’s approach to provide an answer. As we mentioned above, Rabbi HaBachur maintains that the word peger connotes the body of a wicked person. Accordingly, Rabbi Teomim explains that this prayer specifically uses the word pegarim to illustrate G-d’s eternal kindness; He benevolently returns the souls to even the most-wicked people, despite the fact that they do not follow His commands and are otherwise undeserving of this daily act of kindness.