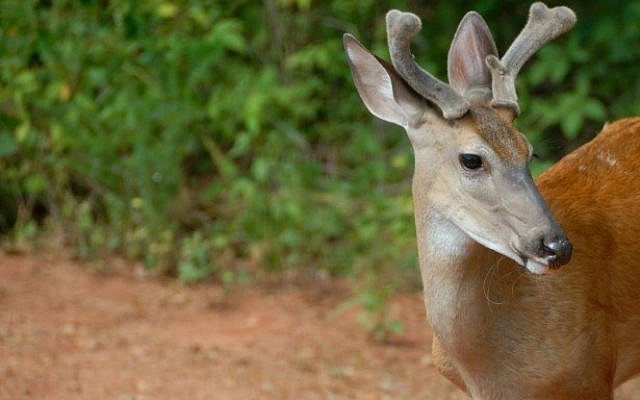 Have you ever heard an old Jewish Bubby (Yiddish for “grandmother”) refer to wild kids as chayot or behemot? Do you know what she’s talking about? Both of those words mean “animal”, but, as we have already discussed many times, in the Hebrew language there are no two words which mean exactly the same. So what then is a chayah and what is a behamah?

Before moving on to the more technical, taxonomical definitions of chayah and behamah, we will first take note of several halachic differences between a chayah and behamah. According to halacha, there are certain animal fats which are forbidden from being eaten. However, this prohibition only applies to animals which are considered behemot, not to animals which are chayot. Similarly, there is a prohibition against slaughtering a mother and its young on the same day; but this only applies to behemot, not to chayot. Plus, the obligation to give to the Kohen the meats from the forearm, cheeks, and stomach of a slaughtered animal refers only to behemot, but not chayot. Conversely, there is a special commandment to cover the blood of slaughtered animals and birds, but this commandment only applies to animals which are in the category of chayot, to exclusion of behemot.

So what is a chayah and a behamah? Of the Kosher animals, the term behamah is limited to three families of animals which are designated by the Torah as the only types of animals that can be offered as sacrifices in the Holy Temple: the bovine, the ovine, and the caprine families. Those Latin-based designations names refer to the cows/bull, ram/sheep, and goats, respectively. Only these three types of animals can be offered as animal sacrifices.  This makes defining the term behamah somewhat easier, but still leaves us in the dark because there are other, non-Kosher animals like pigs, camels, and donkeys, which are seemingly also included in the category of behamah. So what defines a behamah as opposed to a chayah?

Ibn Ezra and Radak explain that behemot are domesticated animals which live amongst people and have utilitarian uses for mankind (e.g. their meat is for consumption or they are used for transportation). Chayot, on the other hand, are wild animals which live in the uninhabited wilderness. Animals which fall into the category of chayot include lions and tigers and bears (oh my!).

Nachmanides suggests a different way of drawing the distinction between chayot and behemot. He explains that all behemot are herbivores, meaning that they are animals which feed solely on plants and other flora. By contrast, chayot are carnivores, that is, meat-eating animals.

Interestingly, Rabbi Naftali Tzvi Yehuda Berlin (1816–1893) favors the approach of Ibn Ezra and Radak and finds reason to doubt Nachmanides’ definitions. The Talmud (Bava Kamma 19b) claims that deer do not generally eat meat. According to Nachmanides’ rubric, this would place deer in the category of behemot, yet we know that deer are Kosher animals and are not one of the three families of Kosher behemot listed above. Everybody agrees that deer are chayot. How then can Nachmanides define chayot as carnivorous animals? Because of this question, Rabbi Berlin rejects Nachmanides’ approach and adopts the Ibn Ezra’s and Radak’s.  Nonetheless, a recently-published letter from Rabbi Chaim Kanievsky (a contemporary Jewish scholar in Bene Barak) offers a fascinating defense of Nachmanides’ position. Rabbi Kanievsky proposes (in a letter addressed to my friend Rabbi Chaim Tzvi Lehrfeld) that even though deer do not eat animal meat, they do eat small insects and other reptiles. Based on that assumption, Rabbi Kanievsky explains that eating those creeping creatures is considered carnivorous enough for deer to be labelled chayot, even though they do not eat animal meat.

Either way, if your Bubby calls you a behamah or a chayah it’s a call to stop acting like an animal—wild or not—and shape up!