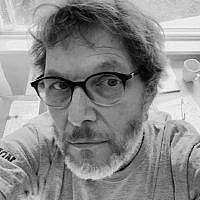 Humans cannot realize themselves alone, only in relationship. The highest realization is in Buber’s I-Thou relationship. With perhaps the one exception, in the whole of Israel, of a single hermit living in the Negev, humans are not hermits. We need community. And an individual living all alone is “missing from the world” as much as he or she is “missing community”.

Ironically, self-actualization, what Maslow considered the “highest” need, can only be realized in relation to others.

This is perhaps the clearest philosophic lesson that COVID-19 has taught us.

What is philosophy? Shimon Azulay, who teaches philosophy at Hebrew University, and lectures on Jewish studies at Ono Academic College, says: An alternative to religion.

In Yehuda HaLevi’s “The Kuzari”, written in Judeo-Arabic in 1140, the King of the Khazars, searching for the best way to live his life, invites to present their alternatives a Muslim Imam, a Christian Priest, a Jewish Rabbi and – a Philosopher.

And what is a philosopher? When Shimon Azulay’s then 6-year-old son asked his father: “What kind of doctor are you?”, Azulay replies: “A doctor of philosophy, one who heals unwell ideas.”

(Incidentally, Yehuda HaLevi and Rambam/Maimonides were both medical doctors who treated the human body, but also “doctors of philosophy” who also wished to “heal” ideas.)

Humans have ideas about everything: friendship, education, sexuality, politics, fashion, love… Everything!

Unlike animals, who live their lives based on instinct, human behaviour is conducted in large part based on Ideas. In that sense, humans are “actors within a world of Ideas”. In that sense, every human is a “Meaning Actor”.

Humans get their Ideas from many sources: their parents; their education; songs, stories, books and movies; advertisements; and the larger sea of culture all around in which their mind swims.

(Like the joke in which an older fish, swimming by two younger fish, asks: “How’s the water, boys?” And after he passes by, one younger fish asks his fellow young fish: “What’s ‘water’?”)

Azulay identifies a particular kind of regret, that can sometimes arise when a person is living their life, and then a crisis forces them to see that they are living a life according to certain Ideas that are not really “theirs”.

So Dr. Azulay prescribes analyzing and testing the Ideas upon which we are basing our life.

Problems in the realm of Ideas

Overall, the culture and ideas of “Western Enlightenment” are excellent. We can easily see their great advantages in the areas of science, medicine and technology. But at the same time, from the 18th century Enlightenment, certain metaphysical Ideas, which arose in the attempt by Rationalists to defeat what they saw as the irrationality of religion, have proven to be problematic. And today, ironically, for some of these problematic Ideas, the teachings of religion can be a tikkun, a “necessary correction”.

If a doctor of philosophy recommends we analyze the metaphysical Ideas upon which we are living our life, one question is: when should we test the merits of an Idea? Sometimes a crisis helps prompt us to evaluate those metaphysical Ideas by which our life has been lived and which a crisis throws open to question.

The Holocaust is an example of a crisis which was also an historical event, but also a metaphysical event, that prompted metaphysical questions, like those asked (and answered) by philosophers, such as Emile Fackenheim and Viktor Frankel.

COVID-19 is also a health crisis, but also a metaphysical crisis. It has prompted a tectonic earthquake in politics, and other realms, that force us to confront certain ideas or assumptions that we have held unquestioningly.

According to Azulay, COVID-19 has opened three “Gates”, previously closed, to the possibility of tikkun. If we find that some aspects of such a tikkun are available from within the Jewish tradition, this would not be the first time. Previous Jewish philosophers have attempted to address this nexus, such as Rambam / Maimonides, who was also a rabbinic legal interpreter, and also, in “The Guide for the Perplexed”, a Jewish philosopher attempting to make a tikkun to Jewish thought.

Many people see leadership as merely technical, or just the product of a career choice, as if there were no metaphysical aspect to leadership. As if.

Humans cannot live without leadership, and there is no community that does not have leadership. Even informal communities have informal leaders. There is leadership even within the small community of a family. Azulay offers as an example his Algerian grandmother who gathers her adult children and grandchildren together for holiday meals. One might think that after the grandmother passes away, this will somehow continue, but in the absence of the grandmother’s metaphysical leadership, it will never be quite the same again.

We often appreciate leaders only after they die. During their lifetime, the people complained and railed against Moses, or Abraham Lincoln. Then, after they die, we say: “Those were great leaders!” But that human tendency is not just for historical figures. We usually give public heartfelt appreciation of the good qualities of our parents only in eulogies, which we say after they have passed away.

Community (kehila) is not something that is “nice to have”. Like bees and ants, humans are social creatures. Without community, we lose our selves. COVID-19 forced us to realize that when we got together for Friday night dinners, it was not just about dinner. When we interacted with colleagues at work, it was not just about work. The shining ideas of individualism, autonomy and freedom also have shadow aspects.

COVID-19 revealed that loneliness is not just something that afflicts old people, or affects “widows and orphans”. Perhaps COVID’s hardest hit cohort are those aged 18 to 24, that time in life when being with other people, meeting other people, interacting physically, emotionally, intimately, with other people, is so critical.

We can see in the Western world evidence of this “narrowing” that arises from extreme individualism, autonomy and freedom, for example in the decline of the birth rate to negative numbers. This reluctance to reproduce ourselves is literally existential. The cherished Western ideas of freedom, autonomy and individualism come at a cost. So it turns out that when you do everything online, when you are isolated from others except electronically, when you have a high degree of privacy, there are all sorts of consequences.

If COVID-19 has opened a Gate to a renewed appreciation of the value of community, then Judaism’s intensely communal nature may offer a tikkun. Judaism is against celibacy and in favor of marriage, requires the minyan’s quorum of ten to pray, celebrates all holidays and festivals communally, whether around a Passover seder table, at a Purim megillah reading or at a wedding. The micro-community of marriage and family is perhaps the clearest example of where you give up your individualism, autonomy and freedom in exchange for meaning, and for relationships that, yes, restrict your options, but also truly allows for your self-actualization.

Meaning is the “secret sauce” of Judaism. The whole rabbinic and Talmudic interpretive tradition is about finding the true meaning behind the Torah’s narratives and commandments. The need for meaning is a fundamental human drive.  Maslow put meaning as a kind of “luxury need” that you care about only after you’ve satisfied all of the more basic needs. Azulay sees this as upside down. Viktor Frankel’s “Man’s Search for Meaning” shows how the need for meaning lies at the metaphysical heart of human life.

The Western substitution of the need for “happiness” is problematic. The pursuit of an idealized happiness comes through in every movie, every advertisement, every song, every birthday celebration. While Judaism does highly value simcha, or joy, it is not focused on happiness. Instead it sees people as “Meaning Actors”.

Almost everything that people see as important in life – raising children, getting an education, having a career – requires work, effort, even struggle. We left the Garden of Eden and went out into the world of work, effort and struggle.

The crisis of COVID-19 – and perhaps the gift of COVID-19 – is that it has opened the philosophic Gates of the metaphysical ideas of leadership, community and meaning. Perhaps philosophy will help us heal by offering tikkun, necessary corrections.