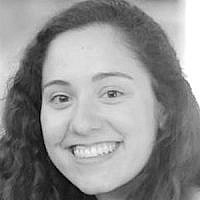 The Blogs
Alexa Kwart
Apply for a Blog
Advertisement
Please note that the posts on The Blogs are contributed by third parties. The opinions, facts and any media content in them are presented solely by the authors, and neither The Times of Israel nor its partners assume any responsibility for them. Please contact us in case of abuse. In case of abuse,
Report this post.

When most people think of Shimon Peres, they associate him with “peace.” This word sums up much of his life’s work. It is what he strived toward, what he wanted for the State of Israel and for the world. He was an optimist with the belief that there can be peace in the world if we work to get there.

Former President and Prime Minister of Israel, Shimon Peres, passed away on Wednesday, September 28, 2016 at the age of 93. His legacy has influenced countless people and will likely continue to do so into the future.

Regardless of the specific policies he implemented, I believe we can agree that his intentions were to achieve peace. Not everyone agrees with the specific ways he wanted to reach peace, but nonetheless his goal has remained clear: peace.

In addition to peace, Peres also had a passion for the State of Israel. We see this though his years of service as President and Prime Minister of Israel, in the Haganah, as Ministers of the Knesset, and in the Israel Defense Forces. He also played a pivotal role in bringing Ethiopian Jews to safety in Israel, and he encouraged the advancement of Israeli technology and security.

His full life of duty to the State of Israel shows us he really cared about Israel’s survival and its necessity in the world. As one of the influential people in the development of a strong Israel, Peres has undoubtedly shaped the nation and the world.

Peres’s dedication to this concept called “peace” got me thinking. Should peace be our ultimate goal?

Maybe we can reach even further.

Peres’s dedication to this concept called “peace” got me thinking. Should peace be our ultimate goal?

Maybe we can reach even further.

Peres’s commitment and efforts toward peace have propelled me to think of our approach to achieving not just peace—but rightness—in the future. His lifelong goal for peace has acted as a springboard for my opinion.

Peace should be a part of the process, but not the entire goal. I strongly believe we should strive for what is inherently right, in addition to what is peaceful. At first glance, the two seem to be interchangeable. But they aren’t.

Peace is when people live together without fighting. But just because a solution is peaceful does not make it right. We must also work toward rightness. For instance, this means not excusing terrorism and not taking certain actions simply for the sake of tranquility.

When you combine peace and rightness, you can make great strides. This way, the end result would be one where the situation is both harmonious and appropriate in terms of each people’s behavior. Then those who act good will receive good.

Through the inspiration of Peres’s earnest plea and action for peace, we can do our duty to take that commitment a step further.

May we use Shimon Peres’s life as an example to always take action, to continue to propel ourselves to make peace, and to aspire toward what is right.

About the Author
Alexa Kwart is a student at the University of Maryland with a passionate interest in supporting Israel. Through her travels internationally, she has made an effort to connect with and learn about Jewish communities abroad, while maintaing a strong connection with Israel.
Related Topics
Related Posts
Comments