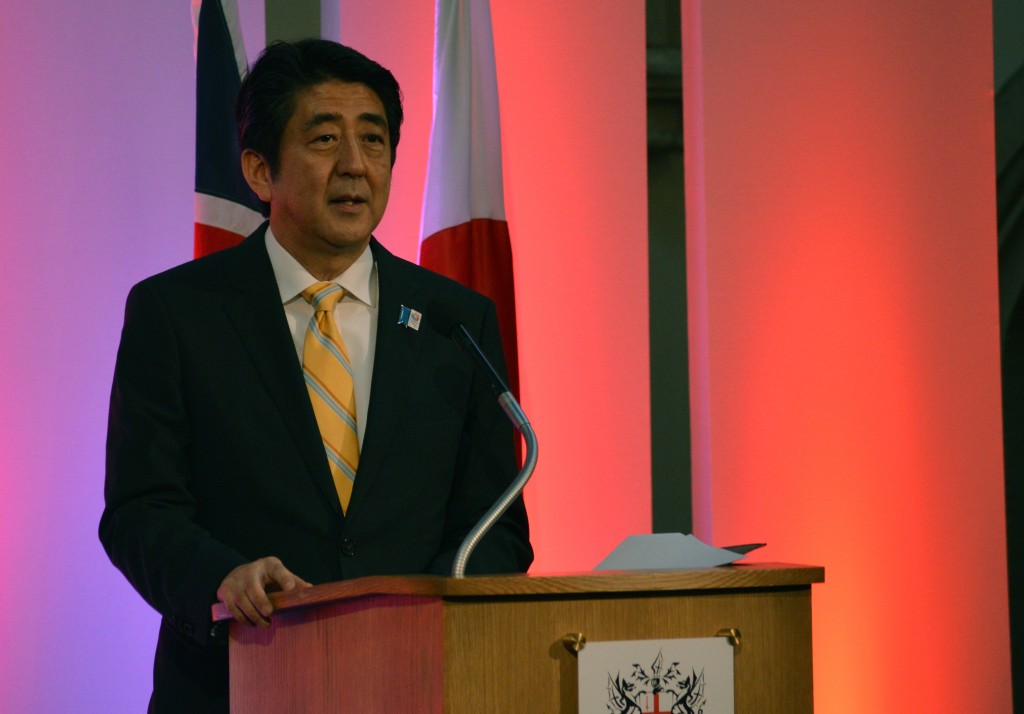 Japanese Prime Minister Shinzo Abe has announced a plan to revise his country’s pacifist constitution. He has also set a deadline of the year 2020 for doing the same. This announcement was made by PM Abe at the 70th anniversary of the Japanese Constitution which was drafted by the allied forces after Japan’s defeat in the Second World War. PM Abe and his Liberal Democratic Party (LDP) have for long had the ambition of amending the constitution, which has not been touched since it was adopted on May 7th, 1947. Two years ago, Japan enacted a security legislation which enabled its armed forces to operate overseas and fight along with the allies if Japan was directly threatened. At that time, there were massive internal protests against the change in the defence posture of the country. The latest announcement to amend the constitution has also divided the nation vertically. According to the Japanese law, amending the constitution requires a two-thirds majority in both houses of Parliament as well as ratification by the people in a national referendum. The LDP and other forces who are in favour of amending the constitution won a two-thirds majority in the last year’s election to the upper house. They already have the requisite majority in the lower house. This brings PM Abe’s ambition of amending the constitution closer to realisation.

Historically, the LDP has always been in favour of revising the constitution, since the inception of the party in 1955. They believe that it devalued the indigenous ‘Japanese spirit’ as it was superimposed by General Douglas MacArthur on Japan. Strong opposition forces led by Japanese Socialist Party and Japanese Communist Party used to neutralise the right-wing LDP towards the centrist politics have been weakened in the recent years. Moreover, the increasing insecurities in Japan regarding the situation in the region surrounding Japan would provide PM Abe to materialise his ambitions of amending the constitution. PM Abe is not completely confident of securing a two-thirds majority in the next year’s lower house elections in Japan, therefore, he wishes to start the amendment process as soon as possible to incorporate the conservative ideology of LDP within the newly formed constitution or the amended constitution per se.

Since the victory of LDP in 2012, PM Abe has been intensifying his efforts to amend the constitution to accommodate the security aspects of Japan and the whole region beyond Japan. He has taken a number of measures in the sphere of security, for instance, reinterpreting the constitution with respect to Japan’s right to collective self-defence and also the need for Japan to extend greater assistance to his own ally i.e. the United States. Today, he is comfortably placed at the ‘National Diet’ i.e. the Parliament of Japan, where he enjoys more than two-thirds majority in both the houses, which is, in fact, the prerequisite for amending the constitution.

There is a feeling in the ruling elite of Japan, that Japan is not a ‘normal’ state, so it should become a ‘normal’ state soon. By the word ‘normal state’, it is meant that Japan should be capable of having a constitution where the military can play an important role, like in any other modern state. The current constitution of Japan is not their own and has been superimposed after the Second World War. There are several anomalies with the current form of constitution, not just in terms of military role but political aspects too. For instance, the position of the Head of the State is actually missing in the constitution, and the Emperor of Japan is merely a ‘symbol’ of the State. Hence, the primary aim of PM Abe to amend this constitution is to establish a ‘normal’ constitution.

Apart from the Pyongyang, the Japanese seem to be facing a maritime security threat from China in both the South China Sea and the East China Sea. Besides North Korea and China, Japan has troubled relationship with South Korea, especially due to the ‘Comfort Women’ issue of the 1940s. The United States has assured Japan that it would stand beside Japan under the Article 5 of US-Japan Security Treaty. Japan feels somewhat reassured militarily but it seems that they cannot take the risk of an unpredictable leadership of the United States. In March 2017, the ruling LDP urged the Japanese Government to immediately consider deploying the US anti-missile system, introducing cruise missiles that are capable of directly striking the North Korean bases in response to the potential threats from Pyongyang. They also favoured the introduction of US Terminal High Altitude Area Defence (THAAD) missile system and land-based Aegis Ballistic Missile Defence System. The US has not only deployed such anti-missile weaponry but also deployed nuclear weaponry in Japan for the security of Japan. The way such deployment was papered over to circumvent the constitutional provisions of Japan that prohibit offensive military strategies by Japan.

Article 9 of the Japanese Constitution is the ‘pacifist’ part of the Japanese Constitution. PM Abe has confirmed that he does not wish to amend the language of this article. There are two paragraphs in this article, the first one renounces war, both as a means of settling international disputes and the sovereign right of the nation to go to war. The second paragraph prohibits the maintenance of land, sea and air forces. The twist in the tale is that PM Abe wishes to add a third paragraph to Article 9 to acknowledge the existence of ‘self-defence forces’ i.e. to legitimise the SDF.

The critiques have been arguing that Japan needs to amend the politics of Japan, rather than amending the constitution. The security legislation which was brought two years ago testified the fact that LDP has been wishing to unite the populace under an ultra-nationalistic banner to incorporate their ideology in the constitutional document which it has failed to do so since its formation in 1955. Recently, Japan has passed a legislation to protect the official secrets which prohibit any leakage of diplomatic, military and counter-intelligence information to the public. The critiques have been pointing towards the fact that it resembles the Official Secrets Act of 1935 which was used to suppress any domestic dissent under the garb of containing the communists.

PM Abe draws strength from the right wing organisation called ‘Nippon Kaigi (Japan Conference)’ which is in the background of all these efforts. It is a well networked, grassroots organisation that is good at organising rallies, getting signatures and also influencing local elections in Japan. Nippon Kaigi is behind all these efforts and they would work in tandem with PM Abe to secure the public support which is essential to amend the constitution during the referendum. But the question that remains unanswered to the people of Japan is that if this exercise is aimed at reviving militarism or is it aimed to revive the self-defence measures for Japan?