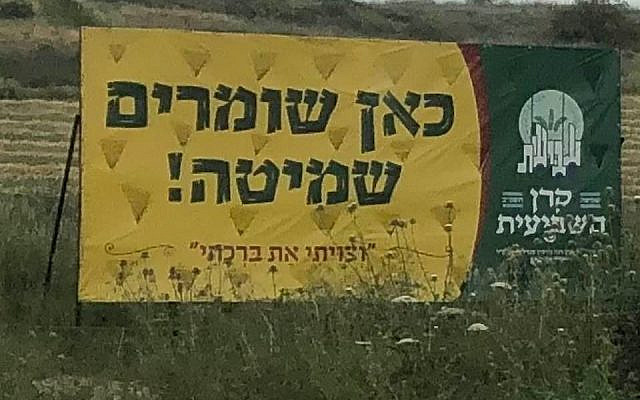 In Parshat Behar (Vayikra 25:4-5) we learn about the forbidden melachot (types of work) of Shmita (the Sabbatical year):

The following are the melachot listed in the verses above which are biblically forbidden during the Shmita year and directly impact those with a garden in Israel (and in some cases even house plants):

Vegetables must already sprout before the Shmita year begins so they must be planted before the 26th of Elul so that they are not considered Sfichim (produce that grew during the Shmita year without having been purposely planted).

Seedlings planted with their soil may be planted until Rosh HaShana. They are considered to have already taken root.

There is a dispute if flowers can be planted up until Rosh HaShana or if they need to take root before. If so, they would need to be planted by the 26th of Elul.

One may not trim their trees unless there is a sick branch that needs to be removed. Pruning may involve the Biblical prohibition of Zemira and is therefore problematic.

Torat Kohanim (Sifra Behar, Parsha 1) ask a question:  If reaping and gathering are forbidden, then how are we able to eat the produce of the Shmita year?

If you have fruit trees in your garden, you must declare them to be “hefker,” ownerless and you must give the public access to your garden so that they can pick the fruit and then you too can eat from the fruit as well.

Picking fruit for consumption (after your garden has been declared “hefker”) and picking flowers for enjoyment are permitted. According to Rabbeinu Tam, when harvesting, it should be done with a “shinui”, in an altered manner.  Harvesting with a “shinui” makes it clear that you are not demonstrating ownership. The Rambam’s interpretation of a “shinui” is a change in the amount of produce that you harvest. You should only take the fruit needed for you and your family for several days.

One is permitted to pick fruit in the usual manner at the beginning of the Shmita year since that fruit does not yet have Shmita sanctity as it took shape during the 6th year. However, keep in mind that during the 8th year, it is still forbidden to reap and harvest produce with Shmita sanctity (fruits that took shape during the 7th year) in the usual manner. There are calendars available which list the dates when each fruit’s Kedushat Shviit (Shmita Sanctity) begins and ends.

One is permitted to water their garden, but it should be done less frequently than in a regular year.

Weeding should only be done to save a plant and weeds should only be removed by the roots if absolutely necessary, otherwise, they should be cut back. One can also spray before the Shmita year to prevent the weeds from growing.

Mowing should be done regularly as it is done for beauty.

Fertilizing may not be done. However, one may use a slow release fertilizer before the beginning of the Shmita year.

Planters with holes in the bottom, on the ground floor of a house which are not sitting on a plate must be treated as if they are outside in the garden.

Tasks that sustain the field in its current condition are permitted. Rabbinic prohibitions (all agricultural work aside from planting, pruning, reaping, gathering and plowing) may be permitted if they save the field from long lasting damage.

We see from here that the laws of Shmita are very much alive in Israel today, even if they are only observed now on a rabbinic level. If a question about observing Shmita in your garden arises, it is best to consult a Halachic authority.