A friend of mine in Israel likes to send me Hebrew words or phrases he comes across that will amuse or bemuse me, preferable the latter.  He sent me an advertisement that included the phrase  בלאק פריידיי  which is “Black Friday.” Why would Israelis have a discount shopping day created to follow American Thanksgiving and kick off Christmas shopping in a country that has little or none of either? The answer is in the question: everyone the planet over loves a discount. Maybe you missed Black Friday but you figured, let me wait for the big one: Cyber Monday. Sorry to tell you but you already missed the REALLY big one.    What started in China as an un-holiday for bachelors, Chinese “Singles Day” on November 11th is the big kahuna of online sale days. Singles Day also holds a hidden link to one of Maoism’s darkest secrets. 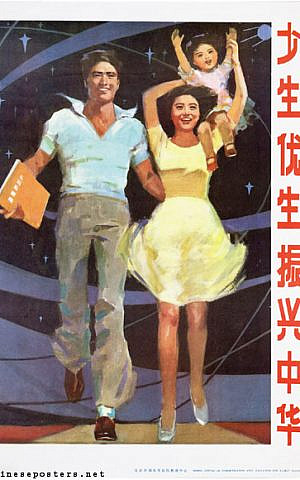 Black Friday sales this year were over $7 billion.  Cyber Monday sales in 2017 were a record $6.59 billion.  Jack Ma, owner of China’s online giant “Alibaba” does four times that amount on his one really big day:  $38 Billion in sales on November 11th. If you’re an American, chances are pretty good you’ve never even heard of it.  Singles Day is worth more than the yearly output of 93 of earth’s COUNTRIES.   Singles Day is big in Israel.  Alibaba lists Israel as fourth in all global transactions on 11/11.   The world’s wealthiest man took notice: Jeff Bezos’s Amazon launched its Hebrew language site in Israel this year when? On Black Friday? Cyber Monday? Nope. On Singles Day.

It’s nice to know that bricks and mortar still lures real people off their cyber-sofas on Black Friday.    Here in the US, 171 million people went out shopping between Black Friday and Cyber Monday.     That’s half of all men women and children across the fruited plain.   “This little piggy went to market, this little piggy stayed home”, in the words of the nursery rhyme.  And shoppers did indeed spend, an average of $375 a person in the Black Friday weekend on their way to last year’s average $1200 in holiday purchases.

Black Friday has a dark side.  It is said to have come from a term used by Philadelphia police in the 1950’s to describe dismal traffic conditions in the day-after Thanksgiving shopping rush.    There is even a “body count” for Black Friday, including 12 deaths and 117 injuries since 2006 resulting from shopping confrontations with three fatal shootings over a parking spot.

But Singles Day has an even darker side which is important to know as Beijing seeks to strangle democracy in Hong Kong.    The celebration was started by male Chinese university students as an ironic distraction from the prevalence of single men that resulted from Mao’s “one child” policy.  November 11th: get it?  Four ones, 11/11, singleness? Beginning in 1979 Mao officially limited couples to one child, or a second child only if the first had been a girl.  And before that in the early 1970’s, communist party policy was that couples had to wait to have children, and then only two.  Boys were preferred by families who thought they would better help support the family.    The unintended consequence was testing for the gender of the unborn and subsequent sex-selected abortion, abandonment, infanticide and government abduction of girls for foreign adoption, all of which led to many more boys than girls. The communist government estimated that four hundred million births were “prevented”.   By the late nineties in China, the result was not surprising: a surplus of bachelors.

Many people in the US bemoan how our rush of shopping and materialist gift giving obscures “the reason for the season”, be it the birth of messiah in Christmas for Christians or the miracle of redemption and re-dedication at Hanukkah for Jews.    I think I’d be more prone to wanting to forget the meaning of Singles Day or avoid it altogether.

If I hadn’t already missed it.

I’ve written this with some whimsy but neither the One Child Policy nor the oppressiveness of the current Chinese communist leadership are to be made light of.  You can search the subject easily.   Here is a trailer for a film available free on Amazon Prime Videos that gives context.

About the Author
Steve Brown is a registered architect and has headed an architecture, environmental design, and construction firm in the Philadelphia, PA area since 1985, whose recent work includes several Net Zero Energy projects.
Comments