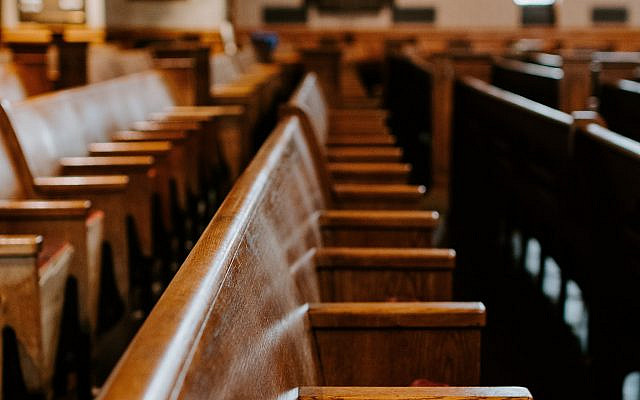 The UK’s political and corporate cycles are geared to the short-term. Governments, from the day they achieve office, are thinking about how best to win the next election, and companies about how they will pay the next dividend.

Contrast with the biblical story of Joseph that has just been read in most Jewish communities. His dreams led Egypt to think longer-term. Over a 14-year cycle, there would be rich harvests, with the grain kept in newly built storehouses, ready for the seven years of famine that followed.

The ideas of legacy and ‘good ancestors’ was the theme of a sermon delivered by Rabbi Josh Levy of Alyth Synagogue last Shabbat when we celebrated the batmitzvah of my granddaughter Natasha. In her Dvar Torah, Natasha referred to the Jewish values she had inherited from her great-grandfather Michael (my late father) as
a legacy that had inspired her.

Ancestry takes all forms. Native Australians rose up in revolt last year when it was revealed that the mining giant Rio Tinto had wantonly destroyed an ancient burial site at Juukan Gorge while exploiting reserves of iron ore. The lack of respect for ancestry led to condemnation in Canberra and a clearout at the top of Rio.

Soon after the state of Israel was born, foundations supported by the Rothschild family recognised the need to plant some long-term roots for the Jewish state. The Knesset building, the more modern Supreme Court and the idea of a National Library are all about creating a legacy for Israel. Many of these projects took decades and long-term thinking to be brought to fruition.

Here in Britain, legacy is hugely respected. With the help of planning laws, designed to preserve great buildings, the Jewish community has been able to maintain its own legacy in the shape of Bevis Marks in the City and other synagogue gems such as the now deteriorating Middle Street Synagogue in Brighton.

Among the reasons why I am such an avid supporter of the proposed £100 million Holocaust Memorial adjacent to Westminster is that it is vital that future generations, long after the last survivors of the death camps have passed on, will not forget the horror.

Modern Britain still enjoys the legacy of its Victorian ancestors. In London, the Bazalgette sewage system is tribute to the willingness to invest to make the capital a more liveable place. Most of our modern railway system is a tribute to the investment of the barons of the industrial revolution.

Prime Minister Boris Johnson often finds himself under attack for his lack of attention to detail. But he does see the value of creating legacy. ‘Boris Bikes’, the rebuilding of the great St Pancras station, including a magnificent hotel, and countless other projects are part of his mayoral legacy.

Building back better is a vision for the country. Speeding up the roll-out of fibre broadband is part of the nation’s online legacy. HS2 is a visionary project that would have reshaped transport in the UK. The Leeds leg of HS2 and with it an HS3 trans-Pennine route to the North East has been sacrificed.

As ancestors we need to think about what values and legacies we leave or future generations. As Jews have recognised down the ages, learning is one of the keys to survival of the ideas of a people. The value of education can never be underestimated. Among the great economic advantages this country has is its great research universities, themselves the legacy of their 15th-century founders.

Their contribution to preserving life, a great Jewish tenet, has been more than evident in the pandemic, as exemplified by the Oxford AstraZeneca vaccine. It is the result of an ancestry of scientific inquiry that benefits the human race.