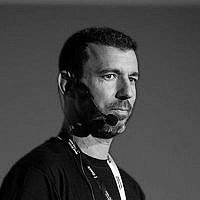 The Blogs
Guy Bar Sade
Apply for a Blog
Advertisement
Please note that the posts on The Blogs are contributed by third parties. The opinions, facts and any media content in them are presented solely by the authors, and neither The Times of Israel nor its partners assume any responsibility for them. Please contact us in case of abuse. In case of abuse,
Report this post.

The last decade in the global gaming industry is undoubtedly marked by the rise of mobile gaming, which has completely changed this industry. The distribution companies in the past were the ones who dictated how the game market would look like, lost their power in favor of the free market, and today the ease of game distribution is amazing and allows players to enjoy an endless variety of games.

The last decade marks a renaissance of the gaming market that has experienced significant growth, which is estimated to bring revenues about $ 175 billion in 2020, and according to Newzoo, one of the largest gaming research companies in the world, by 2023 is expected to bring in revenues no less than $ 200 billion.

The accessibility of the games and the transformation of the smartphones that each of us has in our pockets today, into the leading platform in which users consume their games, which currently occupies about 45% of the global gaming market according to the gaming companies’ profits data, has done wonders also for game developers and has opened for them a whole world of unlimited possibilities.

The Economic Model of Gaming Companies

As mentioned, the entry of smartphones into the gaming market has led to a jump in the profits of gaming companies, which come mainly from various purchases within the game itself, such as: skipping or opening unique stages, purchasing characters and various accessories for them, or purchasing coins, tokens, diamonds or any other means of in-game purchases.

The significant increase in the last decade in the use of mobile devices as the main gaming platform and the transition of cellular networks to the 5G technology that is gaining momentum these days, open a unique window of opportunity for game developers, make high-quality games accessible, and taking the gaming industry one more step further.

On the other hand, the opportunity that opens up for game developers also highlights the need for advanced segmentation capability, in order to tailor content and experience at the most accurate level, in order to retain players long-term on the one hand, and maximize profit from each of them on the other.

The gaming industry in the last decade has become, following the rise of smartphones as the main gaming platform, a much more accurate industry based on different economic models. These are supposed to predict the impact of optimization on the game, including campaigns or features, and know if the players will like it, making them spend more money which will increase the revenues of gaming companies. Sometimes a small feature, can make a big difference, and in an instant pour into a company’s pocket millions of dollars in a short period.

In-game optimizations are done every day by gaming companies, which daily check new features, which require continuous monitoring, of all the required aspects, to predict whether it is a successful feature, including daily earnings, feature use, in-game inputs, conversion rates between in-game traffic and purchases and more.

When game companies introduce optimization, such as a new feature for the game, they take quite a bit of risk. Players may not like the feature and a wave of departures may begin. Gaming companies often go on a tightrope, with the addition of the feature and entire departments are on hand on the pulse, when entering one of these into the game.

Human experimental players for virtual AI players in the sandbox

Nowadays to allow gaming companies to predict in advance how optimization will affect the game, the game companies have entire departments whose job it is to try out the new feature or campaign. The experiments in the game are designed to understand the degree of satisfaction of human players from it, which will also translate into revenue. Today’s approach is based on trial and error and in front of a wider audience.

The multiplicity of elements that make up the game and the need to consider many factors, make the craft of adding the new feature or campaign, very complex. The

A/B testing that is the dominant approach is designed to examine the effect of optimization on the game, it is slow, not always accurate enough, is limited in PVP games, and does not simulate enough a wide range of scenarios and options.

This creates a need for technology that will allow games companies to predict in advance, whether the optimization they intend to put into the game will be successful and will cause the player to spend more money through various purchases its makes. Gaming companies know that the profit they make from each player should be higher than the amount they spent on the various marketing tools designed to attract him to the game (ROI), the player should be engaged in the game and love to play it, and on the other hand, they should make the player make multiple purchases.

Improving the predictability of the quality of the game and moving from a world of players’ gut feelings to a world of the image of many virtual players, is about to change the game experience once again. Companies that use AI to predict how users will react to the new optimization entering the gaming industry are likely to be the next hot thing in the global gaming market, which is only growing every year, especially during the Covid-19 era and the social distance it imposes on us. Using a “sandbox” & simulations approach, allow those companies to simulate hundreds or even thousands of “what if” scenarios, almost in real-time, much faster and cheaper than the current approach, in a way that reduces risks.

The simulation “sandbox” technology provides real-time data on the economic indicators that gaming companies examine, which allow them to examine the success of optimization, such as conversion rate, LTV, amount of revenue from features, abandonment ratio, and more

A solid and robust simulation engine allows gaming companies to make better decisions about game development and the new features and campaigns they are testing every day, thus significantly will increasing their potential revenue.

The global gaming market, which is only expected to grow in the coming years, is in a peak period, and the possibility of pre-arranging a wide range of different simulations and scenarios, which provide accurate economic data on features, campaigns, and any other game optimization, is very valuable.  Especially, when The engagement of programmers and developers is becoming more and more expensive. Players simulation technologies will also shorten the duration of game development and allow players to enjoy an even wider variety of breathtaking virtual worlds.

The author is the CEO and co-founder of Simpool.io, an Israeli startup that has developed a Simulation-As-A-Service platform for gaming companies.

About the Author
I'm passionate about data and the hidden gold inside of it. Before founding Simpool, I have led Plyatika's data unit (both analytics and engineering). I also have a Bachelor of Science In Engineering of Industrial Management.
Related Topics
Related Posts
Comments