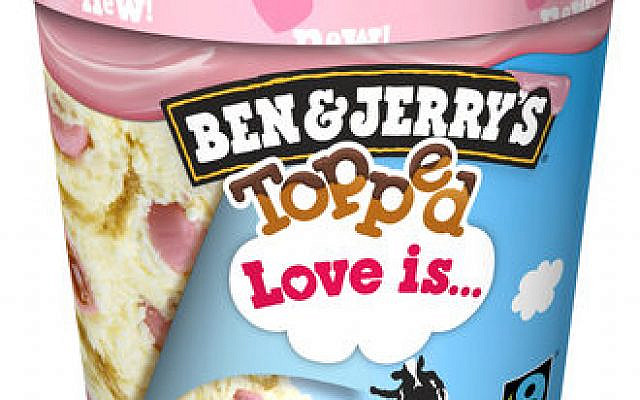 Ben and Jerry's is Kosher Certified by the Kof-K. Photo is licensed under the Creative Commons Attribution-Share Alike 3.0 Unported License

On the Kalman Lieberman Israeli radio program this week, Member of Knesset Moshe Arbel of Shas called on the Orthodox Union to remove its kosher certification from the ice cream maker following the company’s announcement that it would no longer sell its product in Judea and Samaria. MK Arbel acknowledged that while Israel’s Chief Rabbinate could not make such calculations when issuing kashrut certifications for legal reasons, private organizations certainly have the right and even the obligation to uphold their values through their activities. If Ben and Jerry’s takes an explicitly anti-Israel stance, then the OU, which is proudly supportive of the Jewish State, should have no part in aiding the company’s desire to sell its product.

It should be noted that Arbel is wrong; the OU is not the certifying kashrut agency for Ben and Jerry’s ice cream. Rather, the Kof-K gives B&J its stamp of approval. And the Kof-K isn’t a semi-public organization that answers to a board and its constituent congregations. It’s a private company held by a single family. I’m sure that the Ben and Jerry’s account is quite lucrative, and I wonder if the Senter family in Teaneck feels sufficient push to abandon the account. And, even if the Kof-K pulls out, without a doubt some kashrut agency will happily fill the void. It’s also nice of MK Arbel to give the State of Israel a pass – while passing advice to US kashrut agencies.

At the same time, Arbel raises a fascinating issue. To many companies, kosher certification represents an imprtant part of their marketing efforts. In truth, the percentage of consumers that demand kosher only products is quite small. At the same time, these companies see their certification as important for marketing and market share; it’s an integral part of the landscape of food sales. Losing kosher status can prove quite costly for a company in the partnerships, stores and shelves it can place itself. Seen in this way, the religious community as a whole has a great deal of power in its collective kashrut power, which is essentially held by a small number of leading kashrut organizations.

Imagine for a minute that these organizations, which control 80 percents of the certifications, banded together and decided that they would not certify organizations that participated in BDS. Sure, a company could turn to a smaller, less known Kashrut symbol. But it would lose its own status by having to turn to a “minor” symbol, while also losing the ability to work with many other vendors around the world.

If kashrut agencies consider themselves representatives of the Jewish communities that they serve, advocacy for Israel can and should be an important issue to them. We’re now learning that seminars, camps and trips are no longer sufficient. The Orthodox commuity must bring its market power to bear in support of the Jewish State.

About the Author
Rabbi Reuven Spolter is the founder and director of Kitah (www.kitah.org), a new online Jewish learning plaform bringing Jewish learning to Jewish schools and Jewish homeschooling families around the world. He is also the founder of the Mishnah Project (mishnah.co), an online flipped-classroom learning initiative focusing on using the power of visual learning to bring the Mishnah Yomit program to a global audience. He has served as community rabbi and taught formally and online for over two decades. He has taught and lectured to groups of all ages in communities around the world.
Related Topics
Related Posts
Comments
Advertisement