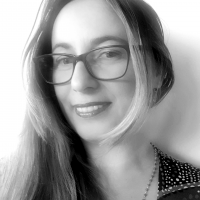 It seems that talking of the Holocaust in the UK is a controversial topic amongst certain groups of people. As I am academically a lawyer and sociologist who is a granddaughter of a Shoah survivor and descendant of a family with many recorded as exterminated at Belzec Camp in Poland, I decided to investigate why UK legislation should consider a denial of the Holocaust as a criminal offence.

From the very beginning of my research, it became apparent that in the UK, unlike many other European countries, the event of the Holocaust is not secured by legislation that defines this as historic fact which must not be denied. This provides a foundation for many Holocaust-denial supporters with an option of a belief rather than a historic fact, if at all. Holocaust-denial supporters will often make this matter more complex by throwing human rights into play. They will argue that they have a right to express their belief.

It is significant to understand what Holocaust means if anything. It depends on who you ask. The fact that there is no law securing this as a confirmed historical fact that must not be denied, leaves students between a choice of ‘’evidence’’ and its own ‘’interpretation’’ which is strongly encouraged and confirmed by ‘’the National Curriculum in England and the national assessment objectives that frame public examinations at GCSE and A-level include a focus on ‘historical interpretations’ (plural) as well as referring separately to students’ own use of evidence’’. https://www.history.org.uk

With this kind of approach, young people form the idea that it is their right to believe that the Holocaust never happened and is justified to deny its existence if one can prove by selectively ‘’historically interpreting’’ the ‘’evidence’’ that this never happened, through the empowerment of free speech, a core value in British life. This results in an increasing number of people underestimating the meaning of the Holocaust and/or eventually repudiating it.

Currently, in the UK one can legally deny the Holocaust entirely or simply state that some Jews were persecuted but the number was vastly exaggerated.

People here forget that Hitler utilised the right of free speech before he took the right of free speech away. He did this successfully through frequent propaganda on the radio and press. In today’s world many people will use social media platforms to express their views. Anyone can post anything; many people are free to pick their ‘’evidence’’ from not necessarily scholastic and reputable sources to suit their views on history. The problem does not end there.

Many people undermine the existence of the Holocaust for their political agendas or simply not so much denied but used to falsely politicise issues regarding the Israel/Palestine conflict. There is a general belief that if a common man wants to believe that the world is flat than so it shall be. But is this good? Where does this end? What next if we fail to stop Holocaust denial in academia and ordinary life?

The aim of these laws is to avoid the resurrection of Nazism by stamping it out early before it gets out of control. So, if this attitude is not against the human right of free speech why should people over here think otherwise?

Continued in next part.