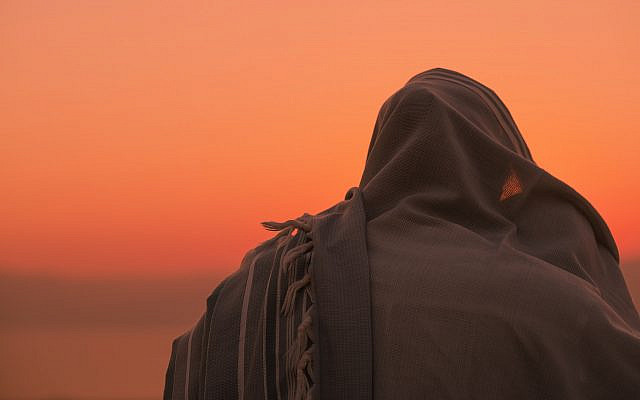 Aleinu is one of the most frequently recited prayers in the entire Jewish liturgy. Its origins stretch back into the mists of time. Tradition associates it with Joshua, modern scholarship with the end of the pre-Christian era. It is also, though much loved, one of the most controversial. It divides into two paragraphs; the first narrow, particularist and rooted in the present, the second uplifting  and universalist looking forward to a glorious future.

The first paragraph used to begin with our thanks that God has made us unlike the nations of the earth, who bow down to vanity and emptiness, and prostrate themselves to a god, who cannot save, whereas we bow down to the one true God. Not exactly the ticket in our modern world preoccupied as it is with inter faith tolerance. It was made worse by the fact that the Hebrew word for emptiness can also be translated as spit. Indeed  there used to be a custom to spit after reciting those words and the appropriate instructions appear in some old prayer books. There was indeed a Yiddish phrase referring to someone who arrived so late as only to get to synagogue in time for Aleinu that er kummt tsum oyspayyen he arrived in time for the spitting.

Worse still, some antisemites pointed out, that the numerical value of emptiness is the same as the that of the Hebrew form of Jesus and that vanity could also equate to the Hebrew form of Mohammed. By reciting these words Jews were therefore mocking the followers of those faiths. These claims were a calumny. The prayer, as already observed, is pre-Christian and therefore naturally pre Islamic. There was no hidden agenda in the words.

Nevertheless the prayer attracted the wrath of non-Jewish censors and the offending verse has been deleted from Ashkenazi prayer books. There may even have been some self censorship. It is not part therefore of Minhag Anglia  the practice of Jewish communities in this country and does not appear in our standard prayer books, either Singers or  Sacks.

There have however been suggestions that the verse should be reinserted some associated with Rav Diskin one of the great sages of  Jerusalem in modern times. In part this is a result of the growing assertiveness and sense of entitlement of the ultra orthodox.- the same motives that have led them to abandon the loyal prayer for the monarch. Why be nice to gentiles? In part it stems from the understandable feeling that we determine our own prayers and should not be subject to outsiders. The trouble with that, is that we have determined our prayers and these words were dropped more than three hundred years ago. To reinstate such a sentiment is to make a change but to what purpose? Most gentiles one knows are not bowing down to anything, let alone to vanity and emptiness/spit. What is the point in saying that they do?

Some years ago I attended an inter faith meeting of Jews and Sikhs at the home of the late Chief Rabbi Lord Sacks. The meeting was composed almost entirely of Rabbis and Sikh religious leaders with myself being virtually the only lay person present. Each side praised the other and remarked that for all the superficial differences there were deep points in common between our faiths. As at the time, I was in mourning for my mother and wished to say the memorial kaddish, I gathered the Rabbis for evening prayers after the meeting. As I was leading the prayers, I could not help notice that several of the Rabbis-possibly even a majority- were reciting the verse in question. Not only was this in defiance of Minhag Anglia but made a mockery of the sentiments they had expressed at the meeting only minutes before.

There has recently been  a considerable outcry about supersessionism. This is the Christian doctrine going back to Paul that the crucifixion of Jesus provided a chance of salvation for all mankind and that the salvation previously obtained through obedience to the law now no longer applied. He was not saying that the law was vanity and emptiness or even that it had never had been valid. Rather it had been but was now redundant. Understandably the doctrine is not popular among Jews..

It seems perverse for us to argue that Christians are antisemitic for claiming that our covenant once valid has been superceded while we claim the right to say three times a day that theirs is vanity and emptiness. It is perverse also to hear this said in the home of Lord Sacks who wrote memorably in The Dignity of Difference that there may not be absolute truth in religious matters. Whereas in heaven there is truth here on earth there are truths. God has spoken to other people through their own religions. Although he was not denying the truth of Judaism he was emphasising the need to respect other peoples’ beliefs.

Now that we have come up to the anniversary of Lord Sacks’ death we should bear in mind his message of respect for other faiths and also for the form of prayer  he championed in his new Prayer Book; Minhag Anglia. This is the rite of the United Synagogue at the very least. Rabbis and laymen should not alter it particularly  not to take us back to an era of intolerance which hopefully we had left behind.

A footnote to this debate occurred to me on a charity bike ride for Norwood. We ended up in Rio de Janeiro in the Copacabana Synagogue. The prayer books there were naturally written in Hebrew translated into Portuguese. It was interesting that the bowing down to emptiness appeared in the Hebrew but not in the Portuguese version. As the old French saying goes ‘Hypocrisy is the tribute which vice pays to virtue’.

About the Author
I studied at Yeshivat Kerem Beyavneh in Israel and then at Cambridge University. After practising as a commercial lawyer I became active in communal affairs. I was Co-Chair of British Friends of Peace Now and the New Israel Fund. I was President of the Board of Deputies and then took a Masters at UCL in Jewish History and am now doing graduate research there.
Comments