The Bank of Israel is worried about rising personal debt. Statistics from 2016 show that over 30% of household have NIS 94,000 in debt. Debt levels are near the country’s average income of NIS 120,000 per year. 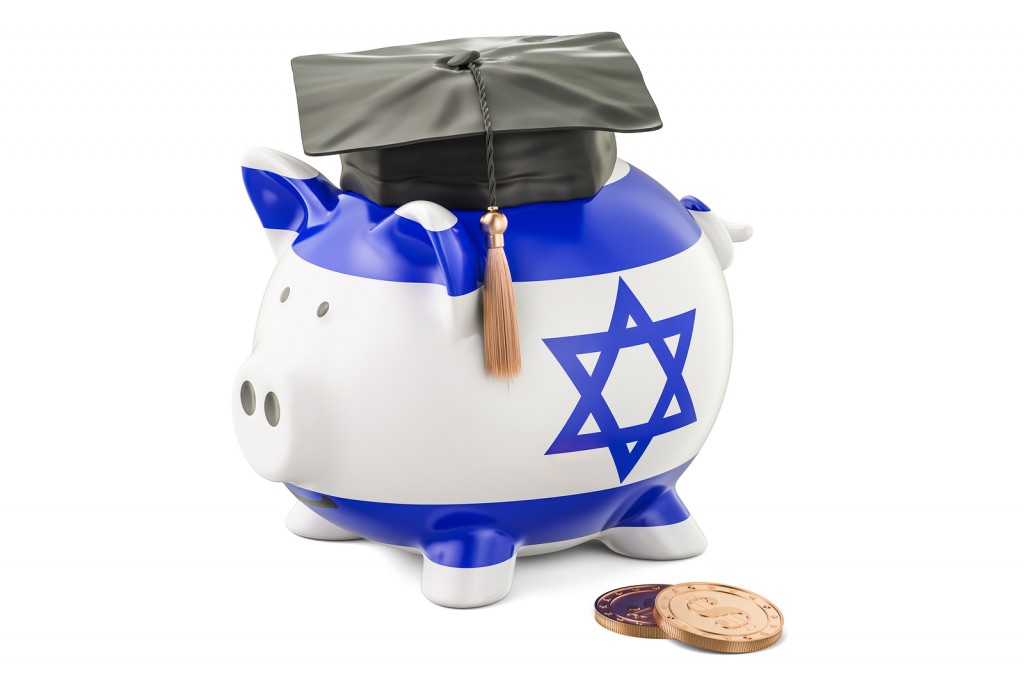 Personal debt does not factor in the rising mortgage debt.

Personal debt does factor in personal loans, student loans, credit cards and payment debt. The rate of personal debt is rising at 6% over the past year, with debt topping NIS 481 billion in April 2016.

Should Israeli students be concerned?

Students are graduating with higher debt levels, and if their parents are indebted, this is a cause for concern. The Bank of Israel is most concerned about car loans where lenders are offering loans on non-secured assets.

The Bank of Israel warns that consumers should proceed with caution before taking on higher debt. The bank states that rising debt will, eventually, cause instability within Israeli households if it continues growing at the current rate.

Israeli students are savvy with their money. Reports from years ago noted a trend of students that preferred not to take out student loans. The trend, possibly fueled by the news that the U.S. is swimming in student loan debt, now reaching $1.4 trillion, may shed some light on Israel’s future.

Students are preferring two options over graduating with debt: working and parental help.

A survey of 650 students found that 73% refrained from taking out student loans. The trend shows a sense of responsibility among the younger generation that doesn’t want to start their lives off with the burden of debt.

Students prefer working or asking for the help of their parents with the knowledge that their school work may not be completed at the same levels. These same students would rather graduate a little later if it means that they can work, pay off the majority of their tuition and graduate with less debt.

The rising household debt may shrink in the future if students hold on to these values as they transition into their own homes and have families.

Maybe students are learning from the current generation that is taking out loans and using credit at a rate that’s rising 6% per year.

Israel’s policies also differ from the United States when considering student loans. In the United States, student loans are encouraged. It’s a big business. Israeli students are taking on the burden of not graduating with debt even if that means it takes longer to reach their educational goals or working long hours.

United States students are also younger when they join college, so they’re far more reliant on their parents and government loans than in Israel where military service is the norm.

Culturally, students also see their peers working and work during the school year because it’s the norm. The majority of students do work, although they don’t see it as a necessity when they’re in college.

Parental assistance is also a major asset to Israeli students. Family assistance in Israel jumped to 14,355 in 2012.

The shift in students wanting to graduate with little or no debt is a good sign for Israel moving forward. The future generation may be more financially responsible than the current generation that is taking on more debt than they can afford.

But there still remains an issue: rising personal debt on future generations. If repayment continues to decline, Israel may face a major financial crisis. Loss of jobs and income may impact students in the future because they may have to help support their family or can’t find a job.

So, while students may be savvy and more financially responsible, people taking out more debt today need to be concerned with the consequences for future generations.

About the Author
Jacob Maslow is passionate about writing and has started numerous blogs and news sites. Jacob is originally from Brooklyn. He packed up his five children and made Aliyah in 2014. Jacob's experience and varied interests lend themselves to a diverse palette of topics ranging from technology, marketing, politics, social media, ethics, current affairs, family matters and more. In his spare time, Jacob enjoys being an active member of social media including groups on Facebook and taking in the latest movies.
Related Topics
Related Posts
Comments
Advertisement