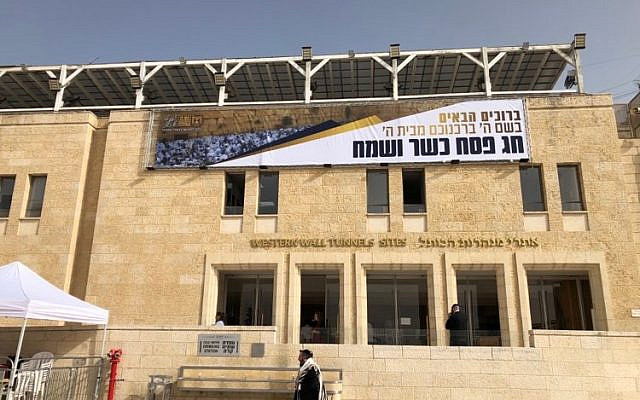 Now that the Jewish people have a sovereign State of Israel, should we return to the practice of bringing the Korban Pesach (sacrificing the Pascal lamb)?

According to Machon HaMikdash, The Temple Institute, now that the exile has ended and we are back in the Land of Israel, the Torah obligations that were observed before the destruction of the Beit HaMikdash (Temple) are once again in effect. The Korban Pesach is one of only two positive commandments whose lack of performance is punishable by Karet. The other is Brit Milah (circumcision).

For more than fifteen years, there have been ceremonies in Jerusalem called “Tirgul HaKravat Korban Pesach”, a model sacrifice of the Pascal lamb a few days before the holiday led by leading rabbis. In the past, participants have included Rabbi Aryeh Stern, Rabbi Yaakov Medan, Rabbi Shabtai Rappaport and former MK Yehuda Glick. There are Kohanim (priests) present dressed in full garb as biblically mandated. The lamb is slaughtered and roasted and participants get to sample the meat.

The seders that we conduct on Pesach with Karpas (green vegetables), Charoset (wine mixed with apples, nuts and cinnamon to look like mortar), Maror (bitter herbs) and Matzah are missing the key ingredient, the Korban Pesach which was the highlight of the evening until we were exiled.

The purpose of this model ceremony is to show us what we have been missing for 2000 years.

The ceremony was originally conducted in a school courtyard in Jerusalem but more recently it has taken place with police approval closer to the Kotel at the Davidson Archeological Park at the footsteps of Har HaBayit, the Temple Mount.

Organizers would prefer to bring the sacrifice itself on the Temple Mount. However, there are many issues that will have to be overcome before that happens considering that Jews don’t have official permission to pray on the Temple Mount, let alone to run a ceremony there.

A few hundred years ago, the Chatam Sofer was asked if the Korban Pesach could be reinstated. His answer was that the Turkish Sultan would not allow it.

Each year, there are Jews that attempt to sneak onto the Temple Mount to sacrifice a lamb but they are always stopped and turned away by the police.

Now that we have our own State of Israel, maybe the time is approaching when the Korban Pesach can be reinstated even before the third Beit HaMikdash is built.