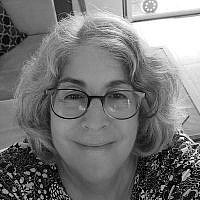 During the early days of the coronavirus epidemic, my husband was a doomscroller. He would sit with his phone in the back room, where he had made an office. Every once in a while, I would hear “Oh my G-d!” And then we would watch it all over again on the news – sometimes twice a day.

Now, for the first time in our lives, after more than 40 years, we’ve stopped watching the nightly news. For him, somehow the sight of a mostly male, mostly religious-to-ultra-Orthodox, right-wing-to-extremely-right-wing cabinet is harder to bear than the nightly images of patients on ECMO machines unable to breathe on their own, surrounded by staff in creepy sci-fi suits.

I don’t have a good explanation for the kind of revulsion that makes us say: “We can’t look.” It’s not any one particular minister that makes us feel this way; it’s the whole lot together. It’s the twice-convicted white-collar criminal promised a rotation in the finance ministry, the man regularly arrested for disturbing the peace put in charge of the police, the Minister of Housing who says he has not heard about the high cost of housing, the Minister of Justice who has sworn to dismantle the justice system. It is the openly racist extreme far-right-winger who will be a minister in the Prime Minister’s Office. Even the Sports and Culture Ministry was handed to a boor. Leading them all, of course, is the man who, while he allegedly leads the country, is also standing trial for breach of trust, accepting bribes and fraud. 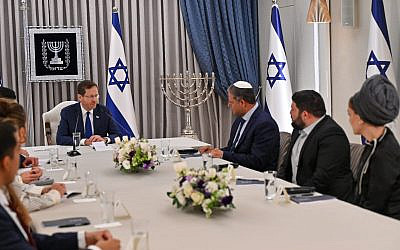 It is the way ministries have been broken up and reassembled so that gears will crunch and whole parts of the machinery will grind to a halt. It’s the way the new pieces have been stacked to funnel funding to religious institutions and settlements.

Shall I continue? It’s the creation of a strangely combined ministry – Diaspora and social equality – at the same time they are enraging diaspora Jews by refusing to recognize non-Orthodox conversions and increasing inequality (unless that is the intent of the ministry?). It’s the heavy emphasis on Jewish tradition, including a Ministry of Religious Services, an Aliyah and Integration Ministry held by a religious party, and a Heritage Ministry, also held by the far-right religious Otzma Yehudit. There is, of course, no ministry to protect the rights of those who prefer to eat non-kosher food and drive on Shabbat. Add to that a special ministry for settlement, euphemistically named National Missions, headed by a far-right settler. It’s the promise of rotation in several key ministries that will further prevent them from functioning. It’s the fact that the ministries I actually care about — Environment, for example, or Science or Agriculture or Energy — are handed out as consolation prizes to Likud members who saw their hopes for big-ticket ministries dashed as coalitions talks continued.

In some ways, the sense of impending doom is the same as that we felt in 2020, when the new virus started spreading around the world. It was coming for us. Then we felt especially threatened as over-60-year-olds. Now we feel threatened as secular leftists who do not intend stop speaking out, even when our right to free speech is in danger of being revoked — if not though law, by thugs in uniform given free reign to kick us with their heavy boots.

What, then, is the difference? Even at the beginning of the coronavirus outbreak, we could still take heart from the lockdown procedures that, despite the inconvenience, were meant to protect us; the injunctions to wear masks and wash our hands. But there are no masks that can guard us from the miasma of corruption and racism surrounding this government. No amount of handwashing will make it disappear.

My husband’s favorite saying these days is: “We’re doomed.” It’s a fatalism that allows us to stop the doomscrolling and get on with our lives. It’s as bad as we thought; it won’t be okay, but if we keep our fingers crossed, this plague might just pass over our houses. Or not. One thing is for sure: Hiding in our rooms cannot help us this time. Just like the last time, we’ll probably have to figure it out as it comes and expect some casualties along the way.

We’ll vaccinate as many young people as possible with education, by our own examples. We’ll stand for a justice system — imperfect as it is — that has managed to shield us in the past from suffering some of the worst consequences of our lawmaking body. We’ll insist that the leaders of our own political parties take responsibility for their roles in letting the current situation slide beyond their control, and we’ll look for leadership that is capable of taking on the new reality. The same goes for the media’s role in giving a huge stage to extremism.

When that doesn’t save us, we may have to toss off our lassitude and take our nation’s health – as Palestinians, LGBTQs, leftists, refugees, kibbutzniks, feminists, Black Hebrews, secular Jews, non-Jewish citizens, lovers of freedom and democracy – into own hands. 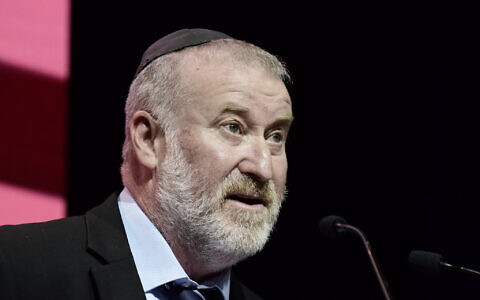