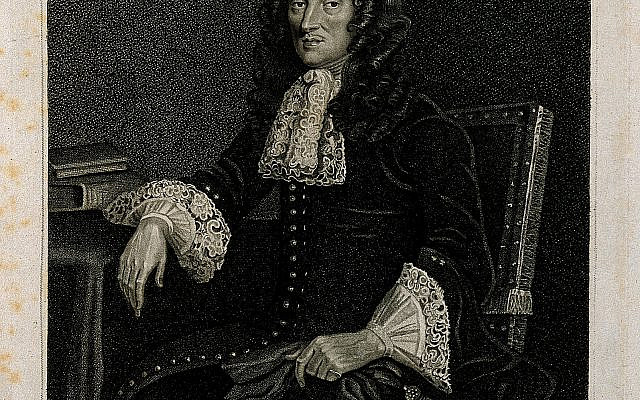 As a rough guide a Church of England consistory court is akin to our Beth Din and they recently handed down a judgment which would have interested any Dayan. Jesus College, Cambridge had a 17th century benefactor called Tobias Rustat (1608-1694) and he gave the College £2,000 (£450,000 today) to provide scholarships for the sons of Church of England orphaned children.

Now the college have just appointed their first black women master, Benita Alleyne, a first class choice, and she wants the memorial to Tobias Rustat in the College chapel to be moved somewhere less conspicuous. It appears that Mr. Rustat made a fair amount of money out of the slave trade.

Now nobody as far as I am aware has asked for the Beth Din’s input but, frankly, we were involved with slavery about 1,300 years before the Christian church appeared. We have well over 600 laws and  one of them is “to be a light unto the nations” so a little historical background may be appropriate.

As you know on Yom Kippur the Almighty decides the fate of every human being in the next year. In the key prayer it is laid down that there are just three ways of avoiding a bad outcome; penitence, prayer and charity. Jesus College is involved in all three.

As he lived to be 86, Tobias Rustats seems highly likely to have been given the Almighty’s mercy, because very few people in mediaeval times lived to be 86. The equivalent of £450,000 is surely acceptable as a substantial amount of charity. The college today quite correctly wants to show its penitence for the abhorrent practice of slavery. and as far as prayer is concerned, for centuries it has been offered every day in their Chapel’s beautiful surroundings.

It is true that there were slaves in Bible days, and this year we will celebrate our own freedom from Egyptian slavery for over the 3,000th time. Would you believe we rose against Rome 1,000 years before the Battle of Hastings! When the Egyptian Pharaoh refused to release the Jews, the Almighty cursed them with 10 plagues. In the Wilderness the Jews were instructed to celebrate their freedom the year after they escaped. That is the message of Passover, and, of course, the Last Supper was Seder night.

There were Hebrew slaves and Canaanite slaves in Biblical times, but the laws on their treatment were immeasurably more civilised than anything before William Wilberforce got a bill abolishing the dread practice in 1833. He died just before it received the royal assent.

The Jews had abolished slavery in the time of Jeremiah around 600bce, though not everybody obeyed the law. If a Canaanite slave converted to Judaism, he was freed. After 6 years a slave had to be offered his freedom and there were punishments for slave owners who mistreated their slaves. In the 49th year, the Jubilee year, all the slaves had to be freed.

Ending slavery was an expensive business. When it was abolished in 1833 the slave owners had to be compensated. The government borrowed £20 million (£1,940,000,000 today) the largest sum ever raised, to pay them off. Nathan Mayer Rothschild produced it for them.

You can’t rewrite history. De was a slave owner, but he was also a very charitable man. The Archbishop of Canterbury can’t see that moving the memorial is any great deal, but the Chief Rabbi might remind him that there’s another religious element which has to be considered; the question of forgiveness.

How does our 6th century Talmud deal with forgiveness? The Almighty showed the way by forgiving any number of Biblical characters for their shortcomings. Forgiveness is a fundamental in Judaism and certainly we have had plenty of oppressors to forgive over the centuries.

Now the Beth Din know more about the Talmud than I do, but I suspect that they’d back up the consistory court.