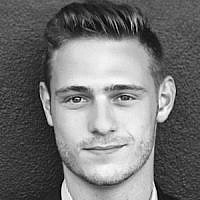 The Blogs
Bryan Turkel
Apply for a Blog
Please note that the posts on The Blogs are contributed by third parties. The opinions, facts and any media content in them are presented solely by the authors, and neither The Times of Israel nor its partners assume any responsibility for them. Please contact us in case of abuse. In case of abuse,
Report this post.

Zionism is losing the battle for college campuses. Strangely enough, it is losing at the hubs of academic intellectualism. Schools like the Claremont Colleges, Tufts University, and Berkeley, schools renowned for their academic and logical rigor, have become hubs of anti-Zionism and anti-Semitism masquerading as anti-Zionism. I say it’s strange because anyone who has done their homework knows that most claims levied against Israel by Students for Justice in Palestine (SJP) and company are not based in historical fact.

If you asked an anti-Zionist on campus why they dislike or advocate against Israel they may say something along the lines of Israel being an “apartheid state,” a “colonial state,” or a “terrorist state.” These claims have about as much historical and statistical validity as the sky being purple. So how is it that droves of objectively smart kids are flocking to stand by SJP when there is no backing to what they say? Why aren’t they standing by Jews and Zionists who come prepared with the facts that back up their support of Israel?

Simply put: we are trying to have a debate, they are telling a story.

When people are new to a cause or a conflict, they rarely dive right into the nitty-gritty of it. If you were telling people about the American Revolution, you would not start with a discussion about policy in 1773, when the British governor of Virginia raised taxes on crops. It would bore your listeners to death, they wouldn’t be engaged, and, most importantly, they would not be listening. Instead, you would tell them about the rising injustices of the British government, until we as a soon-to-be American people said no more, and cried out, “Give me liberty or give me death!” How a ragtag group of farmers banded together to defeat the world’s superpower in defense of that liberty. That’s the story. That’s how you enroll someone in your idea. The bullet points come later.

I hate to say it, but when it comes to the Israeli-Palestinian conflict, we are the ones boring people to death. SJP and the anti-Zionist narrative offers just that: a narrative. It allows people to see themselves as champions of a people facing indignity and injustice. They see the ideals they want to fight for in the story of the Palestinian people. SJP lays out the conflict in terms of a powerful, oppressive tyrant vs. a weak, but defiant little guy, and then asks if you would rather be on David or Goliath’s team.

In the way they frame the roles Israel and the Palestinians play in the conflict, you would have to be a monster to be a Zionist.

Framed in this way, a well-meaning student with no previous knowledge wouldn’t consider anything other than backing the “right” side. Sensationalist claims are peppered with buzzwords that liken and link this cause to other social justice causes running on campus. Claims of apartheid mean that Israel is racist and, just as this student lines up to face racism at home, he or she will be drawn to fight racism in the Middle East.

Genocide is another accusation frequently laid at Israel’s feet. The fact is that the Palestinian population has exploded in the last few decades. Meaning that if Israel is in fact attempting to commit genocide, it is really, really bad at it. The idea of genocide, however, is brilliantly woven into the narrative that is created. The term catches the attention of well-meaning students who fight other examples of genocide. Along with “apartheid” and “colonialist,” “genocide” is something that comes naturally to the character that Israel is cast in for this story.

The narrative is so powerful that the cognitive and logical dissonance seen on campus is astounding. You see it all over the place, from “Gays for Palestine” to “Feminists for Palestine.” Even though both groups face great oppression in Palestinian territories, those groups on campus feel swept up to be a part of the “progressive” narrative. Zionists on campus point to these examples until we are blue in the face. However, the truth is that we are speaking a language not meant for this conflict on campus. We can’t focus all of our energy winning a game of logic that the other side is not even playing.

They offer people a chance to be a part of a progressive movement that will go down in history. We offer bullet points and statistics.

The sad fact is that American Jews very rarely talk about our story. We have faced less discrimination in the United States than in most countries around the world. An unfortunate byproduct is that we feel less Jewish. Without high levels of anti-Semitism acting as a cohesive pressure around our communities, we are less self-aware as a people. We consider a bar mitzvah and Adam Sandler to be the sum of what it means to be a Jew. Thus, when it comes to thinking of the best tactics to fight the disparaging narrative of SJP, using our own story never even crosses our mind.

We don’t tell our story at all. Whether it be the passion of Jews returning home to Jerusalem after millennia of degradation and persecution, or simply about pride in the tribe of our people, there’s no music to it. If you ever stopped to look back at it, there’s nothing but magic in the story of the Jewish people. The resilience, the authenticity in who we are, following the true north back to Israel. In the face of relentless persecution, and in spite of it, we have managed to keep the integrity of our identity and our community. Few peoples have ever had the odds stacked so high against them and have perpetually found a way to stay true to themselves and bring light to the world.

People love an underdog story, and there is no underdog story on Earth like the reestablishment of Israel. Brave pioneers who gave up everything to create a home in the desert of their ancestral homeland. A land redeemed by those brave and crazy enough to dream of something better for their children. A people suffering from millennia of injustice and indignity who said enough is enough — we must take our destiny into our own hands.

That is the story of Zionism. However, we don’t talk about that because we are too busy quoting something from the Faisal-Weizmann Agreement in 1919. Nobody cares. I wrote a 100-page thesis on the conflict and I barely care. Tell me our story.

If we are serious about promoting Israel on campus, we must think about it and talk about it in a new way. There is so much amazing story to talk about. A hub of innovation and progress, a beacon of democracy and equal rights in a tumultuous region, I could go on forever. If we let Israel be defined by the conflict, all we do is play into other people’s definition of Israel, and we know how that goes.

Put the notes away. Tell me our story.

About the Author
Bryan is a Life Coach and Founder of Jewish clothing line The Promised Brand. He is currently authoring a book on self-development to be released next year. During college, Bryan was a Founding Father of the Claremont Colleges chapter of AEPi.
Related Topics
Related Posts
Comments