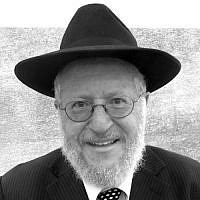 Six years ago I wrote an email to my friends about a Jewish hero that I was fortunate to have met. An excerpt of it follows:

I had heard a few weeks ago that in our community, just down the block from our local shul in Abu Tor, lived a survivor of the Warsaw Ghetto uprising. I spoke to Michael Stern, a friend who has been raised in the neighborhood, and he acknowledged that as he was growing up he knew the person in question, Simcha Rotem, very well. In fact Michael himself had been surprised only within the the last year or two to find out about Simcha’s past exploits. I urged Michael to take me to meet the famous survivor. Michael told me that Simcha was somewhat of a recluse and didn’t always accept visitors, but I prevailed upon Michael, and on Shabbat afternoon, we met at the shul a half hour before Mincha, and we walked together down the block and knocked on Simcha’s door.

Simcha’s wife answered and directed us to the back yard where Simcha was taking a short stroll. We went there and Michael introduced me to the elderly man, who looked to be in relatively good health. I shook Simcha’s hand and told him that it was a great honor to meet him. I first asked him if had ever met Reb Menachem Ziemba, a Talmudic genius and prodigy who lived and died in the Ghetto. Simcha answered that he had heard of the great Rabbi, but never had the opportunity to meet him.

I then asked Simcha a number of questions dealing with his exploits and will relay his answers (along with information I later found out in a Wikpedia article that is cited below).

Simcha Rotem (born 1925 as Szymon Rathajzer, was also known as Kazik, his nom de guerre). He was 17 years old when the Warsaw Ghetto uprising began. He was the main courier that passed information to and from the fighters in and outside of the Ghetto. When I asked him how he escaped the German onslaught, he told me that it was through the sewer system. He said that the effects of his constant travelling by foot through such unsanitary conditions had an adverse effect on his health throughout his life. He didn’t mention that through his knowledge of the sewers he eventually led out the last 80 people whom he saved from sure death at the hands of the Nazis. And he didn’t offer the fact that he is one of the last three survivors of the Ghetto still alive.

Simcha related that after escaping the Ghetto he continued fighting as a partisan until the end of WWII. He made Aliyah to Israel (then known as Palestine) in 1946 and joined the Haganah. He rose to an officer rank and fought in the War of Independence and all other Israeli wars up until the Yom Kippur War in 1973, when he was deemed too old to fight. In later years he was presented with a number of awards and decorations by the Polish government.

Two years later, I sent another email about him, as follows:

This afternoon I was on the way to shul a bit early for Mincha when down the block I noticed an ambulance turning into the street and stopping a few houses in. I had a bad feeling of whose house it was and walked down to see if my fears were realized. Just then another medical vehicle with more personnel appeared along with a man on a Hatzalah motorcycle.

I came to the house and indeed it was that of Simcha Rotem, one of the last few survivors of the Warsaw Ghetto uprising. I waited a few minutes outside, and just then Michael Stern appeared on the scene. At that point a few medical people started emerging from the house with a sad look on their faces. Michael started walking to the house and I followed.

In the doorway, we met Simcha’s son, whom Michael knew well. He reported to us the sad news that his father had just passed away. I said the Bracha of Boruch Dayan Ha’emes, we told him how sorry we were, and we left as he returned inside.

At the Shiva I found out that no one would be saying Kaddish for Simcha every day during the year of mourning. I took it as a sign that since I had been present at his time of death, I should be the one to do so.

And here is the postscript to the story.

This past Shabbat was the 4th anniversary of Simcha’s passing. At the Friday night meal, I told the story over to friends of ours. The couple was very moved, and after Shabbat went on-line and sent $500 as a donation to an organization to insure that in perpetuity, every year on the date of his passing, a group of Rabbis would learn Torah to merit Simcha’s soul, and would recite Kaddish in his memory.

Today, I read an on-line article that wrapped it all up.

It stated that the last survivor of the Warsaw Ghetto, Yisrael Levin, had just passed away at age 90. Yisrael had been saved from the destruction of the Ghetto by escaping through the sewers. It didn’t mention who had led him out, but doubtless it was Simcha Rotem.

Yisrael Levin grew up in Israel and became a tank commander who fought in the Golan Heights during the Yom Kippur War. In a raging battle, from among burning tanks all around his, he broadcast a message to the vastly outnumbered Israeli defenders charged with holding off the Syrian onslaught that threatened to sweep through the soft underbelly of Israel. He said “Hold your ground! There won’t be a second Shoah (Holocaust)! “. And he and his fellow ‘tankists’ saved the day, and the Israeli nation from possible annihilation.

There is an ancient Jewish saying – G-d prepares the medicine before the illness.

Simcha Rotem turned out to be the medicine that saved Yisrael who later grew up to be one of those who saved all the people in Israel.

May their memories be blessed.

About the Author
I studied in Jerusalem for a year when I was 19 years old, and developed a love for Israel and especially Jerusalem. It took me over 40 years to finally fulfill my life's dream and make Aliyah to Jerusalem. I had been a computer programmer for 37 years, but now, after retirement, study full time in yeshiva, and was granted Semicha two years ago.