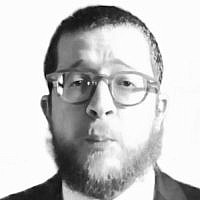 The Blogs
Menachem Sabbach
Apply for a Blog
Please note that the posts on The Blogs are contributed by third parties. The opinions, facts and any media content in them are presented solely by the authors, and neither The Times of Israel nor its partners assume any responsibility for them. Please contact us in case of abuse. In case of abuse,
Report this post. 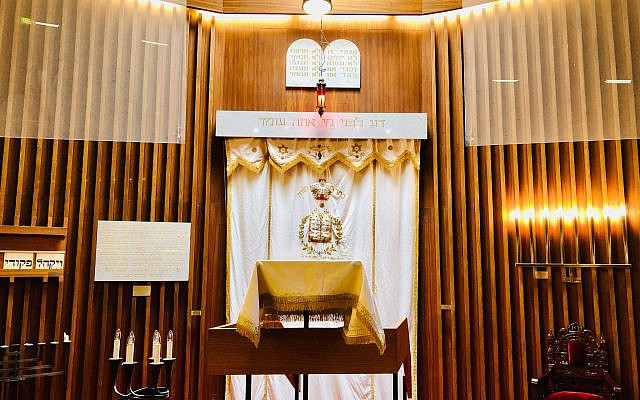 What I thought would be a regular Shabbat at the North Eastern Jewish Centre (Doncaster, Melbourne), is now seared in my memory as anything but regular!

It was the 14th March 2020 as customary in our Shule, at the conclusion of the afternoon service, the cards displaying the weekly Torah portion were changed to “Vayakhel-Pekudei” in anticipation of the next beautiful Shabbat in our synagogue. Unbeknown to anyone at the time, only 2 days later, a state of emergency would be declared in Victoria.

Sadly, we haven’t been back to Shule to read the weekly Torah portion since March. The signs displaying our weekly Torah portion have been frozen in time, serving as a poignant symbol of a world put on hold. Every time I enter our desolate synagogue sanctuary and gaze at those signs, they remind me how many weeks and months have passed since we last took out our precious Torah’s from their holy ark. They remind me of a world in suspension, of the many dreams interrupted and plans disrupted.

We stand at the final moments of the High Holydays, one of the most joyous festivals in the Jewish calendar – Simchat Torah – is almost upon us. Simchat Torah is when we celebrate the completion of the cycle of reading the Torah. Some of my congregants have posed a painful question.  Can we truly celebrate a “completion” without actually completing the Torah readings as in years past?

I find solace in an anecdote, strikingly described by Rabbi Yitzchak Tyrnau (14th century Austria), in his notes on the customs for Shemini Atzeret. There he reveals no less than a conversation between God and the Satan. Satan, who is trying to incite God’s anger against the Jewish nation, testifies that although Jew’s study Torah, they do not complete the Torah. When God proves him incorrect by showing him how the Jewish People complete the Torah on Simchat Torah, rather than give up, the Satan argues that although they complete the Torah, perhaps they are derelict in starting to learn it anew. God then shows the Satan how each community celebrates Simchat Torah, by completing the Torah and immediately beginning it again.  Ultimately, Satan is silenced. Says Rabbi Tyrnau, this is the origin of the marvellous joy of Simchat Torah.

The primal reason for celebration therefore, is not only a result of our completion of the Torah, but also our happiness that we are blessed to begin it once again. For that reason, we conclude the Torah and recommence it immediately.  This is a moment of expectation, hope and joy in the learning that will come from the year ahead.

While, as I write these words, it is still uncertain how we will celebrate Simchat Torah in Victoria this year, it remains abundantly clear that the cause for celebration can and must still carry on.  The focus is on the future, and the future is anticipated with great eagerness.

Viktor Frankl in his masterpiece, “Man’s Search for Meaning”, tells the story of a young woman in the concentration camp. The woman pointed to a chestnut tree growing outside of her barracks. She related how the tree was the only friend she had in her loneliness.  The tree with its two spring buds, she explained, spoke to her. Frankl asked her what it would say to her, to which she replied: I am here – I am here – I am life, eternal life.

This Simchat Torah, perhaps more than ever, we should be joyous, dance and celebrate, for happiness itself is an act of faith and confidence in God that better times will swiftly be upon us.

I have no doubt that just as quickly as our places of worship were closed, so they will open, and we will enter into them and lovingly read our Torahs and dance with them once again, safely and joyously.

So, should we rejoice this Simchat Torah, even if our Shule’s still sit empty and alone? Of course! We may not have read the Torah in its entirety this year, but we sure embrace and accept it in its entirety for the year to come, and that in and of itself, is more than enough reason to rejoice.

About the Author
Rabbi Menachem Sabbach is Chief Minister of the North Eastern Jewish Centre in Doncaster (Melbourne, Australia). He hosts popular Kabbalah and “ask the Rabbi” Halacha series. Rabbi Sabbach holds a Diploma in Rabbanut and Dayanut by Rabbi Zalman Nechemia Goldberg (Jerusalem) and serves as a Dayan of the Melbourne Beth Din. He is also a Kosher Administrator for Kosher Australia and executive member of the Rabbincal council of Victoria (RCV). Rabbi Sabbach is a member of the Manningham Interfaith Group, where he lectures regularly and is passionate about interfaith dialogue.
Related Topics
Related Posts
Comments