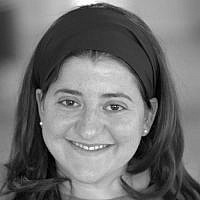 The Blogs
Orlee Gillis
Apply for a Blog
Please note that the posts on The Blogs are contributed by third parties. The opinions, facts and any media content in them are presented solely by the authors, and neither The Times of Israel nor its partners assume any responsibility for them. Please contact us in case of abuse. In case of abuse,
Report this post.

Singing after the Holocaust: Regaining our strength for 75 years and counting

Two things that 2020 is already known for are:

How did we get here, and where are we going?

The mourning will never end, the losses will always be felt. The cruelty always remembered. But as a nation, what do we see in ourselves? How have we come to where we are now? Despite the attempts of annihilation, we didn’t get to zero, but we did get to hero.

The milestone of commemorating Holocaust victims’ liberation from the depths of hell calls for remembrance, mourning, and most of all, respect.

But since the defeat of ‘Arbeit Macht Frei’, it’s also time to rejoice in our healing and in our strength to soldier on.

Israeli music attests to the Jewish people’s zeitgeist of joy, artistic talent, as well as emuna. 75 years after Auschwitz, we can reflect on how Israeli artists have composed, sung, and performed about the attempts to destroy us, specifically during the Shoah. How Jews around the world have dedicated themselves to study the torah of our fathers.

We take pride in our ability to relish in the sounds of music and in the wisdom of our sages. Our ability to sing songs of faith, and to study words of torah. It is in these practices that we demonstrate our courage to heal, and to revitalize our faith and spirit.

Famed Israeli singer Shlomo Artzi, a born to Holocaust survivors in Israel shortly after the founding of the State, mentions or eludes to the Sho’ah and its aftermath in many of his songs.

In his song הייתי והיינו, for example, Artzi wrote:

Our fathers’ hands which trembled and shivered throughout the death march and held the weight of bricks and mortar at labor camps — are the ones that embraced us with pride in their very own arms.

More recently, in his weekly column in Yedioth Achronot, Artzi shared his familial connection to the daf yomi tradition. He also described how personally moved he was when saw pictures of this year’s siyum hashas in New Jersey.

Shlomo Artzi may not be an Orthodox Jew, but he is nonetheless living proof to the continuity of Jewish faith and tradition.

Despite the burning and destruction of thousands of sifrei torah and Jewish scriptures, the daf yomi tradition has been embraced by its pupils and their pupils. Attesting to the Jewish people’s love and thirst for the study of torah.

A direct descendant of European Jewry and of resistance to anti-Semitism, what’s known today as the Israel Philharmonic Orchestra was founded as the Palestine Orchestra by violinist Bronisław Huberman in 1936, at a time of the dismissal of many Jewish musicians from European orchestras. Its inaugural concert took place in Tel Aviv on December 26, 1936.

Its general manager between 1938 and 1945 was Leo Kestenberg, who, like many of the orchestra members, was a German Jew forced out by the rise of Nazism and the persecution of Jews.

Zubin Mehta, born in Bombay, India in 1936, recently retired (in 2016) from his role as Music Director of the Israel Philharmonic Orchestra.

The Orchestra represents the upsurgence of Jewish life in its purest form. As a response to numerous highly-acclaimed Jewish musicians being expelled from European orchestras, a violinist of highest regard founded the Jewish people’s own orchestra in the Promised Land.

Rather than submitting their musical careers and talents to the evils of Nazi discrimination, these musicians took the baseless hatred in their stride, and contributed to the cultural birth and prestige of the Jewish State.

On Chanuka 2016, President Rivlin lit the chanukiya together with the Israeli Philharmonic Orchestra.  Followed by announcing Mehta’s retirement with utmost gratitude and recognition to his musical contributions to the State of Israel.

President Rivlin, a statesman who symbolizes Jewish independence, leads an auditorium of people singing Ma’oz Tsur, which accounts for the victories and miracles of Chanuka.

The Nazis sought to eradicate Jewish musical talent in Eastern Europe, but those very musicians fought back and rebuilt their freedom to pursue their passion. And did so in the Land of Israel.

In 1983, Israel won second place in the Eurovision Contest, for Ofra Haza’s performance of חי. That year, the contest was held on German soil, in Munich. The same city that hosted the 1972 Olympics, where 11 Israeli athletes were murdered by terrorists. The same city that bred the murderous Nazi regime — the conspirators and executioners of the most dehumanizing persecution know to mankind.

Instead of refusing the invitation to perform on the grounds of a country whose soil absorbed so much Jewish bloodshed, Haza represented the Jewish people in a song about life and continuity.

Ehud Manor and Avi Toledano wrote the lyrics to the song, with the theme of Jewish survival, as an artistic expression of living proof to the failed attempts at destroying our people.

From strength to strength

For Yom HaShoa in 2018, 600 Holocaust survivors and their families gathered in Jerusalem to sing “Chai”, under the direction of Koolulam.

For this performance, on Israeli soil, second, third and fourth generation children of survivors had the privilege to stand beside their grandparents and show the world where and how the Jewish people stands today.

In 2014, three Israeli teenage boys were kidnapped and murdered while traveling home from school.

When the bodies were discovered, the world witnessed the chilling tragedy of mothers and fathers burying their own children. All too familiar to Holocaust survivors.

Rather than retreating from the public eye to dwell on their pain, the parents of these victims built a nation-wide campaign of Jewish unity.

As part of their efforts, the three families, along with the high school attended by two of the three victims, recorded a powerful song composed about the tragedy.

A song about HaShem opening his heart and having mercy on his children, the parents and their children got together with popular Israeli singers to draw upon the art of music as a way to express their pain and desire to regain strength.

The murderers succeeded in murdering three innocent Jewish children, yet did not achieve their goal of destroying the spirit of their families.

As Holocaust survivors return to Auschwitz to show their children, grandchildren and great-grandchildren what they lived through, world leaders paid their respects to the fallen.

The remnants of Auschwitz stand on the grounds of the earth to tell the world how humanity, Jewish and non-Jewish alike, was tortured and gassed by fellow man.

Nonetheless, the beating hearts of the Jewish people who have risen from the ashes are heard through volumes of song, strength, and survival.

About the Author
Orlee Gillis is a granddaughter of three Holocaust survivors, and grew up in New York City. After graduating high school in 2006, Orlee made aliya to Israel. She now lives in Modi'in with her husband Aron and their two daughters.
Comments