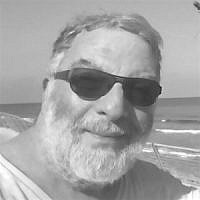 So it looks like we have a ceasefire that has lasted 24 hours so far.

Yes, that’s great, however, the Hamas have declared today a ‘day of fury’. In Jerusalem, the rioting has already started even before the sun has set. In other cities, they will probably follow suit.

This is the first brilliant gambit by the terrorists and undoubtedly planned in detail way before they agreed to stop the rockets.

If you think that there is an actual agreement in place, think again, no clauses no conditions just a mutual understanding that nothing more will happen as long as no one fires anything across the border.

How is it possible that the headlines around the world are screaming the monstrous imbalance of more than 230 people killed in Gaza (including at least 50 children) and only 12 deaths in Israel. Such an awful outcome of the so-called “guardian of the Walls” operation. So pointless. So sad. For some reason it seems that the world takes for granted that the ‘Iron Dome’ exists — well of course it does, after all  everybody knows that Israel is arguably the most technologically advanced country in the world and with the total support of Uncle Sam isn’t it obvious that Israel has enjoyed their position as ‘invincible’. The fact is that hundreds would have died in Israel had it not been for the ‘Iron Dome’ – that’s simply not fair is it …

Israel has failed to counter the power of the terrorist information campaigns and so not only do we look like the worst aggressor in history, but also we hid all the aces up our sleeves.

4300 rockets were fired into Israel over the last 12 days!

The second brilliant gambit by the terrorist machine.

The world sees the Gazans celebrating a great victory out in the streets with flags and fireworks. Where are our leaders, they are nowhere to be seen nor heard.

Let me tell you something Mr. Netanyahu — You might think that you have won but you haven’t won anything. we haven’t achieved anything. you and your miserable excuse for a government haven’t done your jobs. violence is never the solution. you are a bunch of rabble-rousing bullies. you have played the masses beautifully and you will keep your seats maybe even take us to a 5th election! WELL DONE KING BIBI! because of you we are in the worst situation we have ever been in since the establishment of the State and you will still live in Balfour Street.  Israel is sinking and if someone doesn’t appear to guide us back or throw us a line or if something doesn’t happen to drag us out of this abyss, Israel will sink without trace.

I don’t have the answers but when I think of the alternatives I cannot abandon all hope because hope is such a powerful force and I’ve been here too long to let go.

Tomorrow the sun will shine and I know that as long as I am, I will be an advocate of hope and a great believer that there will be a surprise (hopefully a good one) around the corner – which corner I hear you ask …