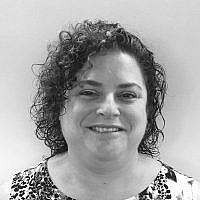 The Blogs
Devora Hosseinof
Apply for a Blog
Advertisement
Please note that the posts on The Blogs are contributed by third parties. The opinions, facts and any media content in them are presented solely by the authors, and neither The Times of Israel nor its partners assume any responsibility for them. Please contact us in case of abuse. In case of abuse,
Report this post.

That’s the cost so far for the driving lessons for our daughter. She’s not finished yet.

When she started the journey at age 18, I went in there knowing that the required number of lessons were 29. I took a deep breath, in shock, and I bounced this off many friends. Everyone acknowledged but no one seemed outraged. About half of the friends I spoke to told me that they paid the full amount for their kids and the other half said they split it with their kids.

I was told that a very large percent of the kids don’t pass the first test, and many, many kids have to take it three or four times before they pass.

OK, I thought, so how much will this journey cost? I did an elementary, preliminary calculation:

We got lucky, some instructors charge up to 150.

Yesterday, our daughter told us that she took her “pnimi.” “What’s a pnimi?” I asked. She told us that before a student can be considered for the final test, the instructor finds-a-friend who charges 200 shekel to “make sure” the student is ready to get on the list to order a test. Oh, OK. Big swallow. I asked her how the test went and she said, he said, she did a fine job. Good enough to pass I asked? He wouldn’t guarantee it. Big surprise.

So, what’s next? The instructor goes to his friends at the driving school who put in a request with the Ministry of Whatever for a date for the test. So, I asked her, next week, two weeks? Oh no, she said, it takes about a month.

Um, and during that month you still have to take more lessons? Otherwise you’ll get rusty and the instructor won’t think you’re ready for the test? Uh-huh.

All-in-all, our 6,340 has covered 51 lessons and 1 “pnimi.” Apparently the instructor didn’t think she was ready up until now to do the pnimi.

I’m a parent, get involved you ask? Why didn’t I say something before it went above 35 lessons? Well, frankly, I forgot to pay attention. Also, let’s take a wild guess about what were to happen if I called to gently ask the instructor what’s going on.

I expect there will be at least 4-6 more lessons before the test. And, there’s one small thing I forgot to mention. Each lesson is only 40 minutes. So, if you amortize it, on an hourly basis, each driving teacher is making 180 per hour. What a racket!!!

Don’t bother going to University to be a professional, because we all know that the doctors in this country make a pittance, as do the teachers. Don’t bother being a tutor, a tour guide, or an art/music therapist, because even though they’ve all gone to school, they’re making less than 180 an hour.  To be a driving teacher, all you need is your eyesight, a car, and none of the Jewish guilt. It’s possible that goes away with time (look at so many of the politicians out there).

Sometimes I wonder if all those men sitting around the tables outside the bakeries, smoking, are the driving teachers. Are all the chuckles about us? Are they having a good laugh at us sitting ducks?

And so, Mr. Kachlon, thank you for getting busy on our behalf with the cell phone racket. You effected change and my pocketbook really appreciates it. Would you consider getting to work on the mafia-run driving sham? It’s too late for us, our kids are too old to benefit from any change. But I appeal to you for the generations to come. Otherwise I’ll have to and that won’t be a pretty site in Knesset. My spoken Hebrew is mediocre at best.

I started this article with the intention of kvetching about the honest to goodness theft that the Ministry of Whatever is perpetrating. I want to shout from the rooftop! How could this have gone unaddressed for so long! But, in the end, the lesson that screams out at me again, is that I have no voice in this Country. And that is more frustrating than any amount of money that I have to pay for driving lessons.

About the Author
Devora moved to Israel in 2011 to Zichron Yaakov. She has struggled with leaving her birthplace of the United States but has made strides in embracing life here. She is a content writer and marketer. She is the future leader of the Israeli political party "Can't we all just get along".
Comments