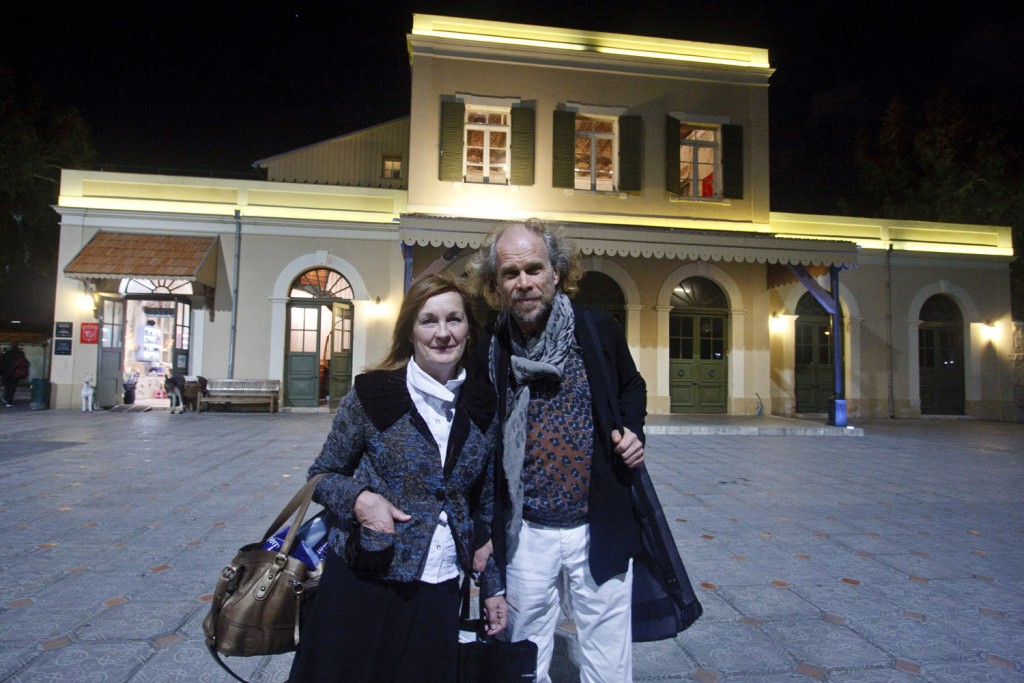 “Small countries, small nations have a lot in common, says the former Ambassador of Estonia in Israel Malle Talvet Mustonen. And so do Estonia and Israel. They are small, they are struggling to redefine and preserve their identity, they have a sea but not so many natural resources, so in order to advance, we have to rely on our brains.”

In August 2016, after three years of effectively developing relations between Estonia and Israel, Malle Talvet Mustonen returned to Tallinn, only to return in Tel Aviv soon.

“I can’t accept people saying I’ve stepped down from my position. I just finished my term as an Ambassador. But it is still a lot of work to do, says Talvet Mustonen as we enjoy peaceful Friday lunch on the balcony of their apartment in the heart of old Tel Aviv. The apartment is smaller than the previous one, in which Malle and her husband, internationally acclaimed conductor and violinist Andres Mustonen stayed for three previous years. But the piano is still in the living room, which means that Malle and Andres, who first met in their teens at a music school in their native Tallinn, will keep hosting their Israeli friends.

“I’ve got to love Israelis, says Malle. They are open, straightforward and friendly. Business is made fast and they don’t really care of the hierarchy. Coming from Northern Europe, with only blue eyed blonds around, I especially enjoy ethnical variety of the Israeli people – for me, this is an additional esthetic pleasure,” she smiles.

Malle spends most of her time in Tallinn yet comes to Tel Aviv every month, since her current job in the MFA has to do with leading the Estonian delegation to the International Holocaust Remembrance Alliance (IHRA).

Yet this time she is in Israel not for a couple of days, but for three weeks, as a manager of the fourth edition of Tallinn Tel Aviv – MustonenFest Music Festival.

“Festival is our baby. As an Ambassador, I did not have enough time to be deeply involved in it, but nowadays this is my full time job. And I will keep doing it as long as the festival exists. Granted, there is a production team, but somebody has to both see the overall picture and to take care of small details. With my connections in the two countries, I am able to do it, leaving the artistic matters to Andres.”

“I am not going away, why should I? I have a lot of musical friends here and we enjoy great understanding,” says Andres Mustonen, who has been performing in Israel since the late 1980s’ as well as hosting Israeli artists in Estonia in the latest years. “Local orchestras and choirs want me and I tell you why, although this is my best kept secret. Because I don’t come as a dictator. For me, orchestra players are my fellow musicians and I give them freedom. I don’t tell them how to play – well, as a conductor I give them tempi, and that’s it. I am here to inspire, and in return the musicians give their best. I am not interested in a museum like repetition of of old standards – but rather in creating a unique music experience and sharing with the audience.”

Mustonen really succeeds in this mission – each and every concert of the festival, which has started February 13th and comest to its end March 1st, proves that these are not just empty words. 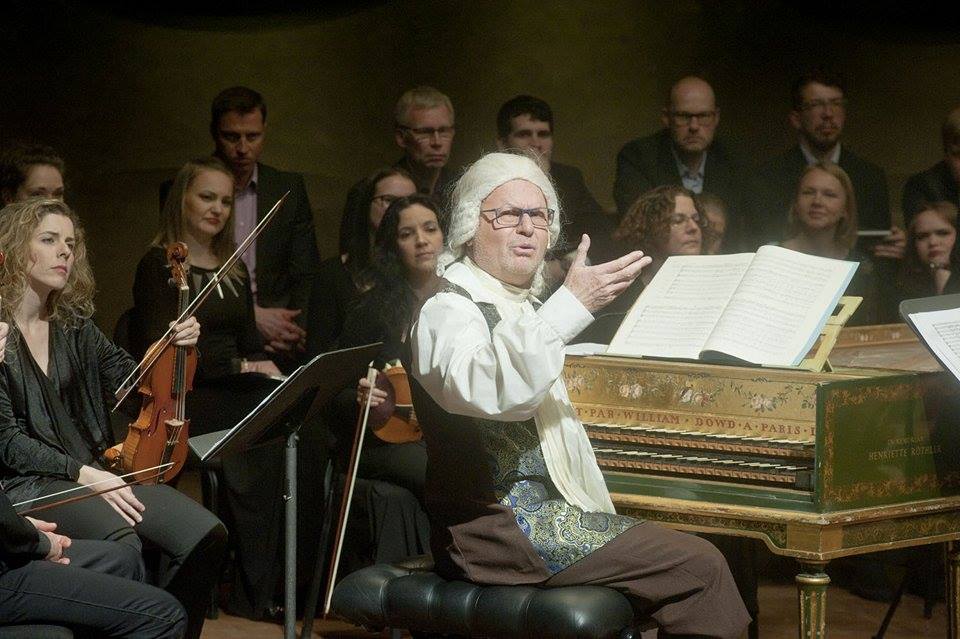 Among 300 artists participating in Tallinn – Tel Aviv MustonenFest about one hundred come from Estonia – ensembles and choirs, as well as soloists, instrumentalists and singers. Basso singer Pavlo Balakin (34) is one of them. Born in Donetsk, Ukraine, he was educated as a jazz saxophone player in his native city’s music academy. “As many students, I used to sing in church choirs, both for money and practice. Then in 2008, a prominent Estonian basso singer Mati Palm came to conduct a master class in our academy. By that time I had already realized that my future as a jazz player in Ukraine was rather dubious – the Sttate simply does not invest in culture enough.” He has moved to Tallinn to study in the local music academy with Mati Palm. Nowadays, he performs on important European opera stages, using The National Opera of Estonia as a home base. He has nothing but praises to the theater. “The working conditions for singers are simply perfect, and this is important, because you spend a lot of time in the theater.”

And how does he feel in tiny Estonia, as compared to his huge homeland? “Just wonderful. People are nice and kind, I’ve a lot of new musician friends here. When it comes to work, an almost German pedantry is the name of the game. It was sort of difficult at the beginning, but as soon I’ve learned the language, I feel at home.”

Also an open air concert of Collegium Musicale chamber choir, which will take place this Friday 24.2.2017 at 16:00 at Sarona compound in Tel Aviv, is dedicated to small nations – or, more precisely, to “Forgotten Peoples”, a song cycle by the late Estonian composer Veljo Tormis.

Collegium Musicale choir, which sounds like an expensive music instrument – pure, rich and flexible – has already showcased its artistry in various festival programs, which include music by Beethoven and Bach, as well as pieces by contemporary Estonian composers.

The choir was founded six years ago by a tenor singer/choir conductor Endrik Uksvarav, together with his wife, piano and organ player Kristel. 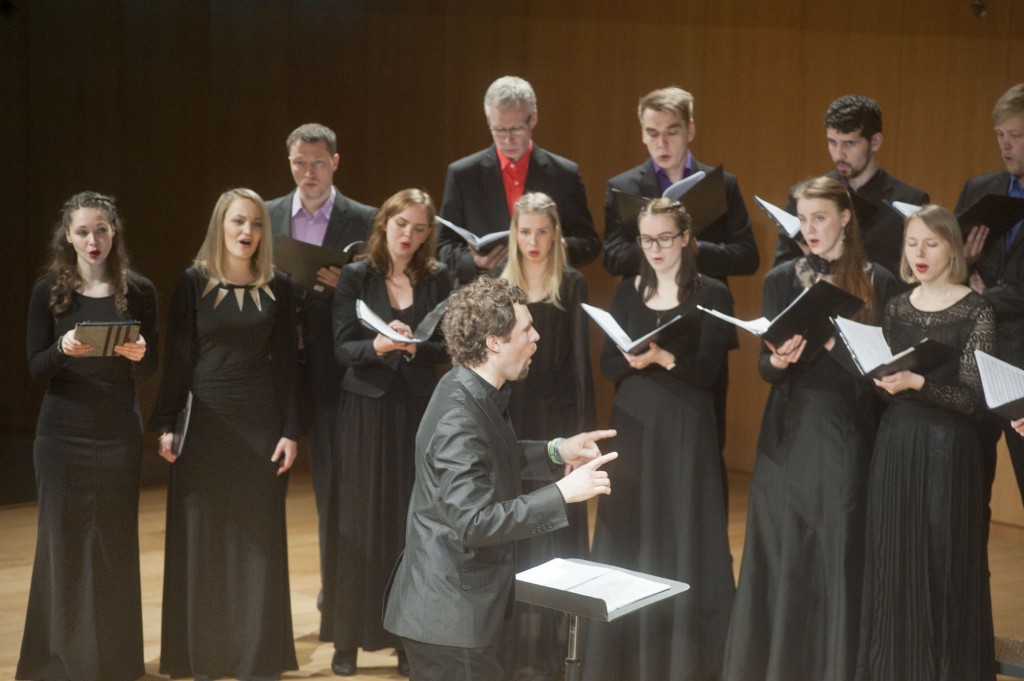 Endrik Uksarav (36) studied music in Estonia and in Holland, where he later performed for four years as an opera and oratorio soloist. He says that the repertoire of the choir ranges from the Baroque (which Endrik also studied in the Haag with leading singers) to contemporary. “Every year we present a Bach cantatas festival in Tallinn and at the same time many Estonian composers, including Arvo Pärt write music for our choir. We regularly tour Europe and appeared in the Far East.”

Kristel, who used to sing with Collegium Musicale till their third son was born, now serves as the ensemble’s manager, “but I still am the biggest fan and biggest critic of the choir,” she smiles.

She goes on: “On February 24th we will sing Veljo Tormis music in Tel Aviv. For us, this is a very impotant to sing it on that day, in many ways. This is our Independence Day – Estonia celebrates 99. And this is also our homage to the late composer, who has died just a month ago. Tormis was very close to the choir. Back in 2013 he for two and a half months taught us to perform his piece. He was happy and excited and so were we.”

The piece is dedicated to six small peoples from the Baltic sea area, who, like Estonians, belong to the family of Finno-Ugric nations. “We use to say that if Arvo Pärt’s music lifts you up to the heaven, that of Veljo Tormis ties you to the ground, says Kristel.

Tormis met folk singers of these peoples (which include Livonians, Ingrians, Izorians, Votics, Vepsians and Karelians) and created choral versions of their songs.”

Says Endrik Uksvarav: “This Veljo Tormis’s song cycle was a warning to us, Estonians: we have to be careful and not to disappear, we are a small people, which counts only one million.”

He adds: “The tradition of choral singing in Estonia is rooted in the 19th century and is extremely important for every Estonian, because it brings people together. At the Singing Feast, hold annualy in Kadriorg Park in Tallinn, more than one hundred people sing along with choirs on stage. It gives us a feeling that we are just one. It’s amazing. And if you don’t se it live, you cannot even imagine what is it.”

Fragments from the “Forgotten Peoples”, by Veljo Tormis, will be performed this Friday 24.2.2017 at 16:00 at sarona compound in Tel Aviv. Admission is free.

MustonenFest runs till March 1st.
For the detailed program visit the festival site.