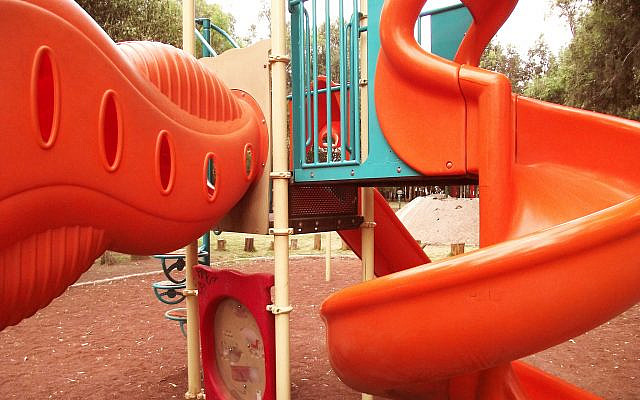 When Rivka told Yaakov that he should present himself as Esav in order to receive the coveted blessings from Yitzchak, Yaakov protested that Esav was hairy, whereas his own skin was smooth and silky. Yaakov was scared that Yitzchak might feel him and realize that he was not Esav. In this context (Gen. 27:11), Yaakov described his skin as chalak (“smooth”). To alleviate his concern, Rivka used furry goat skin to cover Yaakov’s arms and the smooth part (chelkat) of his neck (Gen. 27:16). In this essay we will discuss the meaning of the words chalak and shiiya.

As stated above, the word chalak refers to something smooth. It can also denote something slippery, as well as the very act of slipping. (Along these lines, in Rabbinic Hebrew, a chaluk is a plain, smooth garment with no frills.)

In the context of Yaakov’s skin, the Targumim translate the Hebrew chalak into the Aramaic word shiiya, whose root is SHIN-AYIN-(AYIN). This suggests that chalak and shiiya mean the same thing in different languages, with the former being Hebrew and the latter Aramaic.

However, in his work Tirgem Avraham, the Vilna Gaon’s son Rabbi Avraham Vilner (1765-1808) demonstrates that shiiya is found in Hebrew as well. An instance of a Hebrew shiiya-cognate in the Bible is found in Yechezkel’s metaphor comparing G-d’s redemption of the Jews from Egypt to a benevolent stranger taking in a baby girl. In describing the baby’s initial abandonment, Yechezkel says, “You were not washed with water for mishi (“smoothness”)” (Ezek. 16:4). Mishi shares its SHIN-AYIN root and meaning with shiiya. Radak (in his commentary there and in Sefer HaShorashim) explains that mishi means “smoothness,” as bathing in water causes one’s skin to become smooth. Rabbi Avraham Vilner cites this passage to prove that the SHIN-AYIN root in the sense of “smooth” is not unique to Aramaic, but also exists in Hebrew.

So, now we have two Hebrew words for “smooth: the classic term chalak, and the more obscure term shiiya. What is the difference between them?

The answer lies in a close analysis of the injunction to not wear shaatnez (Lev. 19:19, Deut. 22:11), which is clothing made from a mixture of wool and linen. The Mishna (Kilayim 9:8) clarifies that the word shaatnez is a contraction of the phrase shua (“smoothed), tavui (“spun”), and nuz (“woven” or “twisted”), and alludes to the fact that this prohibition applies only to fabric made of wool and linen via these three processes.

The crux of our discussion hinges on precisely defining the term shua, which Rashi (to Yevamot 5b) explains is a cognate of shiiya. In this context Rashi defines shua as “combing smooth.”Rashi maintains the prohibition of shaatnez applies only if wool and linen fibers were combed smooth together. According to Rashi, a fabric is shaatnez only if the wool and linen were combined from the earliest stages of processing, combing them smooth in preparing the fibers to be spun into thread. Even if wool and linen were mixed at a later stage, the resulting thread/fabric/garment would not be shaatnez.

The Tosafists’ difference of opinion with Rashi stems from an alternate definition of “shua.” Clearly, shua is a cognate of shiiya, and thus means “to make smooth.” But how is the thing in question made smooth? Rashi understands that, by definition, shua means “making an (individual) item smooth.” In the context of fabric production, fibers are made smooth by being combed. Thus, in the context of the Mishna, Rashi understands shua to mean “combed smooth.” On the other hand, the Tosafists understand that, by definition, shua means “the smoothness that results from attaching multiple things.” In the context of the above-mentioned Mishna, the Tosafists understand shua to mean “squishing together smoothly.” According to Tosafot, felt is a prime example of “shua,” and thus felt made of wool and linen would certainly be shaatnez.

From where can we derive this definition of shua?

Rabbi Yaakov Tzvi Mecklenburg (1785-1865) points to Maimonides’ commentary to said Mishna, which defines the word shua by citing the Targum to a different verse. The Torah commands that if the stones of one’s home are afflicted with tzaraat, then one should remove the affected stones, replace them with other stones, and bring new mortar “and plaster the house” (Lev. 14:42). The verb for plastering in Hebrew is ve’tach, which Targum Onkelos there translates into ve’yeshua. This is the Targum that Maimonides points to in order to define the word shua in the Mishna. Now, in that context, shua’s primary meaning is not “making smooth” but rather “applying plaster.” In other words, if shua’s entire meaning is “making smooth” (as Rashi explains), then it makes no sense in this context. The only way to explain shua is that it also means “attaching,” with the implication of thereby making smooth. In the context of plastering a wall, the wall is made smooth by having plaster attached to it (and vice versa, the plaster is smoothed over the wall).

Rabbi Mecklenburg notes that another cognate, sha (spelled SHIN-AYIN), means “closing one’s eyes” (Isa. 6:10, 32:3). When one closes his eyes it appears as though he is attaching the upper eye lid to the lower eyelid. This supports his point that shua also means attachment.

If we return to our original discussion of chalak versus shiiya, we can now say that the two words are not one-hundred percent synonymous. In light of Rabbi Mecklenburg’s explanation, chalak is simply an adjective meaning “smooth,” while shiiya/shua refers to daubing or pasting material onto another material, which incidentally entails smoothing out the surface.

Rabbi Mecklenburg also writes that the SHIN-AYIN root serves as the core of the word sha’ashua (“delight,” “enjoyment”). He explains the connection by noting that feeling something smooth is an enjoyable sensory experience. Thus, the root meaning “smooth” is borrowed to refer to anything “enjoyable.” (In contrast to the other commentators mentioned above, Menachem ibn Saruk and Rashi explain that mishi is related to sha’ashua, and in the context of Yechezkel’s prophecy refers to bathing for fun.)

The Yiddish/German word for chalak is glatt. That term is most famously used to refer to the halachic stringency that requires an animal’s lungs to be smooth and free of bumps. Glatt meat thus refers to the meat of an animal which meets these requirements. Glatt (“smooth”) is also a cognate of the Yiddish/German gleiten/glitchen, a relative of the English word glide. The relationship between smooth and glide is obvious: one can easily glide on a smooth surface.

Glitchen has found its way into some other familiar words, such as (according to some linguists) the English word glitch (a “malfunction” or “slip up”). Etymologists even trace the English word glad (“joy” or “happiness”, i.e. the feeling one has when life is sailing along smoothly) to this Germanic root.

In Modern Hebrew the act of surfing, skiing or sliding down a slide in a children’s playground is glisha, which is also derived from glatt/glitch (since Hebrew does not have the itch- sound, it morphs into a sh- sound, such that glitch becomes glish).