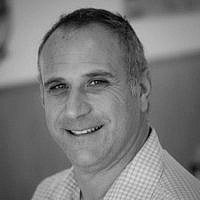 The Blogs
Andrew Friedman
Apply for a Blog
Advertisement
Please note that the posts on The Blogs are contributed by third parties. The opinions, facts and any media content in them are presented solely by the authors, and neither The Times of Israel nor its partners assume any responsibility for them. Please contact us in case of abuse. In case of abuse,
Report this post.

Like many people, I was shocked to read Bezalel Smotrich’s missive denouncing the late Supreme Court Justice Miriam Naor, who died this week at 74. But while I think Smotrich made a poor choice to blast Naor as little more than “just another [Supreme Court] president in a long line of those… who destroyed a once glorious institution…” before she was even buried, I cannot help but respect the integrity he showed by refusing to celebrate her legacy. 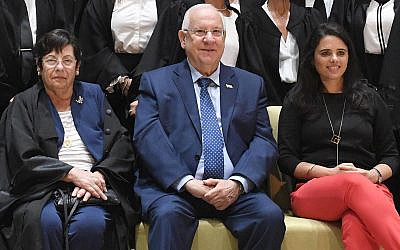 To be sure: Smotrich’s comments were crass and (very) poorly timed. There is a way to memorialize the dead and honour their contribution to this country in a way that reflects honest differences of opinion. I wish he had chosen that path.

But compare Smotrich’s comments, for example, to those of Interior Minister Ayelet Shaked, who mourned the death of “a beloved friend” whose dedication and service would be “etched forever in the annals of the State of Israel.

Shaked’s was precisely the type of statement one would hope to hear from a government official: Dignified, measured, respectful, caring… and 180 degrees from her blistering attacks on the court when Naor sat at the helm.

“The justice system is a foundation of our existence as a democratic society,” Shaked mused in 2017, shortly before Naor stepped down as head of the court. “I will not be the one to soften its bite. But I will also not allow it to eat away at the legal authority of the legislative and executive branches. We must find the formula for the right balance between the branches.”

Sadly, Shaked’s hypocrisy has become something of a norm. Binyamin Netanyahu rightly called on then-prime minister Ehud Olmert to step down because in 2008 “a prime minister who is immersed in investigations, and has no public and moral mandate to determine such fateful things in the State of Israel, but did not hesitate a decade later that his own indictments would lead him to “make decisions based on personal interest of his political survival rather than on the national interest.”

Of course, self-serving hypocrisy is not limited to politics: Prof. Penina Peri’s standing as a respected academic on multicultural issues did not prevent her from mocking and humiliating a traveler at Ben-Gurion Airport for “offending her” by putting on tefillin in the departure lounge. Orthodox communities and political parties have shown little hesitation when it comes to protecting individuals accused of violating Jewish law when it suits a political need or a cultural norm.

I am far from a legal scholar and never really covered the Supreme Court during my career as a journalist; as such I have no right to comment on Justice Naor’s career and/or her accomplishments on the bench. I am also very far from sharing Smotrich’s political views or his belief that Naor’s court was an out-of-control shadow government that used its authority to undermine the legislative process (my understanding of Smotrich’s position, but not Smotrich’s words).

Disagreements notwithstanding, it seems deeply unfair to me to reduce her career and life of service to this country to the demolition of homes in Judea and Samaria. And yes, it would have been far more appropriate for Smotrich to temper his remarks on the day of Naor’s death.

But he refused to backtrack on his beliefs or on a career spent advancing those views. Agree or disagree with him, I believe the word for that is “integrity.”