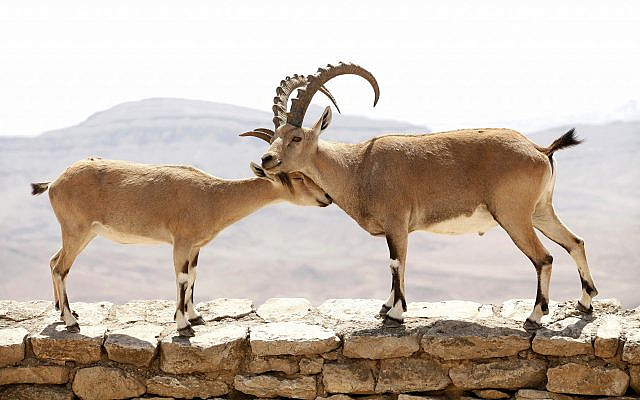 In times of too much hate among some parts of the Israeli society, it’s a special joy to capture a moment of love in its nature.

A couple of Nubian ibex seen in Mitzpe Ramon in the Negev.

They are old habitants of Israel living in mountains and cliffs, already mentioned in the Bible and today’s symbol of the Israel Nature and Parks Authority.