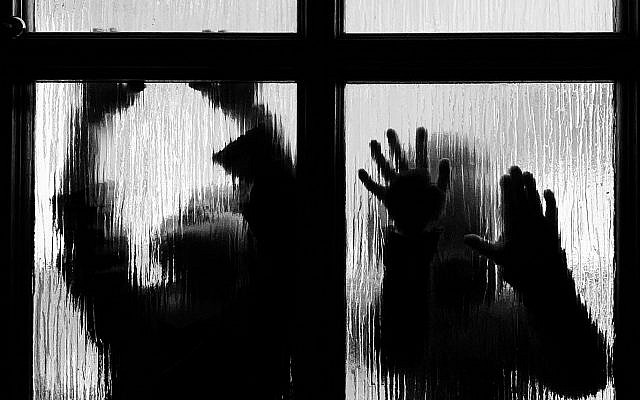 The confluence of the COVID pandemic and the Black Lives Matter movement presents an opportunity to think more carefully about the value we actually place on the lives of people we don’t know.

Starting with the latter – that “Black Lives Matter” should be self-evident; which is why many people somewhat thoughtlessly responded, “All Lives Matter.” It was thoughtless, because it missed the point of the slogan, which was that in certain contexts in the United States, Black lives were not treated with the same dignity as white lives. The movement’s underlying assumption all along was that all human lives are precious.

That assumption is also what drove the many measures to minimize the spread of COVID. In this regard, Rabbi Jonathan Sacks pointed out that the possible overreaction to the early stages is really something to celebrate: Nations didn’t count the cost. Virtually unanimously, they placed the saving of lives above all other considerations… The fact that [they] chose life was a significant victory for the Torah’s ethic of the sanctity of life.

However, Sacks also recognized that translating this ethic into national policy is more complicated: A ruler or government must act in the long-term interests of the people. That is why, though some will die as a result, governments are now gradually easing the lockdown provisions… to relieve distress, ease the economic burden and restore suspended civil liberties.

All that is fair and would presumably be understood by any thoughtful person – while an individual will often give up all of his or her resources to save the life of a loved one, that is not a price that can be imposed upon the community. True, all lives matter, and not just those close to us. But only in a relative sense. Spending all of our lives trying to preserve the life of everyone else would prevent any of us from actually living those lives.

Yet even as the only reasonable policy towards saving lives is something between doing nothing and doing everything, the common wisdom that has driven this balance more recently is in need of some serious review:

According to one of the world’s central COVID hubs, 129 died of COVID in Israel last Sunday. That would make it the second highest death toll since the beginning of the pandemic. So why were we already talking about taking off our masks and removing all major restrictions, something that has already happened in several American states with similar statistics? Yes, we are past the highest level of infections. But with very high levels of infection still present, allowing people to interact as if there were no pandemic will obviously lead to a death toll which was seen as unacceptable in previous waves.

Here are two common wisdom reasons for the attitude that drives these policies, both of which show a lack of – well, wisdom. The first is that the percentages of people who get COVID and die from it are much lower. That makes the disease less scary for us as individuals. But since so many more people are getting it (partly because we have dropped our guard), the death rates are still near the highest in the last two years. The second reason — and this is my focus — is that we are more inclined to accept the death of those sectors in which most of the dying is taking place this time around. As of three weeks ago, among those over 60 in Israel, about 40 percent of those who died were people not fully vaccinated, when the unvaccinated only accounted for 12% of that age group. In addition to this, a higher percentage of those dying from COVID now are those whose health was already compromised. To translate this into harsher terms than most people would find comfortable, I don’t have to go out of my way to save the lives of people who could have done more to help themselves and those whose health is already at risk. The first is often said with a tinge of self-righteousness, the latter with a philosophical acceptance that we cannot control everything.

Granted, there are other variables involved. There is fatigue and there is wishful thinking of, “If we don’t pay attention to it, then it doesn’t really exist.” But there is also a callousness towards the lives of those we have determined don’t matter so much after all.

If disappointed, I am not completely surprised. I have long been puzzled at humanity’s willingness to take tremendously heroic measures to help foreigners suffering from a natural disaster such as an earthquake or tsunami or from war, but heartlessly turning their backs when the problem is “only” starvation or disease. The (often false or exaggerated) excuses for not helping those regions of the world in dire straits in those cases — because of local corruption, delivery mechanisms, etc. — seem to be forgotten when those  dying are doing so in a way we determine to be “legitimately” beyond their control.

In this regard, Black Lives Matter is no exception. It too does not truly believe that all black lives matter. If it did, its activists would shift most of their work towards mobilizing resources to all of the sick, malnourished and otherwise vulnerable Blacks in sub-Saharan Africa, whose lifespan on average will be about 20% lower than Blacks in America. So it appears that it is actually only American Black lives that matter after all. That does not make the movement worse than others. It is just that one might have hoped for better from a group whose central platform is the preciousness of human lives.

Sometimes I have a hard time understanding common wisdom. In line with several great thinkers of the Jewish tradition who Hebraicized the concept of vox populi, vox Dei, I don’t deny its existence. However even those thinkers would presumably agree that the common wisdom is fallible. So, given what is at stake, it behooves those of us who truly believe that all lives matter to challenge it about when and which lives are worth saving.