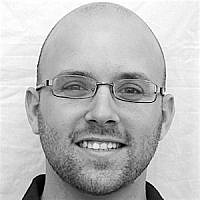 The Blogs
Gabriel Karan
Apply for a Blog
Advertisement
Please note that the posts on The Blogs are contributed by third parties. The opinions, facts and any media content in them are presented solely by the authors, and neither The Times of Israel nor its partners assume any responsibility for them. Please contact us in case of abuse. In case of abuse,
Report this post.

Netflix has launched in Israel with much excitement. I’ve now had a couple of weeks to check it out and to be honest, I’m not that impressed.

As of January 6th 2016 Netflix is available for anyone in Israel to signup. While this is a great development, hidden beneath all the buzz is a disappointing realization.

Yes, Netflix has arrived, but it’s brought only a fraction of it’s content with it.

I mean are you kidding me? No house of cards?

I counted the total number of titles available and it’s approximately, 850. Now, keep in mind that many of those titles are listed multiple times under different genres. This puts the number closer to 500. That’s quite a bit less than the estimated 38,000+ titles available in the USA. Want to know why only 500 or so titles are available in Israel?

Netflix can only allow users to stream content that isn’t already licensed by TV, Cable, and Streaming services in Israel. So this drastically limits the amount of content available. Netflix’s currently spends 5bn a year producing original content in order to combat licensing issues. In the mean time: slim pickings. Also, without Hebrew subtitles, I really don’t see much value for Israelis either.

Don’t get me wrong, I’m excited about Netflix Israel, but I’ll keep watching my US Netflix through a VPN service for the time being. I use MatchboxAir (www.MatchboxAir.com) for this and it has been a breeze to skirt around the geo-restrictions of all the major online content providers like Netflix, HBO, Hulu, BBC, and many others.