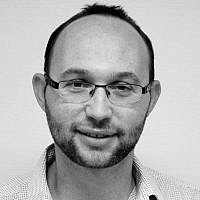 The Blogs
Marik Shtern
Apply for a Blog
Please note that the posts on The Blogs are contributed by third parties. The opinions, facts and any media content in them are presented solely by the authors, and neither The Times of Israel nor its partners assume any responsibility for them. Please contact us in case of abuse. In case of abuse,
Report this post. 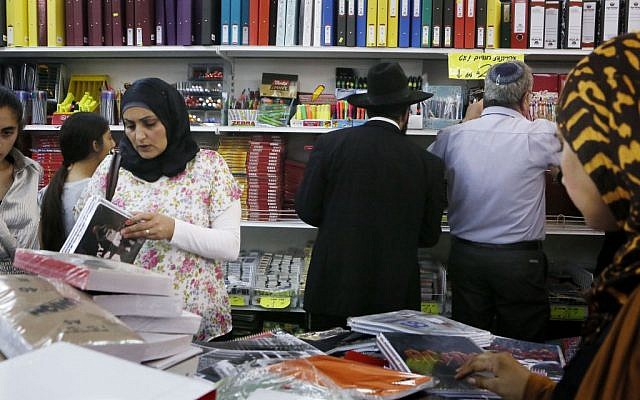 In honor of Jerusalem Day, the city of Jerusalem launched a campaign to celebrate the 50th anniversary of the reunification of the city under the heading “A Unified Jerusalem Unites.” A brief look at the tense and violent relations between the different populations that live in this city, whether Israeli and Palestinian or secular and haredi, testifies to how far this slogan is from reality and obscures the sad truth: Jerusalem today, as a national and religious symbol, is the focal point of fragmentation and polarization between different segments of Israeli society and not a place of agreement and unity.

It is not surprising that this is the state of the city. As far as East Jerusalem is concerned, since 1967 the Israeli government has had two dominant strategic goals that have shaped the development of the city and the power relations between the various groups living in it: first, strengthening the Jewish character of Jerusalem; and second, preventing the possibility of dividing the city again.

From the outset, these two goals dictated the underdevelopment of East Jerusalem neighborhoods and the Palestinian population living there. This came from a conscious or unconscious understanding that creating conditions for empowering and strengthening the Arab population — orderly planning, the development of modern infrastructure, and the establishment of new residential neighborhoods – constituted a threat to the Jewish character of Jerusalem. Thus, all efforts were made to Judaize the area — building Israeli neighborhoods in the eastern part of the city (such as Gilo, Ramot, and Pisgat Ze’ev), limiting the development of Palestinian neighborhoods, and trying to settle as many Jews as possible in East Jerusalem.

These efforts were only partially successful. On one hand, today nearly half the Jewish population of Jerusalem lives over the Green Line, and the possibility of physically dividing the two parts of the city seems impractical and even destructive to the urban fabric. On the other hand, the Arabs of Jerusalem have stayed in their residences in the city and have not left despite deteriorating conditions. Meanwhile, the demography of the Jewish population in Jerusalem has been characterized, since 1988, by negative migration and the departure of the productive middle class. As a result, the percentage of Palestinians in Jerusalem rose from 25 percent in 1967 to 37 percent today (and some say the unofficial rate is 41 percent).

The partial success of Israeli policy in Jerusalem has brought the city a relentless war of control, socioeconomic gaps, and nationalist and religious violence that make any possibility of a future political solution impossible to implement. In other words, a political and religious pressure cooker that cannot be controlled.

In the past decade, however, new conditions that undermine the geographic and political power balance in the city have been created. The collapse of the Oslo Accords and the construction of the separation fence in 2004 changed the rules of the game in Jerusalem and created unexpected geographic and economic implications for the relationship between East and West Jerusalem. For the first time, Palestinian residents of East Jerusalem have begun to see (in the absence of choice) in West Jerusalem and the Israeli employment market their economic future. Due to economic and political disconnect from the cities of the West Bank, a growing dependence on the Israeli economy has led to new trends of “pragmatic Israelization” among Jerusalem Arabs. These trends include a rise in the number of applications for Israeli citizenship, an increase in the number of students studying in Hebrew and attending preparatory courses and institutions of higher education in West Jerusalem, and the growing integration of a professional Palestinian workforce into various industries in West Jerusalem.

At the same time, the lack of infrastructure in the eastern part of the city and the restriction of access to cities in the West Bank have increased the daily presence of Palestinians in public and commercial spaces in West Jerusalem, such as shopping malls, parks, and recreational sites. Unsurprisingly, this process is accompanied by a counter-trend of religious and national radicalization, which was expressed in the terrorism of the “Jerusalem Intifada.” However, as long as the separation fence remains in place and a political agreement that includes political compromise in the city is not on the agenda, it will not be possible to stop the geographic and economic integration of Jerusalem Arabs in a variety of areas of life.

Hence, barring government or municipal intervention in the power balance between Jews and Palestinians in Jerusalem, we will see on the one hand increasing integration between Jews and Arabs in the Israeli neighborhoods and public spaces in the city and on the other, the continuation of trends of radicalization and friction between extremist groups (such as Lehava) and elements on both sides who oppose a change in the patterns of separation between the populations in the city.

But it is indeed through the process of economic dependence and Israelization that I see the foundations for a solution to the issue of Jerusalem and the relationship between Jews and Arabs in the city. First, frequent encounters between hostile populations hold the potential for recognition, moderation, and decreasing prejudice. Second, promoting Israeli education and economic integration among Jerusalem Arabs is, it seems, the only option available to them today for personal and group empowerment. In this way, it can be possible to develop a new local Palestinian elite that is well-versed in Israeli society but is ideologically rooted in the local community. Climbing the employment ladder will raise the standard of living for the Palestinian population and will moderate the socioeconomic gaps — which will enable a more egalitarian and equitable encounter between the populations. And given a future political solution, the two groups will be better prepared for political and municipal arrangements that will involve shared city management and the maintenance of an open urban space.

About the Author
Marik Shtern is a PhD student at Ben Gurion University of the Negev and a researcher at the Jerusalem Institute for Policy Research.
Comments