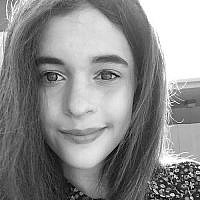 The Blogs
Sarah Nachimson
Apply for a Blog
Advertisement
Please note that the posts on The Blogs are contributed by third parties. The opinions, facts and any media content in them are presented solely by the authors, and neither The Times of Israel nor its partners assume any responsibility for them. Please contact us in case of abuse. In case of abuse,
Report this post.

I sat down and spoke with Jonathan Tropper, a New York-based author and screenwriter. After graduating with a BA from Yeshiva University and an MA from NYU, Mr. Tropper wrote ‘Plan B,’ ‘The Book of Joe,’ ‘How to Talk to a Widower,’ and the New York Times bestselling novel ‘This is Where I Leave You.’

Me: How did you first become a writer?

JT: It’s kind of an odd question. I think I always was one. I can’t remember a time I wasn’t making up narratives in my head. As a young student, I always put my heart into creative writing assignments, going far beyond the parameters of the assignments, For a two-page story assignment, I might hand in 20 pages. By the time I was in high school, I was reading constantly, and very proactively, really bearing down on sentence structure, language, and style. So I don’t think I ever “became” a writer. I think there was just a point, somewhere in my college years, where I began tip-toeing into the notion that I might actually be able to write professionally.

Me: You are a Jewish writer, as you attended Jewish day school. Some of your novels, such as “This is Where I Leave You,” contain Judaic themes. How do you think that being Jewish has affected your writing?

JT: I think the world we grow up in shapes us. Jewish communities are built on a foundation of family, and I think it’s no coincidence that my novels all deal with some aspect of family and communal dynamics. Growing up with any kind of religious instruction also engenders a certain amount of introspection and observation, and I think that all comes in pretty handy when you’re creating multi-dimensional characters and relationships. When you spend your formative years being told seemingly objective “truths” by religious instructors, you develop a strong inner debate searching for your own truths, and I think that’s a process very much akin to the writing process.

Me: In addition to your numerous published novels, you’ve also worked in the entertainment and film industry such as when you wrote a screenplay for your own novel or co-creating the series “Banshee.” How do you think that your novel-writing career has contributed to your screenwriting and filmmaking one?

JT: From a purely practical level, being known as a novelist made it easier for me to get the meetings I needed, at agencies and at studios. From a work perspective, I think the discipline and focus and world-building required to write novels lends itself to the world-building required to create films and television shows as well.  I’ve always been a somewhat visual writer, and visual storytelling feels like a natural extension of the storytelling I’d been doing up to that point on the page. There’s a host of other skills you have to pick up along the way, but everything is still driven by character and story, so I never really felt out of my element.

Me: What advice would you have for anyone who wants to pursue a career in writing?

JT: The same advice I’ve been giving since I was first asked: Half the trick is perseverance.  You have to be willing to keep going back to revise, rethink, and reshape, until the piece you’re working on has really reached its potential. I think the difference between those of us that get published and produced and those of us that don’t — assuming a certain baseline of ability — is the willingness to keep revisiting the same pages even after you’ve kind of burned out on them, and figuring out how to sharpen and polish them.  It takes an energy that not everyone has. Even those of us who do it for a living sometimes don’t feel like doing it, but that’s what it takes — the refusal to accept something that’s “good enough,” and the ambition to keep striving to make it great. We don’t all necessarily reach “great,” but it’s the aiming for it that puts the passion onto the page and makes it something worth reading.

About the Author
Sarah Nachimson is a high school student from Los Angeles, California. She is an author, journalist, poet, and political advocate.
Comments