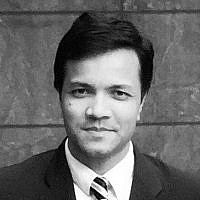 The Blogs
Rashidul Bari
Apply for a Blog
Advertisement
Please note that the posts on The Blogs are contributed by third parties. The opinions, facts and any media content in them are presented solely by the authors, and neither The Times of Israel nor its partners assume any responsibility for them. Please contact us in case of abuse. In case of abuse,
Report this post.

Five-year-old Soborno Isaac is under attack by terrorists who unleashed their terror on him for making a speech to condemn the terror attack on Dr. Muhammad Zafar Iqbal, the most renowned professor and writer in Bangladesh. 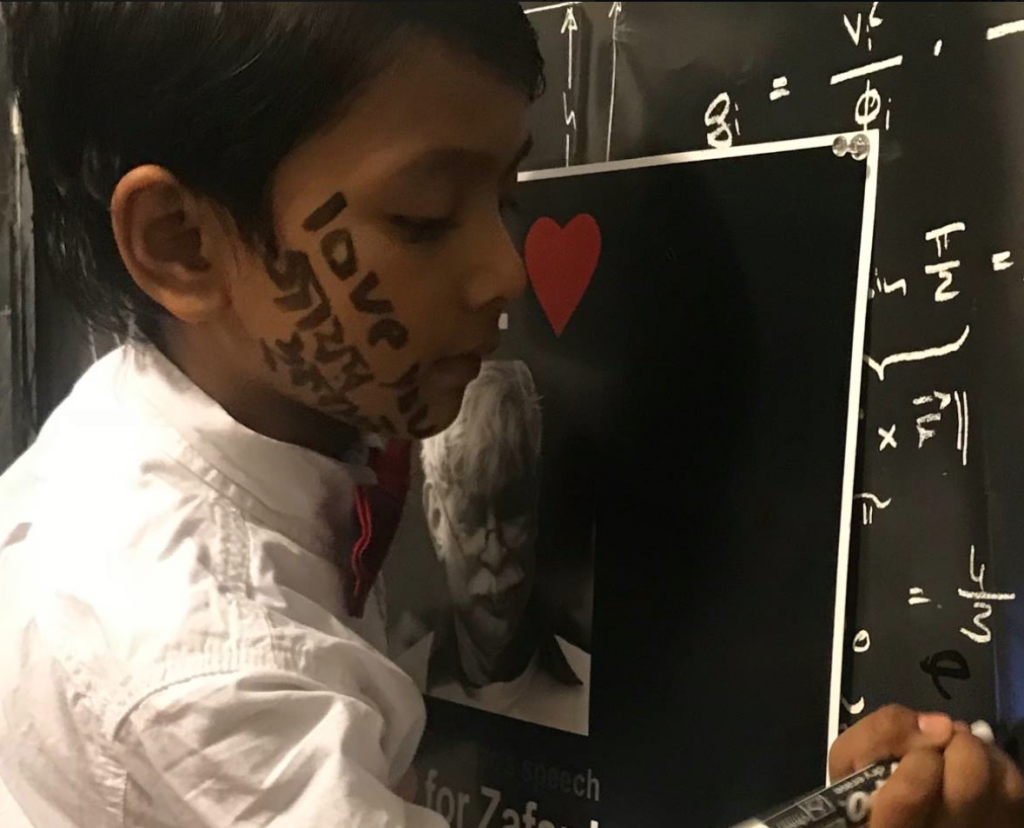 5 year-old Soborno Isaac speech, “The Love For Zafar Iqbal” doesn’t contain any hate against Madrasa education, but terrorists still launched a propaganda campaign against him and his anti-terrorism campaign, The Love

Isaac is a student in a New York City gifted and talented program. In 2014, Dr. Lisa Cioco, City College of New York president, called him the Einstein of our time. In 2015, President Obama gave him a recognition for being able to solve advanced math, physics, chemistry, and computer science problems. He’s working on two projects currently—creating Nazrul, a humanoid robot, and writing a book, titled The Love.

The Love is story about Isaac’s struggle to create a world without terrorism. It starts with the then-4-year-old correcting the behavior of an imam after the imam refused to pray for America on the 4th of July. The two-part story covers his struggle with his family members to change their perceptions about non-Muslims and his fights with imams to change their perceptions of America. Two documentaries describe The Love—I’m Muslim & I Love America and I Love Christmas. The documentaries created an anti-terrorism movement around the world, including Bangladesh. In fact, thousands of Muslims sent Isaac posters containing the main theme of The Love, which Isaac based on the following idea: 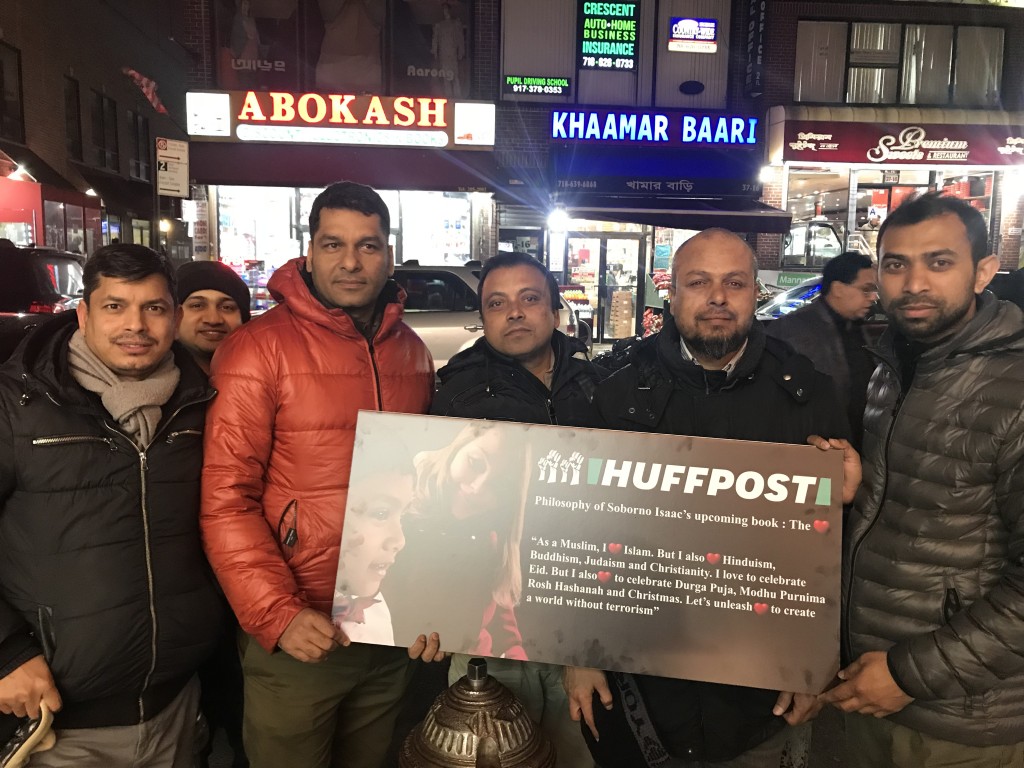 While Dr. Iqbal watched the event on his Shahjalal University campus, a student snuck up behind him and stabbed him in the head with a sharp weapon.  The terrorist sympathizer unleashed a hate campaign against Isaac after he gave a speech, “The Love for Zafar Iqbal.”

“I’m heartbroken, because terrorists have unleashed their terror on Dr. Iqbal, one of the greatest sons of Bangladesh. He is not only a world-famous scientist but also a great science fiction writer. In fact, he has become a custodian of the Bangladeshi literary culture whose books have shifted the capital of Bengali literature from Kolkata to Dhaka without any war or revolution. Yesterday he was stabbed in the head in a prize-giving ceremony in Shahjalal University by a student. The terrorist claimed that he tried to kill him because Zafar Iqbal is an atheist and therefore an ‘enemy of Islam.’ I urge Prime Minister Hasina to ban those Madrasa that train their students to become terrorists.

“On behalf of The Love, I condemn in the strongest terms what appears to be the worst terrorist attack in the history of Bangladesh, because this attack was designed to kill the greatest scientist of Bangladesh. Our thoughts and prayers are with the families, and we wish his quick recovery. In fact, I went to Columbia University yesterday to pray for him. Dr. Haque,  Nabil Iqbal, and Yeshim Iqbal, if you’re listening, please know that my family The Love loves your dad. Let’s unleash the love to defeat terrorism. “I am one of the countless millions who drew inspiration from him. The day, in 2003, when he joined Shahbag protests to show his support for Dr. Imran H. Sarker,  gave me a sense of what a scientist can do when they’re guided by their hope and not by their fear. And like so many around the globe, I cannot imagine my own life without the example that Dr. Iqbal set, and so long as I live I will do what I can to learn from him. When I wrote the manifesto for my upcoming book, The Love, Zafar Iqbal and Kazi Nazrul Islam’s ideologies were in my mind. Dr. Iqbal lived for that ideal, and he made it real. He achieved more than could be expected of any man.  His journey from a scientist to an activist embodied the promise of The Love.

“Now I want to talk to Madrasa students as directly as possible: I urge you to give up terrorism and to fall in love with math and science, because you too can become the next Sir Isaac Newton or Albert Einstein. Listen to me very carefully; if you can become the next Newton or Einstein, then why should you want to become the next terrorist? Please join my family The Love and I’ll help you.”

His speech doesn’t contain any hate against Madrasa education, but terrorists still launched a propaganda campaign against him. 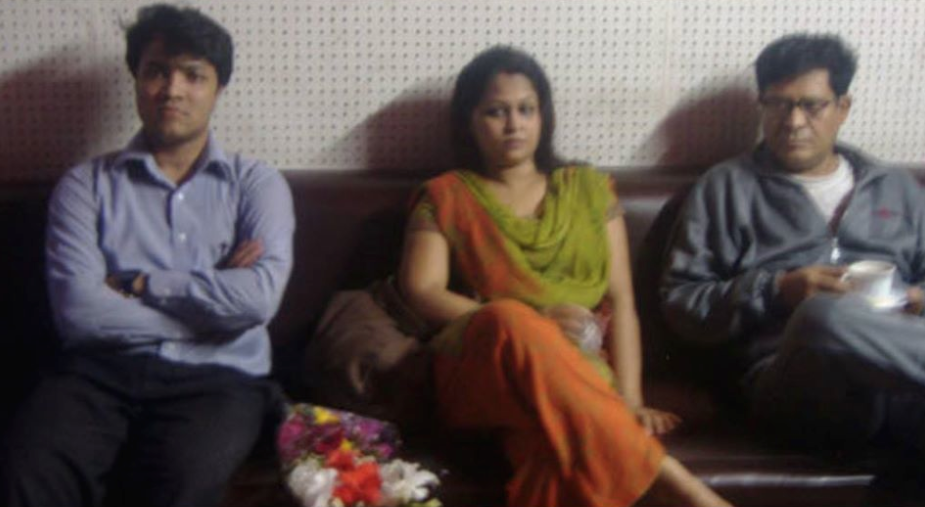 Vanda Mataram was selected as the theme poem of The Love. Rashidul Bari wrote this poem and Pijush Ganguly recited it, Here

It is very unfortunate that instead of supporting this beautiful speech, terrorists decided to try to stop him, because they want to use Madrasa students as weapons to accomplish their evil goals. Terrorists don’t understand that it’s not possible to stop The Love, a Soborno Isaac family that aims to create a world without terrorism. In fact, the world has seen the French revolution and the Bolshevik revolution. However, the revolution  Nazrul’s ideologies helped Isaac start, The Love, is much bigger than both revolutions combined, because this revolution uses The Love to eradicate terrorism through love.  So, let’s join the revolution to create a new world order.

About the Author
Rashidul Bari moved to the United States in 2000. He is currently a doctoral student at Columbia University and he teaches mathematics at Bronx Community College. Email : rb3080@columbia.edu
Comments