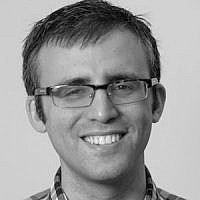 The Blogs
Chaim Landau
Apply for a Blog
Advertisement
Please note that the posts on The Blogs are contributed by third parties. The opinions, facts and any media content in them are presented solely by the authors, and neither The Times of Israel nor its partners assume any responsibility for them. Please contact us in case of abuse. In case of abuse,
Report this post.

The issue of soccer and Shabbat in the Jewish state has been on the agenda recently, in the wake of a petition submitted by the Histadrut Labor Union on behalf of 240 players who do not want to play on Shabbat but who want to continue playing on their teams in the league.

Haaretz published a blistering editorial painting the issue as yet another attempt to curtail the freedom of secular Israelis. President Rivlin described soccer on Shabbat as part of the Israeli routine.

Those who know me are aware that I have fought for religious freedom and pluralism in Israel. Even as I love the (Halachic) Shabbat, I find the multiple attempts to shut down everything in the name of Shabbat to be abhorrent.

And yet – I firmly disagree with the Haaretz editorial, with President Rivlin, and I support the Histadrut and the players they represent.

It is inconceivable that in a Jewish state players must choose between their religion and their passion. And hundreds of thousands of Shabbat observant Israelis are prevented from attending or watching the game.

Perhaps some of the opposition is due to fear of any ‘wins’ by the religious, at a time when the Rabbinate continues to hold (and abuse) a monopoly on issues relating to personal status, and when the ‘religious’ parties in the Knesset are expanding their power.

Yet this need not be a zero gum game. The players are not part of some big movement trying to change the face of Israel, they simply do not want to play on Shabbat. It would be best to try and find a solution that does not change the Israeli ‘routine’ but would accommodate the maximum number of people.

In the summer games can be held on Friday afternoon, perhaps starting at 12, with the stadiums cleared out by 4 PM, well before the start of Shabbat. In the winter they can be held an hour or two after Shabbat ends, still at a very reasonable hour.

We are all entitled to our beliefs, but with a bit of goodwill, we can come to a solution that works.

About the Author
Chaim Landau is Director of Partnerships for Metiv | The Israel Psychotrauma Center. He lives in Jerusalem.
Related Topics
Related Posts
Chaim Landau
Comments