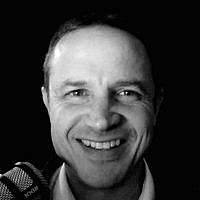 The Blogs
JP Katz
Apply for a Blog
Please note that the posts on The Blogs are contributed by third parties. The opinions, facts and any media content in them are presented solely by the authors, and neither The Times of Israel nor its partners assume any responsibility for them. Please contact us in case of abuse. In case of abuse,
Report this post.

Disruption and damage caused by 4,000 rockets launched at Israel pales in comparison to the digital fodder created in this most recent volley between Israel and those who seek its destruction. In April of 2020, Carnegie Mellon University released their findings from analyzing 200 million tweets about opening up the United States during COVID and estimated that more than 50% of all tweets analyzed were bots. 620 out of the top 1,000 tweets were found to be bots – not real people. The old school digital threats were foreign troll farms, actual people paid to create fake accounts, spread misinformation and harass people online in an effort to confuse, radicalize and sow conflict within societies. That was then and this is now. Bots are computer programs that more sophisticated bad actors use to automate the creation and behavior of those fake accounts to manipulate platform algorithms more like snipers who radicalize otherwise moderate digital communities. 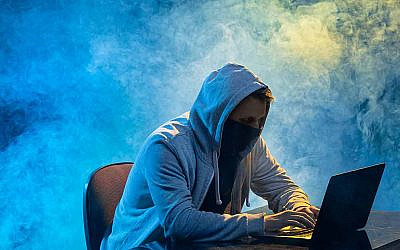 Professor Kathleen Carly gave some examples of her lab’s findings. She explained how bots on twitter to try to radicalize moderate Islamic online communities as well as the evangelical south. The process is simple in theory but complicated in execution. According to a source familiar with the matter, Twitter is easier than Facebook to create these types of bots because of Facebook’s alternating code under the hood. War Zone on Your Phone is a documentary that details these processes and how social media titans admittedly recognize this as a major threat. Jack Dorsey, CEO of Twitter explained, “There are many coordinated campaigns to manipulate the public conversation, to divide people all around the world, to confuse and generally distract and we have policies in place to prevent as much of this as possible. It is a growing threat. It shows no signs of slowing down.” In July 2020 Mark Zuckerberg, CEO of Facebook admitted to taking down “billions of fake accounts each year.” Everyone on planet earth should think twice as they open their apps, especially Twitter, and remember that the suggested posts and comments are loaded with programmers’ live ammunition of manipulation. 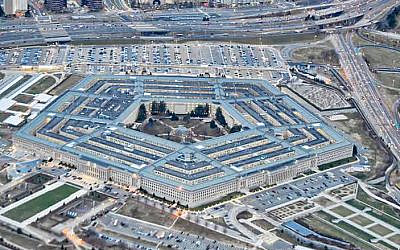 The Pentagon in Washington DC from the air. (photo by twenty20photos, licensed by Envato.)

Richard Stengel served in the Pentagon as Undersecretary to John Kerry during the Obama administration. He states in his book, Information Wars: How We Lost the Global Battle Against Disinformation and What We Can Do About It that both China and Russia are spending upwards of $1 billion annually on misinformation campaigns. The goal of misinformation is to literally drive society to chaos, violence, massacre or even revolution. A healthy democracy is measured by the critical thinking skills of the populace and the accuracy of the information they receive. One methodology is targeted radicalization of online communities. Another is flooding the internet with false information and creating content meant to enrage and polarize groups against each other. Interest groups attract a large audience and then slowly move them towards more heated content. Although most people stop consuming the increasingly polarizing content there are those who keep going. Conspiracy theories and false information become their reality until they snap, take action and become the next headline. 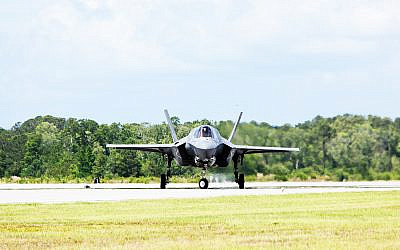 BEAUFORT, SOUTH CAROLINA-APRIL 30, 2017: A US Marines F-35 lightning taxis on the runway at the Marine Corp Air Station (Photo by Wollwerth, licensed by Envato)

Richard Stengle also explained to the Council on Foreign Affairs that the costs of entry to this type of warfare are far less prohibitive than traditional warfare. He claims that bad actors can cause more damage with the same spend than an F-35 fighter plane (estimated at around $80 million). That means that nations that would otherwise be priced out of war can now engage in the destruction of its enemies.

Democracy seems to be disadvantaged in this new battlefield. Unlike the era of television when legacy media served the role of gatekeepers for the populace, now nations and non-nation states can reach the newsfeeds and cell phones of the enemy populace directly and reak havoc from within. Democratic countries who value free speech and open debate often sling mud at each other and create the polarizing content themselves. Those countries observing democracies from across the globe can add fuel to these already raging fires and trigger even more chaos. This is true for open and democratic societies.

Totalitarian states have a significant advantage simply because the state often controls all aspects of the media and internet and therefore they can both block outside influence and implant their ideology into the DNA of the thoughts of their own citizens. This technology has never existed and so the need for secret agents is less necessary in a world where the government can so strongly influence the inner voice of humans. According to an interview with Mark Zuckerberg by Yuval Noah Harari, Harari pushes back on Zuckerberg in a discussion of how this technology and artificial intelligence will manipulate a person’s ideals and thoughts and ultimately impact their ability to trust even their own inner voice.

The disadvantage open societies face in this new world is palpable. Think about it. In a conflict between an in group and an outgroup the in group will try to show the flaws and danger of the out group’s thoughts and/or actions. The bots and bad actors will continuously exploit these differences to drive a wedge between the preexisting factions in order to stoke fear and anger towards each other, and to continuously increase polarization. This makes it seem like the society is ripping at the seams, because it actually is.

Society requires a common set of values to serve as glue keeping internal factions together. Sometimes the glue is in the form of an outside existential threat. Other times it can be a shared value such as democracy or religious belief. For some it may be a love for sports and “winning” and for others it may be a love for truth and virtue. Humans are complex.

However, even in a democratic system where in theory everyone values democracy, the polarization can take its toll at the polls. In March 2021, the US the Pew Research Center found that, “About eight-in-ten Republicans (81%) and 88% of Democrats say the phrase ‘respects the country’s democratic institutions and traditions’ describes their own party very or somewhat well, while about two-in-ten say this about the other party.” How much of that polarization is a result of an outside bot-force and how much is the result of the partisan nature of the US political and media ecosystem? We can not know what those statistics would be without the bots amplifying the intensity of the internal societal conflict. 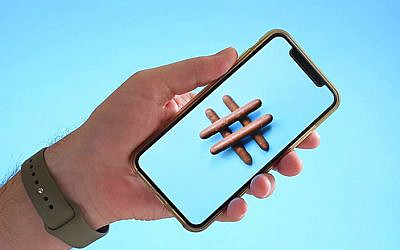 It is important to recognize that when you log into twitter to simply check the newsfeed you may be getting caught up in a billion dollar wave seeking to radicalize your perspective and those of your neighbors to not just to believe your in-group team is more correct and wise but also to convince you that the other team is the one destroying your society as you know it.

Asking the right question is crucial to identifying the next round of attacks. Once we had a rodent problem in our house and I asked the professional how he knows where to lay the traps and focus efforts. He explained to me that in order to catch a mouse you need to think like a mouse. Remember, those who seek to destroy the United States look for any in group and out group dynamic to exploit and especially when those groups are angry, have little to lose and have a propensity for violence.  Remember, today bad actors can target groups of citizens online by social interests and even zip code. Which demographic would consider the Jews to be part of their out group? If you were looking to catalyze violence or revolution, which of those demographics would be angry, disgruntled and have a propensity for violence?

Ultimately, we need to change ourselves and strengthen our commitment to those common values that hold our societies together. Our deep wiring for tribalism and confirmation bias interferes with our ability to objectively identify truth and best path forward leaving our country in a state of confusion. The first step in dealing with a new challenge is deeply understanding it. You can watch Tribe Journal’s full documentary, War Zone on Your Phone for further insight and details as to the process of polarization and radicalization.

About the Author
J.P. Katz is passionate about building a better world. He brings over a decade of nonprofit sector experience serving organizations and communities in a wide variety of roles. He blends his C.P.A. experience auditing and consulting for healthcare and nonprofit organizations ($10mm — $200mm) with his experience successfully catalyzing and founding innovative social start ups. He founded Jewish PULSE of Boston which since its inception has deeply impacted the lives of thousands of undergraduates, graduates and young professionals. He has designed and executed strategic business plans for rebuilding once vibrant institutions who were struggling for survival. He has served on a variety of think tanks for the Israeli government and several global foundations. www.thetribegroup.org www.tribejournal.org
Related Topics
Related Posts
Comments