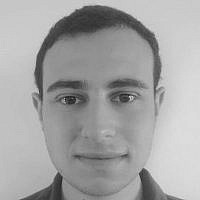 The Blogs
Yoel Collick
Apply for a Blog
Advertisement
Please note that the posts on The Blogs are contributed by third parties. The opinions, facts and any media content in them are presented solely by the authors, and neither The Times of Israel nor its partners assume any responsibility for them. Please contact us in case of abuse. In case of abuse,
Report this post.

Let’s start with the glass half full. On two counts.

First, Israelis came out to vote in huge numbers, seemingly the highest since 1999. This is despite the fact that this is the fifth round of national elections in three and a half years. As Israel’s President Herzog said, such admirable turnout suggests confidence in Israeli democracy. It is also a testament to the fact that the country’s population cares passionately about its future. Free and fair elections are an immense privilege that people have fought and died for – and in some parts of the world continue to fight and die for – and should not be taken for granted; all the more so in the State of Israel. Freely voting for our own government in our sovereign land embodies the longstanding Jewish desire, encapsulated in Israel’s national anthem, “to be a free people in our land, the land of Zion and Jerusalem.”

Second, populism and far right politics is on the march everywhere around the world, not just in Israel. As such, the empowerment of ultra-nationalists like Ben Gvir and Smotrich, and the harmful rhetoric of Netanyahu, does not indicate a unique malaise of the Zionist project. From Sweden and Italy to India and the United States, populism (on left and right) and ultra-nationalism are on the rise. Considering the many fault lines in Israeli society over religious, social and ethnic identity, as well as the serious and relentless security threats the country faces, it is noteworthy that Israel staved off such extremism for as long as it did. Moreover, populism is often (optimistically) viewed as something that is temporary: it is excellent at identifying and amplifying public concerns, but is also frequently unable to provide the solutions, bringing the phenomenon crashing back down again. Israel is one of many democracies forced to ride this wave, and there is no reason to assume it will not ride it adequately enough to return and stay the course.

However, in addition to the (much larger) half-empty part of the glass – namely, that a post-truth populist demagogue set on undermining Israeli democracy appears to be on the verge of forming a government with empowered far-right extremists and ultra-Orthodox fundamentalists – the half-full elements also merit reevaluation.

That the country cares passionately does not compensate for the fact that huge swathes of the country are passionate in the wrong way. The passion is tribal, and often guided by ignorance, bigotry and poor education. Democracies are not self-sustaining, but are rather dependent on the democratic values professed by educated citizens. They are also safeguarded by judicial checks on mob rule and governmental overreach. Yet, Israel has witnessed huge swathes of the population fall under the spell of cultish post-truth politicking, in part due to wholly inadequate education (consider the Haredi refusal to include secular education in its school curriculum). Meanwhile, the prospective government is set on defanging the judiciary of its ability to conduct checks and balances. While we should be grateful that voter apathy is not a current issue, we must not be complacent that free elections are the only the leg on which democracy stands.

Now on the matter of the second count of the half-full cup. That populism and the far right are on the rise everywhere does not mean that Israel is in the same proverbial boat over global choppy waters. It is precisely Israel’s praiseworthy resilience to extremism as outlined above that makes it particularly vulnerable to the dangers of populism and the far right. With so many fault lines that appear more unbridgeable by the day – in part due to many years of skilled and cynical campaigning by Netanyahu – the potential damage is all the greater, and the wounds harder to heal.

The rise of the far right in Israel has a much greater chance of setting the country on fire, quite literally. Sweden and Italy do not have a delicate security situation in which their militaries police hostile populations, nor do they have ethnic minorities within their borders who share kinship with actors engaging in terrorism and war. Nor do they have the Temple Mount: a national and regional flashpoint par excellence. Meanwhile, in Israel, the extremist, gun-toting, Ben Gvir, who counts conducting provocations on the Temple Mount as a legitimate hobby and wants to expel “disloyal” Arabs, also seeks the Police Ministry portfolio. Even if he does not end up in government, this heinous rabble-rouser and his gang will be well-represented in Knesset: a recognised voice of political authority with large parts of Israel’s population as their political constituents.

Meanwhile, with regards to the Haredim, Israel continues to walk into the abyss. Currently just 12% of the population, this rapidly growing demographic is projected to constitute a third of Israeli society by 2060. The Zionist project is collapsing before our eyes, sacrificed on the altar before religious fundamentalism that characterises much (but not all) of the Haredi community. Current small shifts towards moderation, modernisation or integration within the community – frequently over-exaggerated by complacent or disingenuous commentators within right-wing and religious circles – are insufficient. Haredi fundamentalism is fast becoming the dominant face of Israel and the Jewish world. Their exclusion in the last government offered a ray of hope. Their potential return heralds the premature death of noble governmental efforts to encourage necessary steps towards moderation and integration. Israel’s demographics do not bode well in terms of any light at the end of a tunnel.

There is some solace to be found in the cup part full, but we must not overstate it, lest we indulge in complacency. The situation is dire indeed, and it requires determined action to try and fix it.

About the Author
Yoel Collick is a writer and researcher of Jewish, Israeli and Middle Eastern affairs based in Jerusalem. He has a degree in History and Political Thought from the University of Cambridge and served in the International Cooperation Division of the Israel Defense Forces.
Related Topics
Related Posts