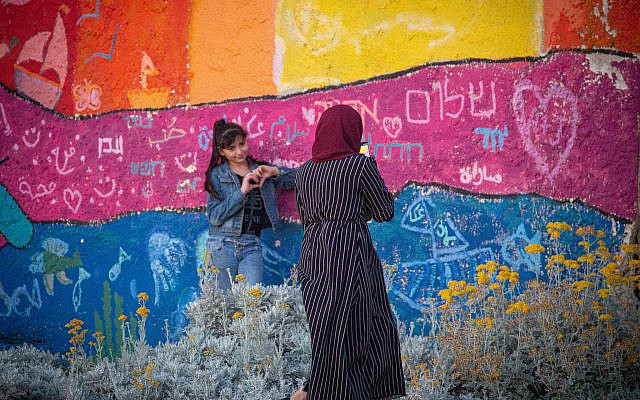 There’s something about Akko – or Acre as it is also known – that draws me in, the layers of ancient civilization, preserved for us to roam endlessly, fueling our imaginations, the ever-present sounds and smells of the sea, the alleyways and infinite opportunities to explore and discover – and, of course, to photograph. 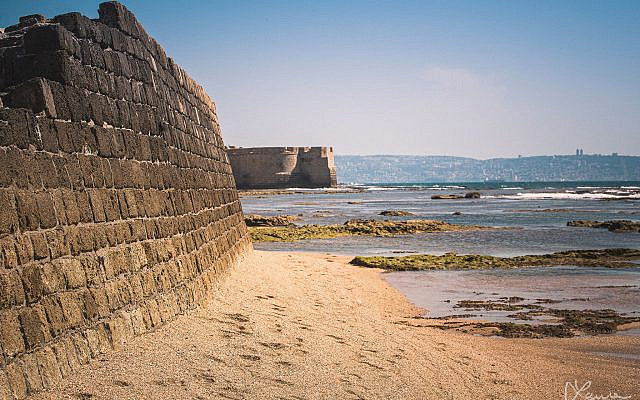 For these reasons and more, I always grab the opportunity to make the 2+ hour drive to Akko. And so it was with delight that I agreed to a 45 minute work program there, knowing that I would find something else to do once I was there, even if it was just wandering aimlessly about with my camera: exactly what I ended up doing.

I thought I would gain a day at the beach, some beautiful images and a bit of fun. But on this trip, I gained something beyond the expected.

Typically my trips to Akko have me put ‘Old City’ into Waze and I spend my time wandering around between the port and the Napoleon-era cannons on the Old Wall near the visitor’s centre; but this time I thought I’d venture to uncharted (for me) territory and so I put the slightly further north  Promenade into Waze and took it from there. 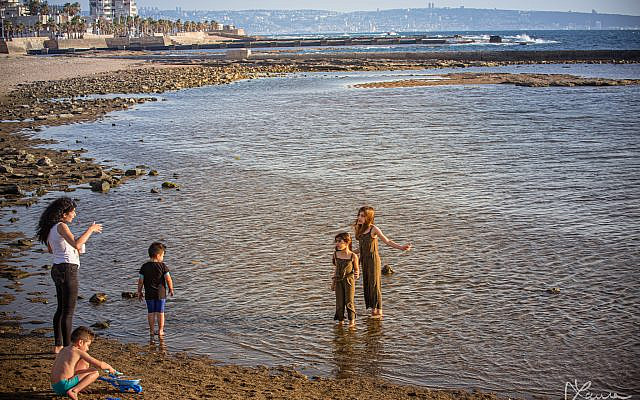 The Promenade (Tayelet ha-Khof ha-Tsfoni) is exactly how you’d imagine a promenade at a seaside port city to look, with the addition of ancient walls and other artifacts. What I DIDN’T expect is what a small-town feel I would get while there. The most similar experience I’ve had was probably the promenade in Jaffa, a city adjacent to the even more populous Tel Aviv; with a combined population at nearly half a million, you can wander around for hours with total anonymity. Acco, with a population a mere tenth of that of Tel Aviv-Jaffa, was an entirely different – and delightful – experience. 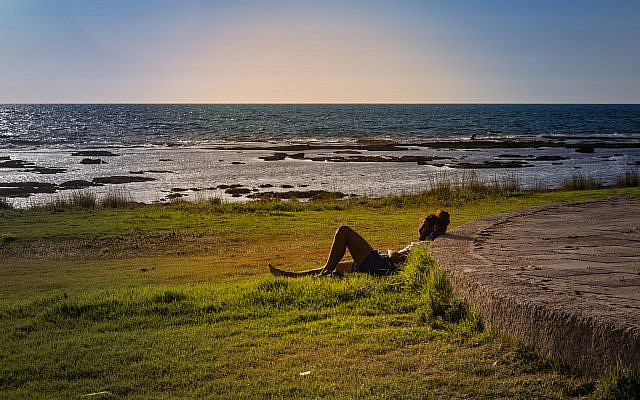 Acco and Jaffa have something else in common – both are mixed Jewish Arab towns. While I live in Gush Etzion, and often interact with Arabs, it is, unfortunately, a very different type of interaction, one that, too often, is laced with caution. In Akko, I felt none of the tension or accompanying caution – and much of the coexistence I wish we had everywhere.

In Akko, I felt something else that I didn’t necessarily feel in the bustle of the Gush or in the hectic crowds of Tel Aviv: approachability. With about two hours until sunset, I wandered about, never out of sight of the sea. I explored the ancient walls along the promenade, took some selfies, and posted one on Instagram. I observed families playing by the water and the playgrounds; individuals running, relaxing, walking dogs; groups of friends hanging out… 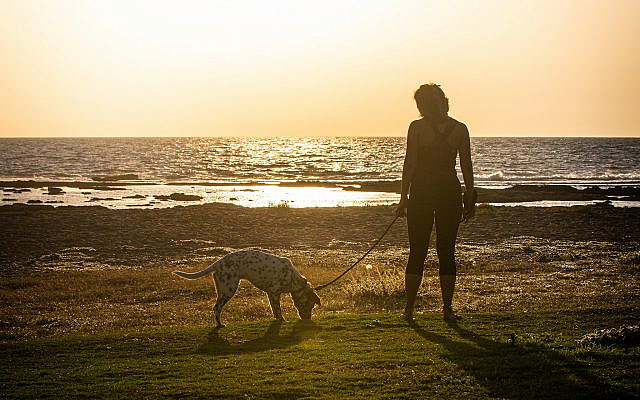 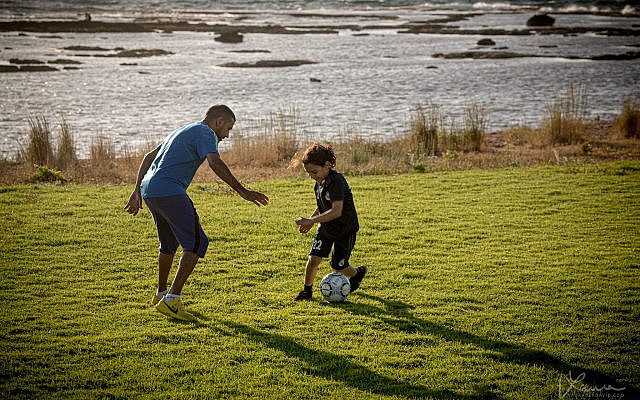 As the sun dipped below the horizon, when the fiery reflection that had me totally mesmerized had faded into dusk, I packed up my camera and started heading back up the promenade to my car. It was only then that the first incident occurred to indicate just how small Acco was… A woman I’d never seen before came running up to me and said in Hebrew, ‘There you are! I’ve been looking for you!’ I turned around to see who she must have been talking to but there was no one else there. 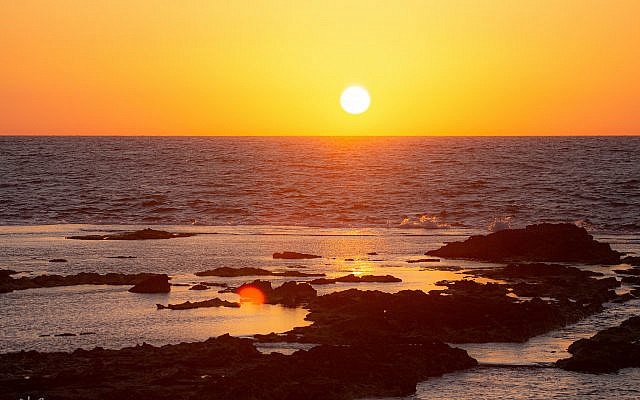 ‘You were looking for me?’

‘Yes!’ she said to my amazement. ‘There was this bird with a fish… it was incredible! I knew you would want to photograph it…’

Unbelievable. A woman sees something photo-worthy and searched for the one person she happened to see wandering around with a camera. 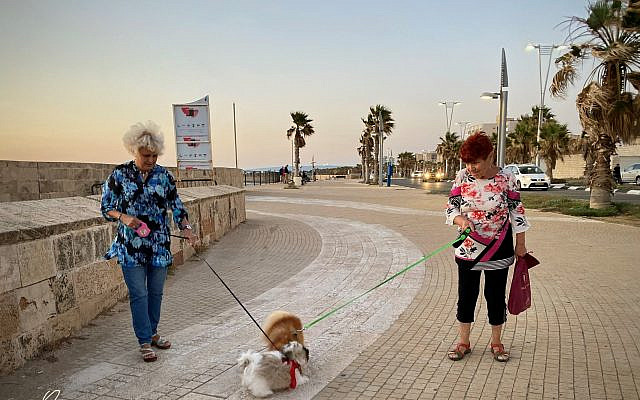 I received a text message on Instagram from someone I’d never spoken to named Mohamad: ‘Why didn’t you take a picture of me?’

‘Oh were you with that group of guys wearing black shirts?’ I answered right away, though I knew I had photographed ALL of the guys in black shirts (and sent them their photos) plus I’ll admit to being somewhat surprised at receiving a message at all when I’d never even introduced myself or said my name to anyone. 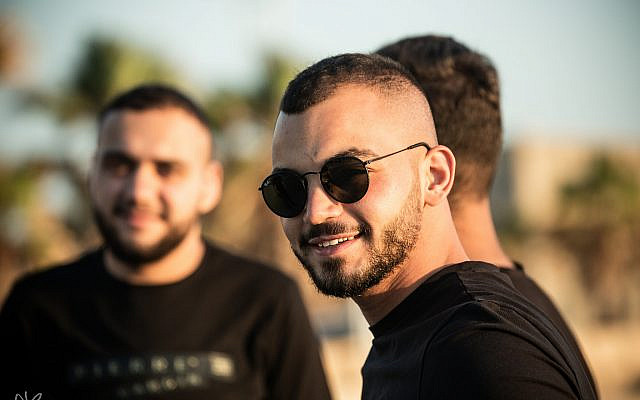 The guys with the black shirts. (Laura Ben-David)

Now I was totally perplexed. ‘So how do you know who I am?’

‘I saw the picture you posted on Instagram. Then I looked up and saw you walking by…’ 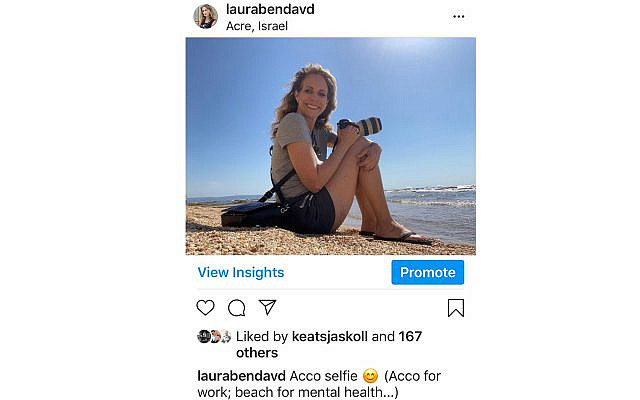 I’m sure my mouth gaped in astonishment. For now I knew with certainty that Acco is beautiful, mysterious, exciting… and a really small town that to my mind offers some of the best Israel has to offer – incredible sights, glorious seaside, and, most of all, its people. 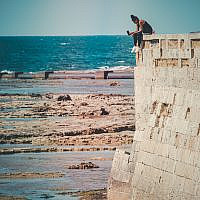 Would YOU be willing to sit there? 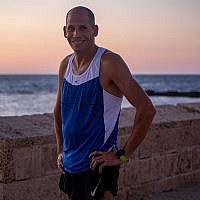 Marathon runner who asked me to photograph him 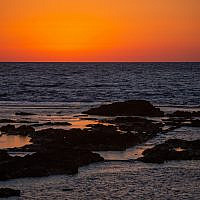 I couldn’t get enough of that sunset… 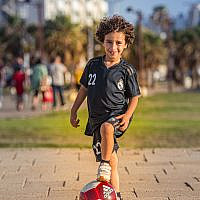 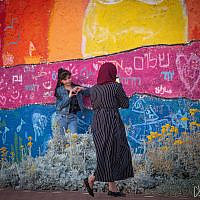 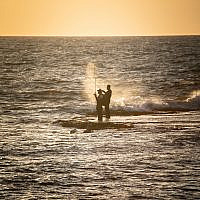 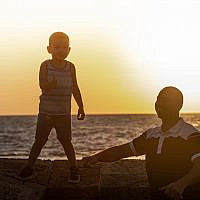 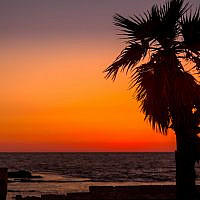 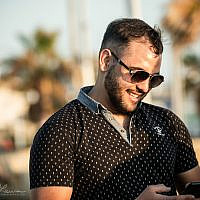