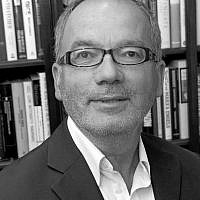 The Blogs
Saul Zadka
Apply for a Blog
Please note that the posts on The Blogs are contributed by third parties. The opinions, facts and any media content in them are presented solely by the authors, and neither The Times of Israel nor its partners assume any responsibility for them. Please contact us in case of abuse. In case of abuse,
Report this post. 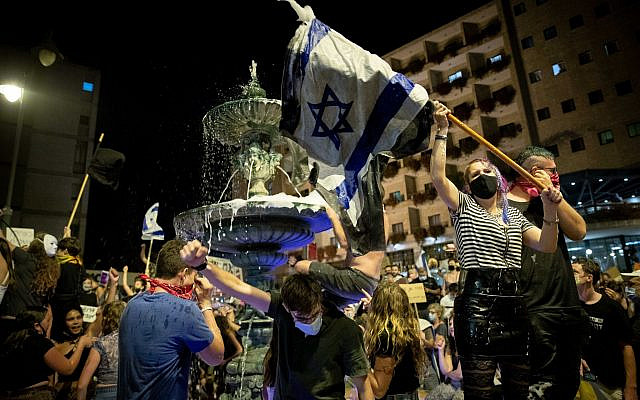 It was on 16 April 2013. The Israeli royal couple was about to attend the funeral of Margaret Thatcher in London and they landed at Heathrow in style. A month later it was revealed by a whistle blower that at their request the obedient EL AL airline fitted a double bed into the plane in a specially designed enclosed bedroom at the cost of £106,000. Given the fact that the duration of the flight was less than five hours, one can assume that they used the sleeping facility in between fastening their seatbelts, somewhere between Cyprus and the English Channel, napping horizontally for three hours only.

A reasonable person might feel an urgent need to puke over such a story in which a head of a democratic state, not an Arab “dictator, would so cynically use taxpayer money for such a pointless vanity. However, the under-reported flying double bed was just the tip of an ice cream”. The unimaginable corruption of Mr. Rottenyahu and his wife, before and after that episode, exceeded all boundaries of sanity. Four years ago, to avoid a similar public outcry in the future, he came up with a brilliant idea. He instructed the purchase of what is destined to be an Israeli version of “Air Force 1” so the bedroom would be built-in already, a Dreamliner that would be fit for a king and comfortable for a queen. After endless adjusting with all the possible trappings the cost of this airborne white elephant may reach the magic sum of one billion dollar.

The Anglo-Jewish community is aware of the charges that await the Israeli PM in January. They include fraud, bribe, and a breach of trust. But not much is known of dozens other hair rising misdemeanours. In total, he and his wife are so far involved in 48 known scandals and more are to be revealed. They include a string of offenses from abusing domestic staff to brutal assaults on the state purse. The public that was angry at the expenditure of $2700 for an artisan ice cream (especially Pistachio and vanilla), did not realize that their greed ran much deeper. The madam, who was ordered to return the proceeds of recycled bottles that she pocketed, was already convicted by court for illegally misusing thousands of pounds in public funds on catered meals from prestigious restaurants despite having an in-house cook paid for by the state coffer. The list of this Israeli version of Marie Antoinette, known for her short fuses, is ended.

The tactics of the politician in question are simple. Denial, denial, and denial again, like Vladimir Putin, a politician that he admires. And if the mantra proved to be ineffective, his solution would be to blame others. (The opponents are always “leftists” and “anarchists”, straight from Trump’s book of dirty tricks). And when all fails, the weapon of judgement day would be handy, and it is called distraction. On his first appearance in court last June he was accompanied by some of his Covid-mask wearing ministers and launched an aggressive attack against the judges. It looked like a scene from the film Godfather.

The readers of this newspaper may react in disbelief, but the threat to annex parts of the West Bank did not stem from a concern to Israel’s security or out of dedication to biblical history. These swaths are already de facto annexed. The plan was designed to divert attention from his forthcoming trial and even to create chaos that may delay the legal proceeding against him by provoking a conflict across the border. The fact that the annexation ploy did not eventually materialize should not be attributed necessarily to the EU or John Biden reactions. More than anything else the idea was shelved in the wake of the Corona virus that strikes the Israeli economy extremely hard after an early success to fight it. The public, right, centre, and left would not tolerate such an expensive misadventure during a survival struggle. Last June that same PM demanded a dubious tax return of about a million Shekels for his second home in the resort town of Caesarea. The angry reaction was overwhelming, and the request had been delayed due to “bad timing”.

Our community can rightly feel pride at Israel as a “start-up nation” and at having one of the world’s best spy agencies. But it must make a distinction between the state and its current corrupt over-inflated government that contained more than 50 ministers and deputy ministers, some of them with criminal record. It can no longer look the other way, not least because this politician had failed to be properly elected in three successive elections. It should refuse to communicate with the next “ambassador”, a former minister of settlements, who was given a perk of three years in London where she is bound to be the laughing stock of the media. The moral degrading of such a “leadership” is a stain on the conscious on of us all. Israel is too precious to be left to the Israelis only. We have to save Israel from itself.

Last Saturday had seen the largest demonstration against the PM outside his official home in Balfour Street. It was a coalition across the political board that consists of 10,000 law-abiding decent citizens who wish to get rid of him as a first step towards healing their broken society after a decade of incitements and divisions. And as with Balfour himself, while turning in his grave and admire the country’s achievements, he may wonder sometimes if his declaration was a good idea.

About the Author
Dr. Saul Zadka, a London-based journalist is completing a book about the Jihad in Britain
Related Topics
Related Posts
Comments