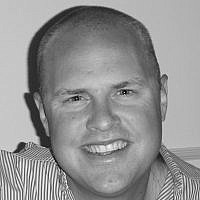 The Blogs
Mark Silberstein
Apply for a Blog
Advertisement
Please note that the posts on The Blogs are contributed by third parties. The opinions, facts and any media content in them are presented solely by the authors, and neither The Times of Israel nor its partners assume any responsibility for them. Please contact us in case of abuse. In case of abuse,
Report this post.

I can’t read any more about the “agreement”.  Twenty-four-day waiting period, snap back sanctions, flawed inspections, any time-anywhere, side deals with IAEA…I have read it all.  I understand the agreement is far from perfect as it maintains and recognizes Iran’s right to become a nuclear power.

However, with all the flaws and risks, this isn’t what bothers me most.  My main issue with the deal is not the poorly written oversights or that it does in indeed preserve Iran’s nuclear capabilities. Prior to Vienna, Israel and the international community did not have an abundance of effective options to stop the Iranian march towards the bomb. Iran was advancing towards a nuclear weapon before this deal and they will continue, albeit slower in the best case scenario, after this agreement.  Israel would still have to adjust and confront a nuclear Iran without this deal.

The major issue with this agreement is the premise of the agreement itself.

The fact that the United States can embrace and bestow such international legitimacy on a regime of this nature is deeply disturbing to me.

As an Israeli I can’t understand how America embraced and empowered a regime that is overtly Anti-Semitic, refutes the Holocaust and has a clear policy of denying the existence of Israel. There is almost a sense of disbelief that the United States is so comfortable engaging and accepting a regime who has made Anti-Semitism & Anti-Zionism part of its foreign policy and national agenda.  This Iranian policy is not abstract.  It is actively carried out by funding and arming multiple terrorist groups fighting Israel militarily as well as in the diplomatic arena.

As an American I am even more disturbed that the United States has empowered such an oppressive and brutal regime.  Iran is one of the worst human rights violators, leading the world in executions of juvenile offenders, persecution of woman & minorities and state ordered punishments such as amputations, public hangings and stonings.  How can America turn a blind eye to the true nature of this regime and empower it with money, arms and above all global legitimacy. More than any flawed inspections stipulated in the agreement, this seems incomprehensible.

The U.S. is so focused on human and civil rights domestically and internationally in countries like China, North Korea, Egypt, Syria, Palestinian/Israeli conflict, Saudi Arabia, etc. How can the U.S. disregard the overtly Anti Semitic and brutal human rights violations of the Iranian Ayatollahs and Revolutionary Guard.  America is lifting sanctions, fostering economic ties and granting legitimacy to the worst of the worst.

Even more unbelievable, America not only empowered this regime through the signing of this agreement, but lead the charge along with Russia and China to relieve any consequences Iran faces as a result of their regime’s policies. If America doesn’t lead the international community in confronting the worst human rights violations and state sponsored Anti-Semitism, who will?

Besides their nuclear capabilities, the Iranian regime has regional aspirations, which include confronting Israel and other US allies. Iran is now unencumbered to pursue it’s stated agenda domestically, militarily and regionally.  Securing nuclear capabilities in 3, 5 or 10 years (whenever Iran choses to break this deal or abide to the end) has squashed any legitimate domestic opposition and extended the life of this oppressive regime and its long sought after policies.

Anti-Semitism, human rights and advancing US regional interests should be the starting point of these negotiations rather than the post script afterthought. America should lead the effort to isolate and apply pressure on this regime for as long as it takes, especially when European Anti-Semitism foreshadows the global challenges ahead for everyone.

At a minimum, why can’t the US require recognition of Israel, the Holocaust and even a statement on human rights as a basis to open negotiations?  This could be followed by negotiating a regional strategic realignment towards US interests in other theaters such as Syria, Yemen, Iraq and Lebanon.

Given their isolation and rapidly declining economy at the onset of these talks, do we really think Iran would have permanently walked away if the US had required this be the basis for negotiations in exchange for hundreds of billions of dollars in economic relief, international legitimacy and maintaining nuclear capabilities?  We will never know.  This represents a moral as well as a strategic failure by President Obama. If this price is too high for the Iranians to enter the community of nations, isn’t that indicative of their commitment to these bigoted principles?

After all, we shouldn’t forget that following the 1991 Madrid Peace Conference, Yasser Arafat and the PLO were required to acknowledge the existence of Israel in order to gain a “seat at the table” and international political legitimacy.

The consequences of turning a blind eye to the true nature and aspirations of the Iranian regime is the real danger of this agreement. It empowers and validates these policies instead of addressing them with strength and moral clarity. Confronting, not empowering, the true nature of this regime is what Americas role in the global community should be.

Only once this is confronted by America should the nuclear issue clearly be addressed. There must be some minimum “price of admission” for a nation to become a legitimate member of the international community.  This agreement imposes no price for Iranian Anti-Semitism or human rights violations, thereby condoning it.

How can the first African American President, who has such a unique perspective on oppression, allow this to be his legacy let alone the policy of the United States? The consequences of ambiguity or lack of convictions to confront oppression and Anti Semitism is incredibly dangerous for Israel and as well as America. It will encourage these evil forces not abate them. It will lead them to our doorstep.

The effects of this policy shift are the true danger of this deal. It will be felt in every aspiring opposition group fighting for human rights around the world and especially in the Middle East.

It is undeniable that over the last 60 years the U.S. policy of turning a blind eye to Mideast dictatorships for the benefit of short term stability has contributed to instability in the Middle East. This deal with Iran seems to be a dangerous continuation of this policy at the highest level for the sake of several years of quiet under the best case scenario.

No doubt there is a chance this agreement can delay an Iranian bomb. History will judge the Iranians true nuclear intentions.   However, we don’t need history to understand that this US lead agreement condones and empowers an oppressive regime who is well on it’s way to having new found economic, diplomatic and political legitimacy.

I can’t understand how that advances America or Israel’s interest.

About the Author
Mark Silberstein was born in Cape Town, South Africa and currently resides in Zichron Ya'acov, Israel . He studied at Tel Aviv University and worked as a Public Relations Director at the Israeli Consulate in Los Angeles 1999/2000.
Comments