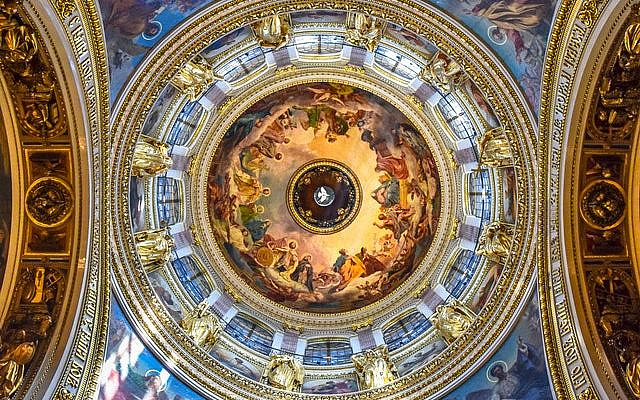 We were relieved to learn that the reports of the Pope ogling naked young women’s Facebook pages were false and that he is hard at work tending to his flock.

We do not know the United Kingdom’s Archbishop of Canterbury’s taste in women but were surprised to hear that he is taking a sabbatical for “spiritual renewal”.

Many are questioning whether this is the right time to take a paid holiday. With society facing unprecedented challenges as the pandemic sweeps the globe, we would expect the Archbishop to be at the forefront of efforts to help parishioners in need of spiritual comfort and advice. Instead, he will spend his holiday in his six-bedroom house in Normandy, France. It is not clear who will be occupying the other five bedrooms. Perhaps the Pope has some recommendations.

If Archbishop feels that he is unable to do the job he is being paid for, perhaps resignation would have been a better, more moral, option.

Here in Israel we have similar situation; there are two chief rabbis: an Ashkenazi chief rabbi and a Sephardi chief rabbi.

We are reminded of the song by Flanders & Swann, The Gas Man Cometh – It All Makes Work for the Working Man to Do.

But why, you may ask, are there two archbishops? It dates back to the year 664 CE when the two kinds of Christianity were fighting with each other over several issues. Most importantly they could not agree when Easter should be celebrated. After a meeting at Whitby Abbey, they finally agreed that the Archbishop of York would take ecclesiastical control of the North of England and the Archbishop of Canterbury would take ecclesiastical control of the South of England.

But what do these archbishops actually do? How do they justify their large salaries and comfortable palaces?

As leader of the Anglican Communion he leads 38 provinces in communion with the Diocese of Canterbury. There are about 70 million members around the world.

He is the Metropolitan for the Southern Province of the Church of England and looks after the bishops and clergy in southern England.

In his ecumenical role he looks after the Anglican family of other Christian churches in both the United Kingdom and abroad. And in his Inter faith role the Archbishop leads Anglican relations with other faiths.

Yes, but what does he do?

So, what does he do?

Another song comes to mind – When Wellington thrashed Bonaparte, As every child can tell, The House of Peers, throughout the war, Did nothing in particular, And did it very well. (W.S.Gilbert – Iolanthe, ACT II)

It is clear that the archbishop of Canterbury has plenty of time on his hands and can afford to take his much-needed sabbatical, and keep himself in good spirits.

So now we know what an archbishop, living in a palace, does to warrant their high position and large salary – almost nothing, but they do it very well.