Jonathan Goldstein’s father hadn’t talked to his brother in decades. Worried that one of the brothers, now in their eighties, might die before they could reconcile, Jonathan tried to engineer a reunion. “I don’t have feelings about it,” his father initially said. “He hasn’t shown much interest.”

Over time, Jonathan continues to push. Eventually, he manages, by sheer force of will, to get his father and uncle into a room together, and to actually talk about the fears, resentments, and tensions that led to their estrangement. They talk about the fact that when their parents divorced, their mother briefly took the older of them with her, leaving the younger with their father. The younger had always resented the older, assuming that their mother chose him because he was her favorite, but now he learns that the older brother had, in fact, suffered abuse at the hands of their father. Their mother had protected him first because he needed it more.

As the conversation goes on, the relationship thaws, and the brothers renew their fondness for each other. This, by the way, is what Jonathan Goldstein does professionally. 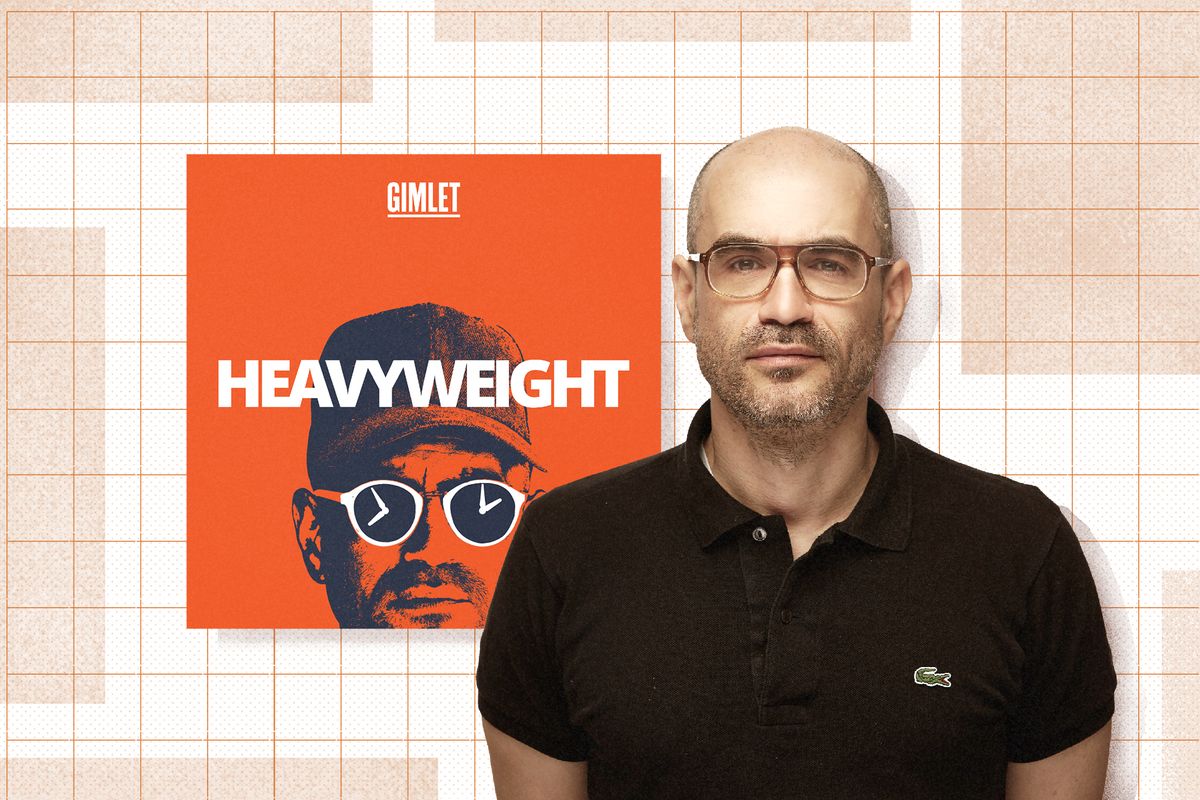 He hosts a podcast, called Heavyweight, where he helps people resolve questions and tensions from their past, often by reconnecting with someone from long ago. Sometimes, a relationship was eroded simply because of distance and circumstances, but often, there was some tension driving the people apart. 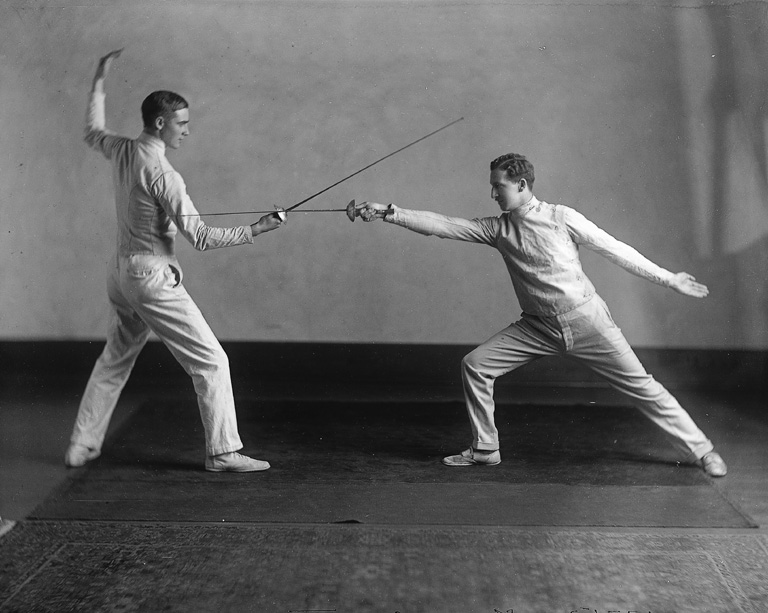 Stories of reconciliation offer tremendous hope. But as we know, not every relationship can or even should be repaired. If a person is truly dangerous, or truly resistant to engaging with us, conversation may not get us anywhere. We need to find a way to protect ourselves, and that may mean giving up on trying to connect with them.

How do we know when to engage with someone, and when to shut them out? When might a conversation result in new understanding, and when might it only lead to more pain?

On Shabbat Zakhor, we read about someone with whom the Torah tells us it is not worth engaging. When the children of Israel were wandering in the desert, they were attacked by the people of Amalek. In today’s reading, we are told to blot out not only Amalek, but even their memory. Their crime was so great, that there is no hope of a peaceful existence with them or with their descendants.

What is it that Amalek did to merit that judgement? The text tells us that “undeterred by fear of God, he surprised you on the march, when you were famished and weary, and cut down all the stragglers in your rear.” The commentator Ibn Ezra makes it explicit: Amalek targeted the feeble, the people who were already having trouble keeping up. In other words, Amalek preys on those who can’t defend themselves. Amalek is the bully, the one who only attacks when he knows he will win, the one who takes advantage of other people’s weakness.

The medieval commentator Rashi offers another possibility. According to him, Amalek started a trend, the trend of attacking the Jewish people. “All the nations of the world were afraid to fight [Israel], and then this one came and started and showed the way to others. It is likened to a boiling bath that no creature could enter. A scoundrel came and jumped in. Even though he was scalded, he cooled it down for others.” In Rashi’s understanding, most nations were too afraid of Israel to attack. Once they saw that Amalek had done it, in they rushed. In that view, Amalek’s great sin was not just in being the aggressor, but in setting an example for others. Amalek made everyone else think that attacking the Israelites was a good idea, and so set the stage for more damage than Amalek could inflict alone.

Over the generations, Amalek came to represent the epitome of the enemy who needs to be stopped. In the book of Samuel, King Saul was ordered to fight the Amalekites, and he spared their king. That king, so we are told, had a child, who had a child, and eventually, that line gave birth to Haman, whose attempt to murder all the Jews we will read about on Monday night. Being merciful to Agag allowed for Haman to exist, and hoping for an enemy to change can be a dangerous and futile act. Trying to make peace is always risky, and sometimes, it’s not worth the risk. Many consider Amalek to be a stand-in for other vicious enemies of the Jewish people throughout history, and we can certainly point to people over history whose behavior has been reprehensible, dangerous, and not worthy of a second chance.

There is another midrash, however, that offers a different perspective. Although we have been talking about Amalek as a group of people, Amalek himself is mentioned as an individual in the Torah. He was the grandson of Esau, Jacob’s older brother. Amalek’s parents were Esau’s son Eliphaz, and Timna, Eliphaz’s concubine. We don’t know much about Amalek or his parents, so the midrash fills in some details. Because it is unusual for the Torah to give us the name of female characters, the rabbis infer that Timna must have been a notable person, so their origin story for Amalek focuses on her.

Timna, the midrash tells us, wanted to become an Israelite. She came to the founders of that people, to Abraham, Isaac, and Jacob, and they did not accept her. She decided, then, that rather than accept a high-status marriage outside of the Jewish people, she would do whatever she could to get close to the Jewish people. “Better that I will be a maidservant for this nation,” they imagine her saying, “than a noblewoman for another nation.” Becoming Esau’s son’s concubine was as close as she could come to joining the Israelites, so she took that opportunity. Now that part of the story is fascinating by itself, but the really amazing part is what comes next. “Ultimately, Amalek, son of Eliphaz, emerged from her, and that tribe afflicted the Jewish people. What is the reason that the Jewish people were punished by suffering at the hand of Amalek? It is due to the fact that they should not have rejected her when she sought to convert.”

Wow. Suddenly, we’re not the victim in this story. Later on, we will become victims, but at this moment, the moment that Timna comes to our ancestors, we are the ones who lack generosity, the ones who are xenophobic, the ones who are hard-hearted. It seems that in this version of the story, Abraham, Isaac, and Jacob got it wrong. Here was a person with whom they thought it was not worth forming a relationship. They wrote her off, sending her away, and refusing to accept her desire to join them. As a result, they created the enemy they treated her as. Someone who was worth forming a relationship became the progenitor of a people who were not.

I want to be careful to avoid suggesting that it is always the victim’s fault when they are treated badly. There certainly are many people, including Amalek in this story, who behave reprehensibly without provocation. I don’t think the authors of this midrash are arguing that the Israelites in the desert deserved to be targeted, or that the Jews of Shushan deserved Haman’s attempted genocide. And I don’t think they are saying that Amalek’s origin story legitimizes his people’s behavior. However, we can understand a person’s anger without justifying their actions. We can understand that a person has legitimate grievances even if we disagree with how they responded to them. This story is an amazing piece of self-reflection in the way that it considers that “our side” is not always completely in the right, and it makes an important statement.

Sometimes, when we think a person is not worth engaging with, we might be wrong. Sometimes, we may think that a person’s beliefs are just too insulting, or too dangerous, or even just too different from our own, for it to be worth our time and energy to listen to them. And sometimes, we may be right. But other times, we may miss out on a valuable friend or ally. Sometimes we may create an enemy where they didn’t need to exist. It is easy to close people out. It can bring a sense of safety and of validation, and it doesn’t require us to put ourselves out there, to have to explain ourselves. It can be much harder to invite someone in, to hear their story, which is so different from our own, and to be open to adjusting our worldview to include their story.

Jonathan Goldstein’s father and uncle had two different stories about their childhoods. Hearing the other person’s story didn’t change the experience that they each had had, but it did help them rediscover empathy for one another. They could easily have lived out the rest of their lives without interacting again, each nursing their own grudges. It was only because of their son and nephew’s forceful intervention that they managed to come together. Most of us don’t have someone facilitating challenging encounters for us. If we have a productive encounter with someone with whom we have distance, it’s usually because one of us chose to make that step.

As we blot out the memory of Amalek’s descendant on Purim, let’s remember to question who we choose to close out and to whom we choose to open up. It’s very likely that somewhere, there is a Timna, just waiting for us to consider her story.